Try reading the tweet. It says “No work is being done right now.” I bolded the important words. Work has already resumed.

IF there will be a 9.2, then the “best case” scenario I see for its release would be December 28th which is the final Tuesday of the year. It would also align with how Blizzard released 9.1 in the final days of a fiscal quarter in an effort to inflate the final figures as the fiscal year is about to end.

As for the content of the patch. I expect very little if any content. It will likely be something similar to Cata’s troll dungeon patch or WoD’s selfie patch. A “filler” patch which only serves to allow Blizzard to end the expansion on a “.3” patch once they release the “real” patch, because to end an expansion on a “.2” patch would be terrible optics.

Try reading the tweet. It says “No work is being done right now.” I bolded the important words. Work has already resumed.

I already had this conversation with someone else how about you try reading.
Also, do you have a source that regular work has resumed on wow? That would be great.

I honestly wonder what people who say this are actually thinking. “Pack up yer bags bois, this billion dollar franchise is over because Alex Afrasabi got a little handsy”. Actually lol.

Also, do you have a source that regular work has resumed on wow? That would be great.

The existence of Blizzard employees trying to organize walk-outs outright tells us that they have work to walk-out on. Work has resumed.

I need to watch my tone; re-reading what I wrote, it does sound like I’m putting down the idea.

No, I’ve no problem with re-visiting older zones. Was just predicting what I thought most likely as world content in the next patch.

There’s some dialogue in game referencing ‘the land of the First Ones’ or something, which may imply some brand-new area we’re to go to next.

But given the length of time needed to develop 9.1, and the pressure the WoW team will be under to deliver a brand-new expansion in 2022, it may be that plans for future Shadowlands content will need to be curtailed, and a re-use of existing zones would at least make 9.2 more than just a raid and nothing else. I can see them wanting to offer something more to keep people engaged as long as they can.

Also, do you have a source that regular work has resumed on wow?

I already posted that earlier in the thread, how about you try reading. 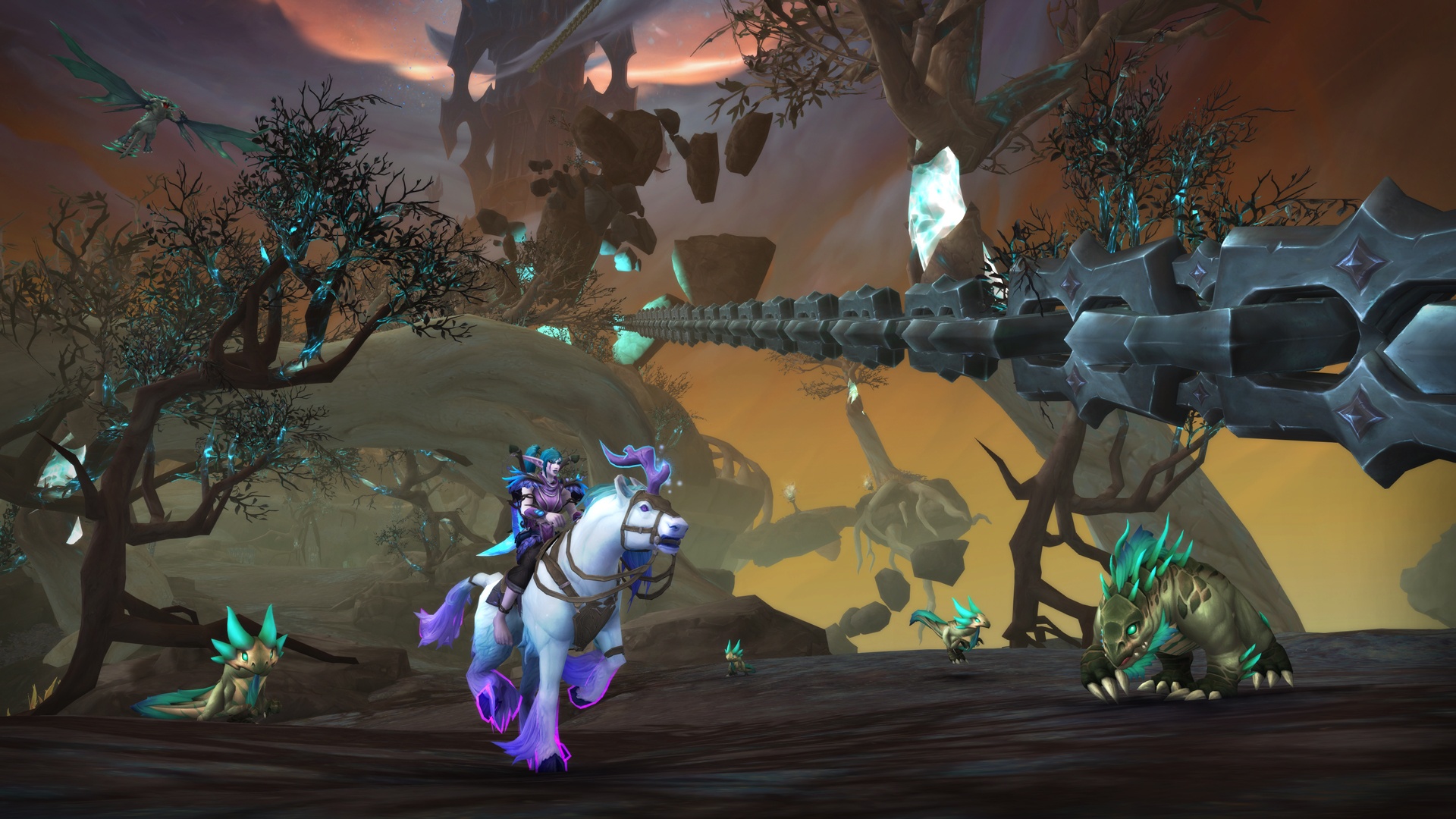 Blizzard added a file today which references functions deprecated in Patch 9.1.5. Could a patch be coming soon? 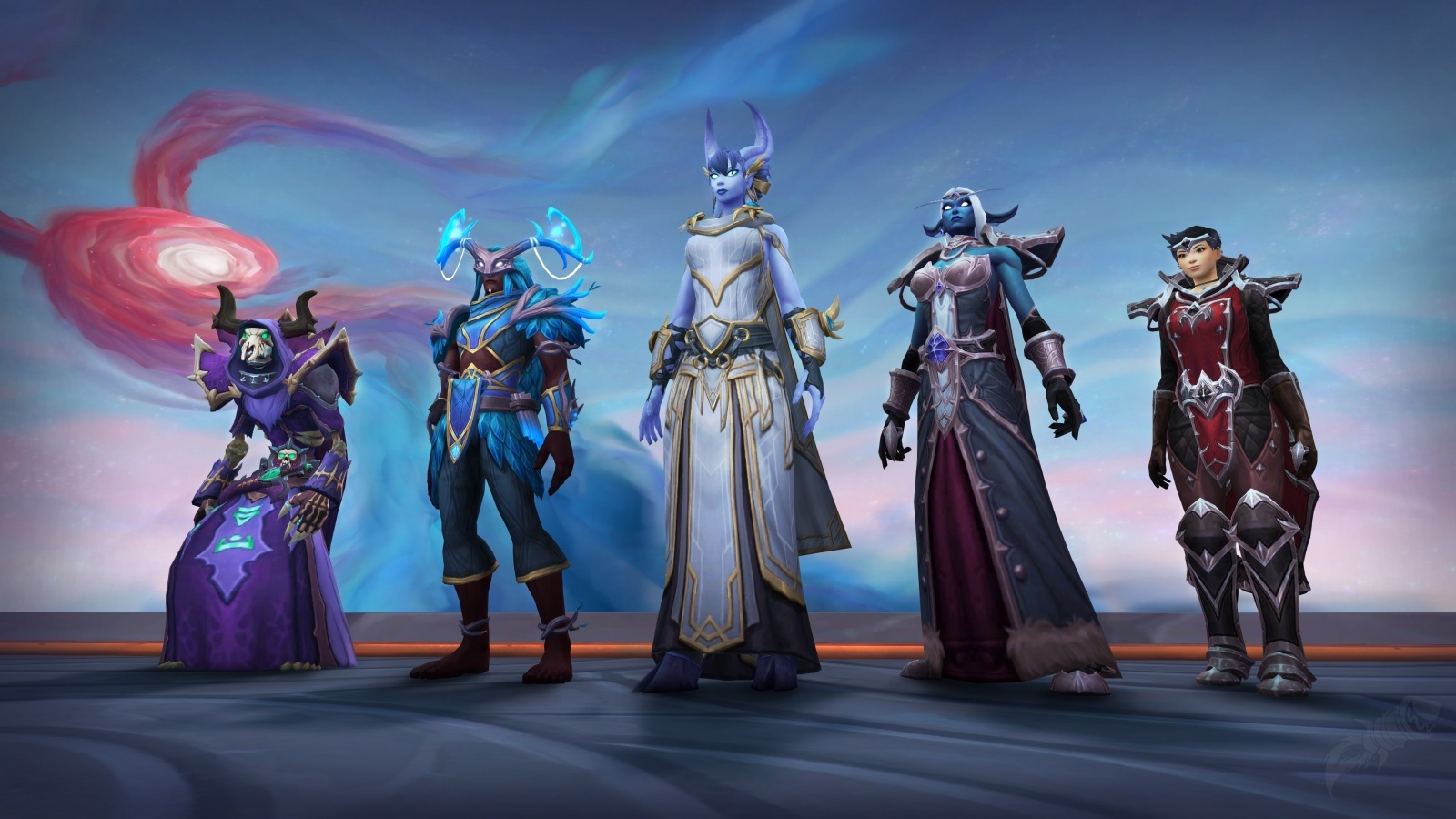 Blizzard have pushed hotfixes containing Soulbind tuning to the 9.1 PTR. These mostly consist of the changes that were announced in last week's Patch 9.1 Patch Notes, but hadn't found their way to the PTR including nerfs to Niya's Tools: Burrs and a...

You bring up a valid point about the conduit upgrade items not being specialization specific. It can be frustrating when you get a conduit for a spec that you may never use.

To address this, we’re working on a change that will go live with next week’s restarts that will allow Soultwining Crescent and Death-Bound Shard to grant conduits based on your current specialization instead of by class. In order to receive the conduits of the spec of your preference, you will need to switch your specialization fully, changing Loot Specialization won’t work.

In addition to this change, we’re increasing the drop rate of Death-Bound Shard when completing Adamant Vaults in Torghast, Tower of the Damned.

Thank you for your feedback!

Shall I go on? Or is this enough?

The last quality patch was 8.2

8.3 BFA was the best patch in recent expansions. Having the power of the old gods with corruption, gems in every slot, azerite, essences. Miss feeling powerful.

Lot of fun builds with corruption to do wonky things.

I said regular work. Learn to read.
A .5 patch and hotfixes aren’t regular work resuming.
They probably already had what little will be in this patch mostly done before all the crap happened that stopped regular work. But its something I guess.

Work is work dude. Don’t try to minimize that work has resumed by shifting the goalposts. You wanted proof that work has resumed on WoW, the proof is there. Hotfixes are work, that requires developers to make changes, to test those changes and make sure everything is up to snuff, and then hotfix them into the game.

8.3 BFA was the best patch in recent expansions

The powers were fun but I don’t miss the endless nag nag nag of the run out of circle negative effect. And it took the less then optimal vendor to get it to that point.

8.3 also had a lot of broken quests at launch, the end cinematic, 50% balance adjustments, lack of achievements other than the very basic ones ( no Mecha-Done like ones for the zones ) and the multi mask visions didn’t appear to be play tested at all. Alleria with 5 masks was just wall to wall affix throw up.

And it’s were this apparent fascination with CC on everything started. It’s like the devs started to view their job as combating the players instead of making a fun game and just said “F-it, MC them off a cliff and we win.”

It’s really were you see the polish drop off and that they were probably already way behind for 9.0.

The powers were fun

Sooooooo much fun. Doing 30 Tanks Heroic Raids with TD and SotW was the most fun I ever had Raiding EVER!!! It spoiled me. Then pure Stat Amp builds with Stat Azerite and gems. It was amazing!!! My Prot Pal was Block capped with everything popped.

run out of circle negative effect. And it took the less then optimal vendor to get it to that point.

That part we don’t miss but I’d gladly have it back to wield the powers of the Old Gods again. Compared to now where my character feels week. Zovaal is lucky he didn’t try any of this stuff in 8.3 when we were actually powerful.

8.3 also had a lot of broken quests at launch, the end cinematic, 50% balance adjustments,

Yea but I came back specifically to play 8.3 and while I did miss that. The reason I came back after a year off was because I saw the potential fun and synergy between corruption, azerite and essences. It didn’t disappoint either.

One of the other reasons SL is the worst is they keep trying to keep us weak! It’s seriously annoying. Why in 9.1 nerf armor and shield block value to just do it? How am I ever going to get back to feeling powerful again, or worse yet…maybe it never comes. Which is why I hardly can play these expansions anymore. I leave for a long period then come back when it looks like I might actually be powerful and have fun. SL is a long way off from that.

Wow is death they are just milking since the servers are cheep to run.

Al killed wow. All who migrated won’t come back and every new player will know if you will spend 1000hrs of your life better do it on other game

i predict in 9 more months

After this soldier finishes seeing all the important stuff. 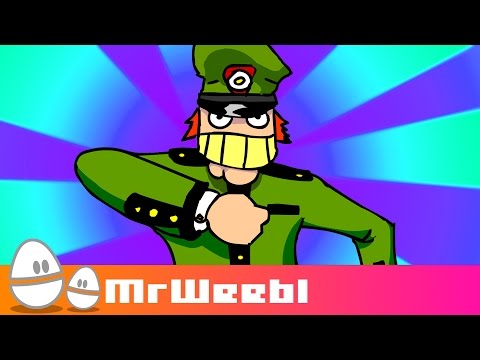 I agree that I think 1.5 will be seen in some form soon. They have to know they cant afford to hold off too long on putting in some improvements (and .5 patches are generally quality of life things like skips). Its now past the middle of August - if they are going to have it come up prior to November it really has to appear on the PTR soon.

Assuming they even do a PTR on it and dont just launch it as is.

It’s the height of foolishness and hubris to try and do something special for 9.2.

The people who’ve left HATE Shadowlands and no new lipstick is going to change that. Many are enraged at the story and at this point nothing will do, even reversing it will piss off other people.

The best thing they can do to get people back from FFXIV is not some quick paint job or slapping on short-lived quality of life fixes at the end of a maligned expac. It is making a simply amazing next expansion that makes people want to give them another chance and trust them again. It is making another expac that doesn’t contain rushed appeals and positives but real positives and appeals carefully and lovingly designed in a new expac designed around their inclusion rather than bolted on. That listens to player feedback on long-standing issues. That indicates a change of dev attitudes and that the rock star idea has been totally snuffed out and that they now understand they make content for us to enjoy. That our opinions matter. That they are often wrong and often horrendously so. That they have an arrogance issue and a listening problem.

They should go all in, balls to the wall on the next expac if they want a chance of not spiraling into oblivion.

There are so many things to do. Even doing some of them and showing some gestures of good faith, some contrition towards the community would be nice.

I agree with you. The problems with the game are deep and many and cannot be fixed in a single patch. It will take the next expansion to do right.

As for 9.2, don’t underestimate management’s ability to make a knee-jerk reaction and craft complicated solutions to things that are not problems.

Well first they’d have to dig through their spaghetti code and undo the change that disallowed alliance and horde to communicate without it sounding like whispers from the depths of hp lovecraft’s mind.

I expect 9.15 to come out around nov to match ff14, the patch will have a long list of half a** qol fixes that only address the surface of problems that existed since beta