It seems like they want us to be less tanky, lmao. 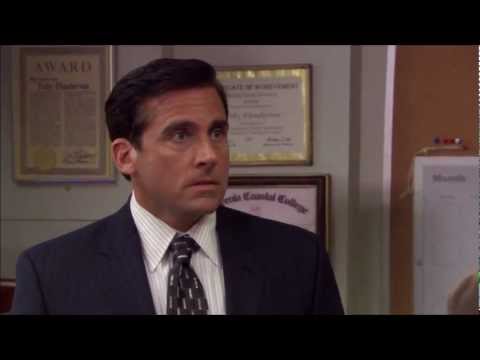 At least for enhance that doesn’t use a shield this hurts. I understand this is alpha and everything is gonna change, but i was happy they added more defensive traits to the class, but it seems like as an hybrid we would have to rely on big offhealing again and being squishy. I know those are small nerfs but everything adds up.

PS. Blizz you have time to get us Shamanistic rage

Not happy about some nerfs in general tree as well. Posted feedback to them in the general tree talents thread.

I wouldn’t say some of the adjustments were surprising.

Shaman were looking to suddenly have a lot of durability and a lot of movement options. So I do understand where they are coming from. And if we had gotten this current state I woulda been happy as it is.

Durability is for fury warriors. Can’t let shamans be able to take a hit in melee. Think of the children!

Not gonna lie initial tree kind of had it all.

Spirit walker’s grace nerf made me sad too tho 1 min walkers sprint and 1 min spirit wolf alongside everything else (talking warding, bulwark etc etc) and you can see that we would of been kinda OP

Rather we start off stronger and pruned down some rather than start 10.0 mediocre again

that im okay with the SWG stuff, it upsets me that our defensives got shafted pretty hard though.

Should listen to some of the high end PvErs like Limit max talk about the shaman trees.

Having flat 6% redux to ALL damage, 70% wall, Earth Ele wall etc on top of all our instants and mobility the entire package was prob too much.

one of the sturdiest dps and ele is one of the most mobile casters in a raid setting.

no its not. even with icefury builds its not the most mobile by a long shot, and no where near the tankiest.

i also wnat to clarify that “mobility” in raids means something different than in arena. Mobility in raids is “damage while moving” like spirit walkers grace, or instant casts (like icefury frost shocks) which ele DOES excel at.

mobility in arena is moving from point A to point B. to crossing the map, or running around a pillar, or repositioning… which elemental is the acutal worst at. Even in raids elemental is really bad at crossing spaces where as something like a druid can sprint, or a lock can portal or a mage can blink or a hunter can disengage…

so i do kind of agree with Top Tier Raid eles when they say one of the most mobile casters.

i cannot imagine the amount of mind altering substances that would cause someone to say ele is one of the sturdiest casters.

i also wnat to clarify that “mobility” in raids means something different than in arena. Mobility in raids is “damage while moving” like spirit walkers grace, or instant casts (like icefury frost shocks) which ele DOES excel at.

yea that’s what I’m getting at. We have great GCDs to maitain impactful damage while side stepping and high damage redux mods for high damage phases.

In arena you pop wall an RMP just swaps and you’re like welp.

Is it tho? I kinda dont agree. The exception is damage soak mechanics. Which blizz does love to throw at raiders but otherwise i dont use defensives. My healers want their orange parses as much as i want mine for dps. And if i take 60% less damage that deprives my heals of their hps.

At least give us regular full use stat points like the other trees so that they retain their value across all ability buildouts and into all environments.

Like, now I guess maybe I want to drop magic reduction talents into physical damage teams whereas before I would have just kept it vs both? Why make these nodes so limited/specific in functionality? Feels bad and seems like it’s encouraging unnecessary amounts of talent swapping.

FULL stat points would also feel alot better because you could actually see them on your character sheet and know they are working. 2% crit or vers like other specs have presumably just shows on your character sheet. 2% nature crit presumably does not so you don’t even know if it’s bugged and loses value if you spec into lava burst or a physical or fire heavy damage build.

Just make the stat nodes regular stats like 2% crit on the right and 2% all damage or 2% vers on the left. It’s not too much to ask, since it’s what other trees have. Also, can the 10% lightning bolt damage node be changed to something a little more flexible as well (like a smaller % boost to a larger amount of stuff) so it works with other builds that don’t use lightning bolt?

I think this is the thing I really don’t like about the trees - is the specific limited function stuff that blocks paths to general utility. It’s fine if we have to have stuff like that to add to cost of powerful utility nodes but at least make them versatile stat nodes that work regardless of buildout so they aren’t wasted points.

Ideally though, there wouldn’t be 2% this or that buffs in the talent trees at all. They’re pretty lame compared to actual talents that do things. And making them necessary to take makes them feel even worse. Some trees don’t have any. Seems like that should be the goal.

Ideally though, there wouldn’t be 2% this or that buffs in the talent trees at all.

Ya - what if the 2% stat/10% LB stuff was just removed? Or at least made optional as a side node instead of blocking a progression path? There’s still plenty of nodes in the tree to take and that would let people experiment with some of the totems and totem refresh talents that might otherwise just get passed over.

30 Second CDs are awesome, as they change up the interim gameplay between burst.

yes it seems so.

My healers want their orange parses as much as i want mine for dps. And if i take 60% less damage that deprives my heals of their hps.

Then we have NS and earth ele wall, stoneskin, leech, surging shields, vital accretion. I could see the devs jus going “wait a min”

Idk im just spit balling cus I’ve noticed a lot of stuff thats good in PvE doesnt translate to PvP, I’m jus glad we don’t have a bunch of power budget in reincarnation like we’ve had in bfa/SL