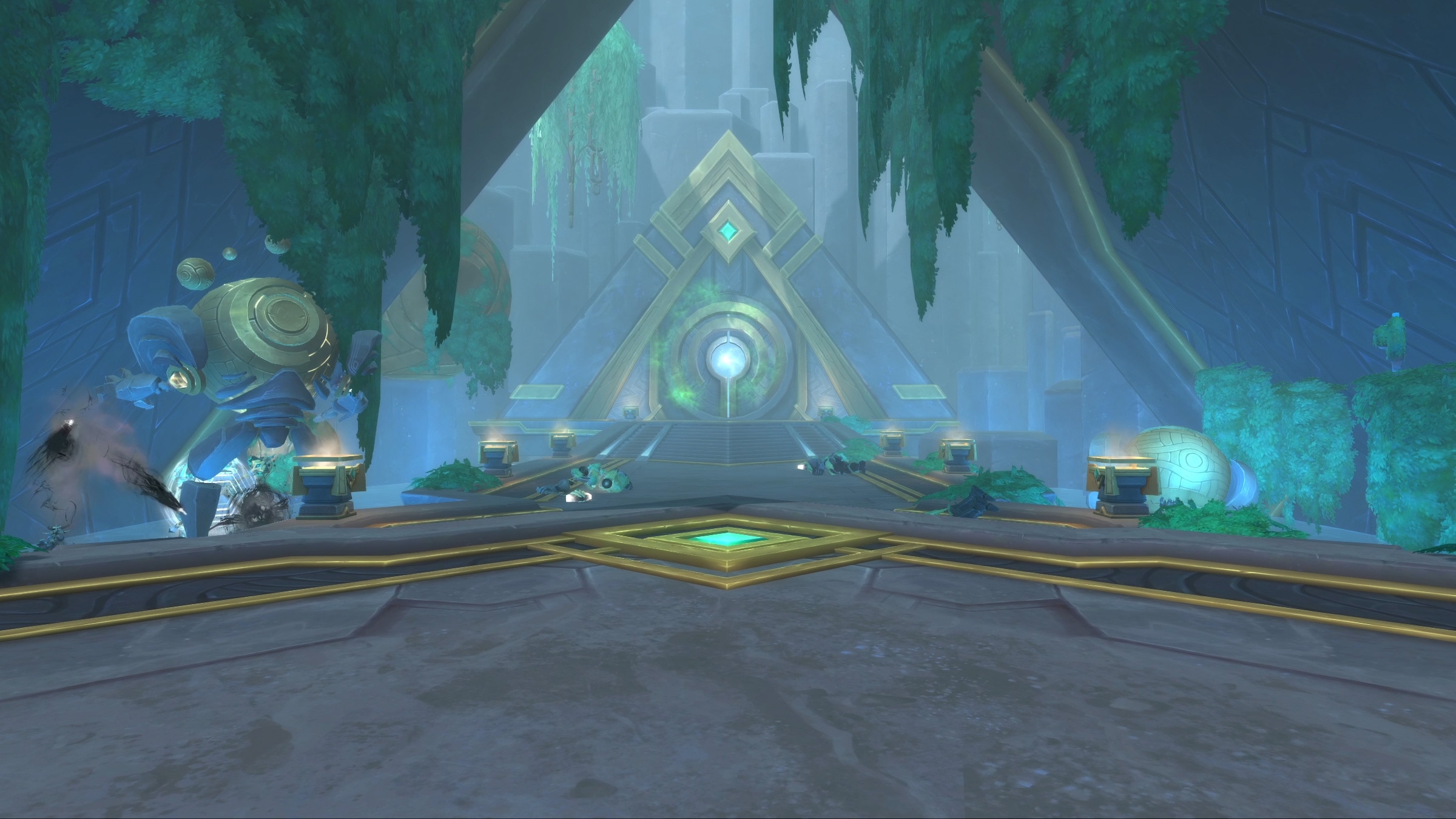 Here’s everything you should know about obtaining and collecting Eternity’s End new Class Sets when Shadowlands Season 3 arrives.

Could you look at the Hunter Tier Set Feedback thread? There’s still a huge issue for Beastmaster hunters that has gone completely unaddressed and is still broken in an unusable way.

Cant wait to get head from Anduin.

But us Warlocks love bunny ears.

I unironically love the addition of the horns for the warlock set that just look like rabbit ears.

I’m not even joking. It’s cute.

When you say “scales with raid size”, do you mean that 21 people is mathematically getting 2.1 pieces of tier from a boss (so a 10% chance another piece will drop?)

which will confer you wondrous bonuses based on your specialization

Can you guys please look at the Feral Feedback thread? It’s been over a month with 300+ responses between NA and EU. We’ve gotten 0 communication (You said you’d be monitoring it closely, which now I believe to be a lie) or 0 explanation as to why you nerfed the damage AFTER fixing bugs. It just needed the bugs fixed.

I’m actually not looking forward to my 4pc. Some specs are gaining 10-15% from their 4pc on St. Feral gaining 3%. Makes grinding out tier real “fun”.

" To unlock the Creation Catalyst, you must first complete Chapter 4 of the Eternity’s End Campaign (Forging a New Path). Once available, you can use accumulated Catalyst charges to transform as many items as you want—one item per charge spent."

Does this mean this opens up next week with the chapter?

It was previously said that it would be 1 piece per 10 players, so 10% per player. Your 21 example would have 2 guaranteed dropping with a 10% chance for a 3rd.

The 2.1 is my assumption as well, but I haven’t seen a blue post come to confirm that’s how it works.

There are also the other non-tier pieces that come into play. Is the 21-player scenario 2 guaranteed tier, 2 guaranteed non-tier, and 10% at a 5th piece with a coin flip if it’s tier or not?

A bluepost with confirmation in any direction would be super helpful on this since “Guaranteed” loot hasn’t been a thing outside of personal loot as far as I can remember.

I’m not even joking. It’s cute.

Right? I hope there’s lookalike pieces for other cloth classes.

Rdruid tier set will be super fun. I wouldn’t use the set as xmog though. Nothing about the set screams druid.

Monk shoulders: No ideal what gravity is.
Monk belt: Firm grasp on physics.
Me: wat?

Should to know? What?

Items turned into set items through the Catalyst will retain any upgrade paths if available, as well as any randomly rolled gem sockets.

Keep in mind, however, that secondary stats like Versatility or Mastery are defined by the specific set and will change to conform to the set piece’s default.

This is unfortunate for PvPers who need PvP oriented secondary stats. When originally announced it seemed like Blizzard was doing something great by allowing us to add set bonuses to relevant gear for the content we play. This unwinds that quite a bit.

It’s nice that we aren’t forced to raid to acquire the gear, but the gear is still effectively stat locked to mostly PvE focus. Why can’t we just add the set bonus to our preferred gear & retain the original secondary stats?

I think that’s vastly preferable since people focus on different types of content.