Seriously why must you mess with the portals... they were just fine

Didn’t they change all of the garrison engineering gizmos to only work in Draenor?

I had a portal right to caverns of time and now thats gone.

You’re getting that back on Tuesday. Stop complaining and just get used to it. Grow up a little bit and spend 5 minutes flying. 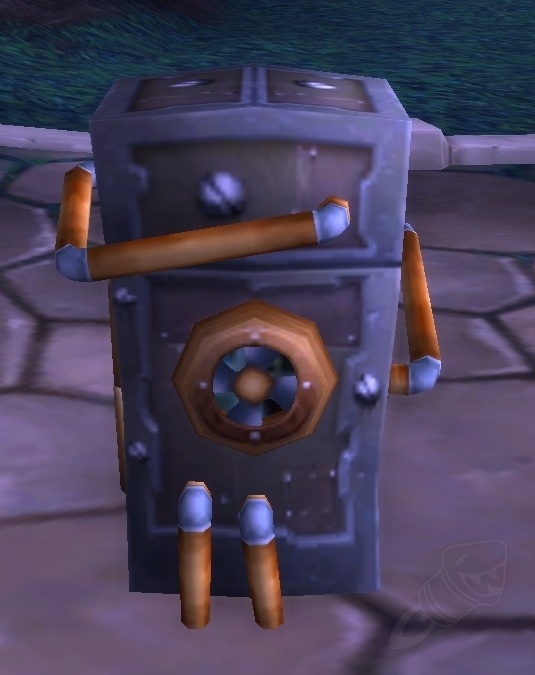 GUMM-E is a consumable. It is sold by NPCs. In the Consumables category. An item from World of Warcraft: Warlords of Draenor. Always up to date.

Oh well then I stand corrected.

kind of annoying now to have to fly all the way over from shattrath for the striking back daily.

talklng to zidormi to change the zone to the older blasted lands then trying to walk thru the dark portal isn’t working for me; i have to use the shattrath portal, fly back to the HFP dark portal , kill the mob then i can at least use the portal back to SW to turn in the daily

I found some posts from March that posted about the Dark Portal not working when trying to go to Hellfire Peninsula, namely this one saying it was a known issue with a link to an article. However, that article doesn’t show up for me and it’s still a problem. I have talked to Zidormi so that Blasted Lands are in the correct time (green portal), but it still doesn’t work. What can I do?

you can use the Uldum portal to get to CoT

I had a portal right to caverns of time and now thats gone.

You’re getting that back on Tuesday. Stop complaining and just get used to it. Grow up a little bit and spend 5 minutes flying.

I cannot fly, I have quests in Tannaris, and the new portal will not allow characters of my level to use it.

Yup the portal situation was just fine they way it was…

The new portal situation is a BIG IMPROVEMENT over the old one. As an altoholic playing 3 or 4 characters every day I use portals a lot. It is MUCH easier now to get around the world.

That is “why they mess with things” – to make them better.

I think this is yet another example of the devs thinking of an issue exclusively from a development POV, rather than a gameplay POV.

It doesn’t particularly bother me, now that I’m used to it. The only one that really bothered me was the removal of the Caverns of Time portal, which was more a matter of nostalgia and tradition than anything. Ion did say a portal would be put back to Caverns of Time at a future date, but not when. Possibly 8.2?

There are portals in Org and SW going to both Broken Isles and Pandaria. It only takes a couple of minutes to fly from the Pandarian one to the other side, I tend to tab out and read stuff inflight anyhow.

Frankly I think there are much bigger issues to worry about than a few portals.

I tend to tab out and read stuff inflight anyhow.

How kind of Blizzard to provide you with an opportunity to be so bored you have to go do something else instead of playing the game you’re paying to play.

oh yep, my bad, i guess people just want everything thrown into the game without any sort of testing… so they’ve got something to complain about when it doesn’t work the way they want it to)

You think four months is long enough? Maybe they need another year to make sure they can build a simple portal. I dunno, it’s new code, they’ve never done ANYTHING like this before… can’t be too careful.

Yeah, better take another 6 months, make sure the clicky part isn’t underground like 10% of the mining nodes usually are, despite being reported time and time again.

[MOLL*E] is the engineer only mailbox toy.

Look up [Katie’s Stampwhistle]. Unlock it on one alt, it’s useful on them all, unlike the engineering toy or garrison consumable version called [GUMM-E].

It doesn’t even create a convincing illusion of ‘activity’ though. No… I think the reason for the portal changes is because they want to discourage people from farming old content so they can switch under-utilized legacy compute services over to support higher-player-per-zone-density expected for Classic.

This is sheer nonsense. It used to be that each individual server had blades dedicated to the different areas (i.e. Moon Guard would have a blade for Eastern Kingdoms, one for Kalimdor, etc). A loading screen indicated you were moving to a different blade. So under the old way of doing things, there was no connection between servers. One server having a bunch of people in EK wouldn’t affect another server at all.

The various things they’ve said in recent years indicates that the old way of servers working is no more. Servers basically don’t exist now. Hardware cycles up and down based on need and load. It doesn’t matter how many people are in an area. If there are a bunch, a new shard is created and some of them are phased over. People go away, one of the shards goes away. It doesn’t matter what kind of load there is in an area, because the server farm will make as many sections as it needs. There aren’t “legacy compute services.” There are just the unified server farms that make and take away stuff as needed. There isn’t any way that people not going into older content areas would somehow help load in Classic because the servers are just going to make what’s needed anyway. The Classic servers at launch are even going to have their own version of sharding (called layering, I don’t know why they’re giving it a different name, maybe because of the way people get angry over sharding even with plenty of things that have nothing to do with sharding) until activity stabilizes.

Some of the conspiracy stuff people come up with is so stupid.

It doesn’t matter what kind of load there is in an area, because the server farm will make as many sections as it needs. There aren’t “legacy compute services.” There are just the unified server farms that make and take away stuff as needed.

The fact remains that the cloud resources they allocate to support demand are (or better be) partitioned and balanced so that there are virtual shards on standby ready for players to enter an area where there may not be anyone already.

The point is, that anywhere there’s a player, there’s at least one virtual shard server dedicating to mediating their activity. The more spread out players are, the more low population virtual shards you have running concurrently. Even if they’re 50 to a blade, that still adds up. And there’s OVERHEAD associated with every active virtual shard that consumes additional resources.

If they can push higher density into newer and no doubt more optimized virtual shards (like raids where instead of multiple shards, they put teams into the same shard and phase them apart, not sure if old raids/dungeons were updated to do that).

If you can reduce overhead by stuffing more players into fewer virtual shards, that frees up capacity to have them serve a new demand. In this case, Classic, with it’s own brand of ‘layering’ which sounds like ‘special restricted mode CRZ’ if you ask me.

Anyway… It may have been a few years since I last worked professionally in the field of cloud computing, but it’s pretty easy to see that they’re doing some social engineering to help them do some pre-emptive load balancing. If you have a different opinion? Great. But from here, that’s what it looks like.

Because ‘portal clean-up’ across the last 3-4 expanions should have been beneath the lowest priority change on their to-do list unless they had a reason that comes down to money for it.

The other one is: “Hey, removing portals makes levelling even more awful… and we’ll sell more boosts!” Which I certainly wouldn’t rule out either.

You can’t use flight paths?

I say get rid of all portals other than the challenge mode portals and mage portals, item portals like orgimmar cloak etc. and go back to using boats/flight paths. I want to see all the whining after that happens.

This unit will self destruct when sub numbers fall belo-BOOM

didn’t you quit … months ago?

how is it even impacting you?