It really depends on if the fated raids are actually harder. I have a feeling that the tuning intention here isn’t going to be prog. They may be pretty farmable. We saw how SotFO prog went, no one cared. Don’t think they’re going to throw these 800 wipe monstrosities at us in the last hoorah.

They know folks will choose to continue to play the other difficulties. So once again there’s zero respect for your paying subscribers’ time. This decision invalidates any hope I was starting to have for DF. Good luck and have fun.

It’s another slap in the face and an indication of what DFlight is going to be like.

I’ll continue to putz around but I am done being led by a ring in my nose like some poor pitiful captured wild beast by cruel masters. It feels more and more like something a passive-aggressive 5 year old would do to try and get their cookie.

Now I can add petulant to inept apathy. I guess you are trying to destroy any chance for Microsoft to make money from any of your games. I guess they are paying for your NOCs and your subscriber base because your games are completely ruined.

I am wary of the rhetoric, calling it an experiment is a lie. This will be our lifestyle in the future. If they dare post stats to suggest popularity, it is the only show in town.

You have one week for a clear – no saved lockouts, that has me worried. If it is a speed run because it is nerfed, well; I’d only do that once.

After being so close but failing at AOTC on these three raids, I am bitter. Something changed in the past two expansions, the mechanics began stacking up until my own frustration began getting stacks too. Fated will be a slap in the face.

Fated will be a slap in the face.

I imagine this is how any watcher backyard cookout would be. 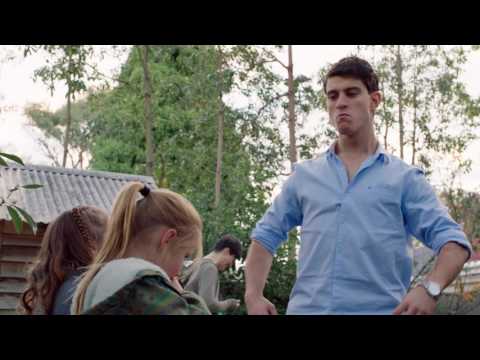 M+0 scales up, and then you get pursue higher with higher keys.

That’s all well and good. Even though I personally hate M+, it’s still going to be a bit of a slog for people to get a returning toon into these raids that are on a weekly rotation.

I don’t see how any sort of casual player (and I don’t mean solo/world players, but people with limited game time) will be able to participate in any of this unless they have been here the entire time.

It’s like there’s LFR, I suppose. That might be somewhat interesting if the fated isn’t too challenging for that difficulty, but the ilvl range of season 4 and the difficulty scaled around it is going to be an enormous gate for a whole lot of players.

Can someone explain to me what exactly a fated raid is? Is it supposed to be more difficult than all difficulties?

No, it is all the nerfed versions of the bosses upscaled to the higher ilvls that we have now.

Gear should be auto scaling for people who is doing it since this is forced. It is an experiment anyway.

It will be better if Fated is a selection.

I think the fated idea is interesting but IMO it’s going to fail in the implementation. Particularly the restrictions are really bad for such a short season. And restricting people from entering the normal versions of the raid is no bueno

unfortunately I think the “experiment” will have corrupted data because the season is just too short for people to be able to gear up. And raid teams won’t want to try to prog 3 different raids at once.

That’s why the raids (even for high end players) feel like it won’t be too crazy. This feels like something more akin to a timewalking raid in regards to time to completion. Now of course people punching above their weight at mythic are gonna be slapped back down.

Not really prog when it’s all stuff we’ve already done before.

What I really don’t like is that not only are the Fated raids scaled up for the new ilvl, there are three raids rotating and four affixes rotating. This means that you won’t see the same fated raid/affix combination for 12 weeks, so we may not see them again at all before Dragonflight. Dealing with relearning the raids, plus farming the new ilvl gear is hard enough in 12-16 weeks, but you’ve got one week to learn how to incorporate a new affix into an entire raid before it’s gone.

This is why you won’t see a ton of participation. People may target a piece or two via the new raid vendors, but many will just do M+, especially considering valor is uncapped.

Now of course people punching above their weight at mythic are gonna be slapped back down.

Not really prog when it’s all stuff we’ve already done before.

I think both of these are true depending on the guild/raid.

If your guild got AOTC or CE early and didn’t struggle, and got a few kills in then sure this stuff won’t be prog anymore

however MOST guilds don’t get mythic on farm, for example. the vast majority of mythic guilds hold onto their lockout until they can make it all the way through the raid. It’s a faster way of getting CE

Most of the heroic guilds I know were also sitting on lockouts for the Jailer and Sylvanas.

The result of this is that they have few kills, and most of these kills happened long ago

Then, we’re talking about older content. Unless a raid/guild has stayed very stable they probably have a fair amount of new people on their core raid team that haven’t seen those fights. This is particularly important in the moment because over the course of Shadowlands many people stopped playing.

I think even well before this the roster boss is going to hardwall many people. People interested should heavily lean on discords of like minded communities. People will just do the slime cat on the first week of each fated lfr and never do it again.

And then you have the usual boost scenario of which a few guilds I have seen are gonna be ramped up hard come the 2nd for mythic sales.

Now that I know when raids will be fated, where do I go to find out what fated is?

where do I go to find out what fated is

All I want to know is can I do it in raid finder, or is the slime cat mount only available to people physically able to do more difficult raiding?

When does mythic unlock and when does full ilvl range for M+ unlock? These things were always gated in the past so would be helpful to know.

This is why I’m not playing Season 4. I have zero interest reclearing the same raids again and learning 4 new WoD dungeons for M+. It’s entirely filler content until the next expansion.

Most CE and raid guilds are going full casual mode now to boot. Once you get the items you want there’s no reason to keep coming back week-after-week. 1 week isn’t enough time for guilds who never spent the time clearing it on Mythic to actually learn everything either.

I’m hoping to get into the Dragonflight beta otherwise I’ll probably play on WOTLK classic until Dragonflight comes out.

(my sub ends in October)