I’m a little lost about this. Why you are asking for this? Am I missing something? Is there like a “secret plan” to “save” WoW or anything?

Ian said there will be a plan b to pull the ripcord on covenant abilities or something.
Some people are asking he does it.

I felt it meant to do away with the restrictions on covenants? The systems in place that take up so much development time and lock players in.

There is a thread for this.

#PullTheRipcord For people unaware - ‘Pulling the ripcord’ was a comment used by Ion Hazzikostas with his interview with preach as the fallback plan for covenants if the systems aren’t well received. It would involve opening the systems up to (hopefully) allow swapping powers freely and not having punishing systems involved for wanting to experiment This is about trying to get Blizzard to remember what the original vision for the game was for. As Tom Chilton said during Blizzcast episode 2: I…

What each players desired outcome is exactly differs from player to player. Some people want power completely stripped from Covenants and put into our character. Some people would be happy purely if the Betrayer system was removed (so you could switch freely, but have to level each Covenant individually).

But the general “ripcord” is Blizzards unspecified Plan B incase Covenants have failed, which in many players eyes (including myself), it has. 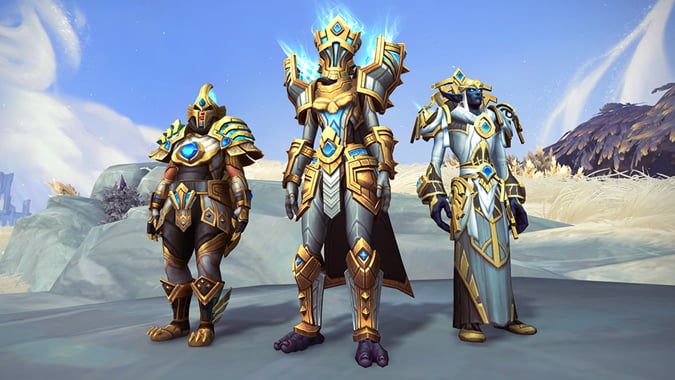 Blizzard has no plans to “pull the ripcord” on Covenant abilities

If you are out of the loop, here’s what this is all about: the community has been expressing their concerns throughout the entire alpha and beta cycles for Shadowlands that the Covenant system might have its share of problems once the expansion is live. The powers of each Covenant will likely not be perfectly balanced with one another for every class or spec in the game, leading to players feeling forced to play a Covenant they’re not fond of for mechanical reasons.

In fear of seeing a repeat of what happened during Battle for Azeroth with systems like Azerite Armor, several vocal members of the community have been urging the developers to make changes to that system. One of the main suggestions is simply for Blizzard to decouple player power from Covenant choice, thus turning the choice into one purely based on fantasy, aesthetics, rewards, or story, but with no serious mechanical implications that might translate into diminished player power for making a “wrong choice.”

The movement has gained traction in recent weeks — especially as the release date for Shadowlands was announced — yet nothing was said in the meantime to appease the fears of the community with the Covenant power situation. Today, after some time of silence, this is what Blizzard had to say about it:

“In short, pulling on that thread (or cord, as it were) would unravel the entire fabric of the system. Even so, we would embrace the work required to rebuild the covenant system along those lines if we agreed that it would be an improvement, but we ultimately do not share that view.”

Thank you all for your answers! I have some light now

As someone using a mediocre covenant that I refuse to switch out of, sure why not, pull them ripcords.

Player housing. It’s their ace in the hole. THINK ABOUT IT.

its from an interview with Ion, he basically said if locking us into covenant choices was ruining gameplay he would “pull the ripcord” and activate plan B which would basically allow switching between covs without the hassle.

Many have thought and still do think this change whatever it specifically is needs to happen so they refer to this interview as a call back to remind him and the team that he said this was an option and they want it. Ill withhold my own feelings on it as its not the pint of the thread.

At the time he brought up the concept of a “ripcord”, I knew that already it was too late to make the deep changes necessary. He was buying time. He later admitted that there was no contingency plan. Devs are doing this because it’s what they wanted to do.

The original meaning was because the dev interview said they had a contingency ripcord in case covenants weren’t working the way they wanted. Turns out that was false, but the meaning was to unlock all covenant things so that no one was stuck in one or another.

Since then, people keep getting more dramatic and seem to believe it means to end Shadowlands. I don’t know why.

Shadowlands is perpetually falling out of an airplane and people arent sure whether to pull the parachute cord or not so they spam General Discussion with buzzwords like "Pull the Cord? " that were parroted by some youtube celebrity to sound like a smart parrot

Basically, Watcher said in an interview “if covenants become so problematic that we feel the need to just make them cosmetic, and give everyone access to the abilities, we can pull that ripcord”. So essentially, when people say “pull the ripcord”, they mean make covenants fully cosmetic, give everyone access to the abilities like talents, and remove limiting factors like conduit energy. Which, at this point, I agree with.

Shad, you look all spiffy!

And Shad has the correct answer, fyi for everyone else.

Thanks. I got one of the back pieces from Adamant Vaults and felt the need to mog it somehow for a bit. Figured I’d throw on brighter colors for once. Gimme a week and I’ll be back in black.

I can’t help but feel that covenants were their way of attempting to inject more “RPG” into the game. Tying player power to covenants was a mistake, the same way legion legendaries were kind of a mistake. Covenants should have brought utility, group buffs, and maybe some in-content benefits, but not power.

There are a bunch of other ways they can put the RPG back into MMORPG.

There is no ripcord, no backup plan. This is it.

Even if they have a ripcord you’d only be five feet off the ground before the chute opens.

It means I can freely swap covenants without a penalty.