Notice of Warrant of Arrest for: Graveshire, Nicholas (RP) 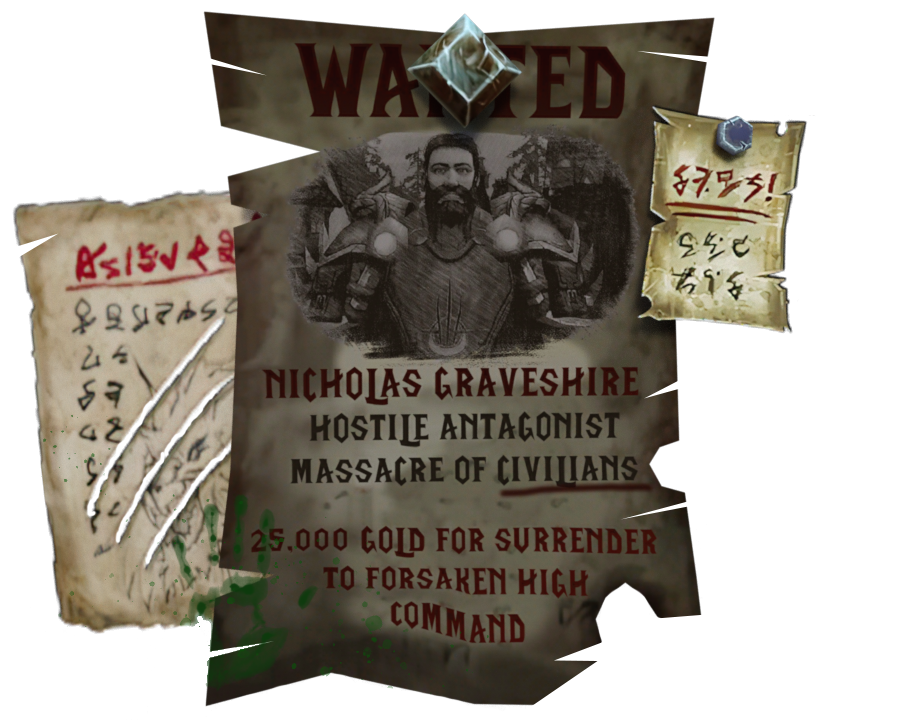 Notes: A violent political extremist who has conducted numerous terrorist actions against the people of Lordaeron and their armed forces, this infected dissident poses a risk to capture teams as it is unknown to what extent, or at all if he is in command of his faculties. Metabolically active capture teams should be aware of the high probability that this subject may serve as a virulent disease vector (rabies, worgen plague, canine distemper, roundworms, etc).

OOC DISCLAIMER: This is consensual rp, and all players involved agreed to this post. For ooc questions please feel free to contact Banshih or BrambleStar. To coordinate rp regarding this warrant, please contact Banshih or BrambleStar. This wanted poster can be found in Horde territories, as well as neutral locations like Booty Bay. Additionally, one or two posters would curiously find their way into Stormwind.

We started this years and years ago, looking forward to seeing how this arc goes.

Deathstalker Stromwalde skulks quietly through the mess of brambles and brush that had been his haunt for the past several weeks. He’d been ordered to maintain surveillance in Hillsbrad and provide support for any contacts in the area. The burr-infested Undead retreated deeper into the brush, crawling into a waist-high clearing. He squirms to the center, removing a cracked time-piece from a nearby sack, mentally marking the hours remaining until the arrival.