Not pre ordering until I see more

Is anyone holding off on pre ordering until you see more of the new x pac? I’m just not falling for it this time…we’ve seen so little on dragon flight thus far, I need more then just the current videos we have on it.

Yea im waiting as well, we haven’t seen nearly enough to get me excited

Plus not like they can run out of preorder

Stop fighting with yourself, you know damn well you’re gonna play the new expension next year.

Holding off till I get money

You wanna be behind everyone else lol ?

Money and time i got i am retired but i need to see more before i decide . I pre ordered twice once for original B C and 2nd was for M O P .

Quite a few say it feels rushed to be honest. Also the new system for flying has some worried. Been holding off preordering it. They need to sweeten the pot a bit and give us another allied race unlock for preordering it.
-Still no word on any heritage armor quests.
-Whether or not another mission table will be with it.
-New talent system having to relearn your class all over again. Get annoying each time.
-Lore concept sorta similar to pandaria. Land hidden away from other races.
-Forgot if they mentioned anything about normal flying.

I have the funds to preorder it but honestly holding back atm.

Too late. They already know you are buying the xpac

But they said the games is gonna release this year. Unless of course you’re acknowledging the fact that it won’t be playable til next year looooool

I haven’t pre-ordered. Probably wont, or at least until they make some big splash announcement. Right now DF looks like the most absolute underwhelming WoW xpac yet. I didn’t even play WoD so really trying to decide if its worth buying at all.

Don’t do that you will get sad

We all know once you pay for WoW and play it, you’ve already sold your soul to blizzard. Watching these “I quit” or “Not giving blizzard my money” threads knowing they’ll always come back when the new shiny expansion drops make it even more hilarious.

We had a small spate of a pretense at being more communitive but I have a sneaking feeling that was to set up this preorder. Now that there is no need for hype we won’t hear much specifics until it’s too late to just say no to poor game design.

So no there’s nothing in the pre-order worth it to me. I’m pretty certain this is as good as it gets and it’s all downhill from here.

We all know once you pay for WoW and play it, you’ve already sold your soul to blizzard. Watching these “I quit” or “Not giving blizzard my money” threads knowing they’ll always come back when the new shiny expansion drops make it even more hilarious.

Yeah guys, nobody ever leaves rocks in a corner There’s 12 million players still… YOU don’t have any official numbers! shakes and rocks harder The 12 million never left… they’re still here… I know it

Only problem is there’s no better alternative to WoW right now. My real hope is the LoL mmo will be worth something, but that’s probably still years out.

We all know they were the cyclical players so we’ll see millions come Dec.

THey aren’t going to show a lot going forward to be honest.

Asmongold had the chance to interview Ion Hazzikostas and here is a recap of their Dragonflight interview! Interview Highlights The teams really happy with Covenants panned out in Shadowlands. Access to content utility will be account-wide in Patch...

Asmongold had the chance to interview Ion Hazzikostas and here is a recap of their Dragonflight interview! 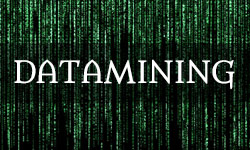 With Patch 9.2, Blizzard returned to an old habit the company had lost many years ago, of testing the latest raid bosses internally in order to leave the surprise of discovery to players. It was a first test and Blizzard counts well, with Dragonflight pushing the concept even further.

In an interview given in recent hours, Ion Hazzikostas returned to Blizzard’s intentions regarding the next WoW expansion.

Two elements emerge from the words of the Game Director:

These are long-term goals, so we’ll probably only see a portion of them for the Dragonflight beta. But World of Warcraft patches 10.1 and 10.2 may be more difficult to analyze.

It is true that for many years now, and even more since Battle for Azeroth, datamining tools have evolved and allow you to learn a lot of things even before the opening of the test realms.

dude if youre still here during shadowlands, you ARE preordering DF at some point before launch and everybody knows it

Whether or not another mission table will be with it.

Correct me if wrong but did they not say something along the lines of no mission tables in an interview? Maybe I am misremembering but could of sworn they said no more mission tables in one. Which I sadly do not recall.