Night Elves are my favourite race, so losing Teldrassil was pretty gutting. But for most of their history, during the Long Watch, Night Elves seem to have lived in the forests. Returning to that again wouldn’t be a problem as long as they kept their lands. They already have a fully restored Hyjal and World Tree, as well as part of Feralas. And considering they won the Battle of Darkshore, I don’t see any problems for them getting back most of Ashenvale. If they restored Felwood like the druids did for Western Plaguelands, they’d be sitting pretty land-wise. Not to mention they could probably create a new Darnassus if they wanted, since they did so after the Third War.

As for the Forsaken, they’re far more adaptable than other races. They could take the Cleft of Shadows in Orgrimmar. If the gnomes could do it in Ironforge, why can’t they? Plus, even if they retook Undercity and Tirisfal Glades (Lordaeron ruins could remain blighted as a tragic monument but the underground city might be recoverable), I don’t see anyone else having a problem. Forsaken didn’t really need Hillsbrad, Gilneas or the Plaguelands anyway - they just wanted it.

So them not getting their cities back or even new cities, as long as they get some racial districts to call a ‘capital’ and proper lands, wouldn’t be bad.

You are wrong. Both of them deserve to get their home back. Night elves can build a new city on Darkshore. Forsaken can turn the Undercity into a flying necropolis and make it impossible to attack them without heavy air support.

What Night Elves and Forsaken deserve is SL and BFA completely Retconned.

They could take the Cleft of Shadows in Orgrimmar.

The heat is canonically wrecking their bodies.

I agree with the premise- the Night elves were better off in wc3, where they were mostly delocalised during the Long Vigil (I guess Nighthaven being a capital is RPG and therefore retconned). The problem is that nuBlizz doesn’t know how to write the player races well and I do not see them writing delocalised night elves with smaller settlements well. If they do write it, I would like the reasoning being for them to never be unprepared again, observing threats from the south and being able to mobilise easily.

But the Forsaken are absolutely defined by Lordaeron and need to go back there. The Forsaken are big on architectural symbolism- building a new capital is a sign of defiance for them- be it against the Alliance or against Sylvanas.

But the Forsaken are absolutely defined by Lordaeron

If anything the Forsaken need to leave Lordaeron if they ever want to fully realize their identities as undead.

The Forsaken are big on architectural symbolism

No they aren’t. They almost never build anything for themselves. For most of their existence they lived in a combination of old human ruins and things built by the Scourge. It wasn’t until Cata that they developed a unique architecture and the hallmark of that symbolism was death.

Can you shut up about your Lordaeron colonisalism for once? You are annoying af. Leave the Forsaken and night elf fans alone.

no they don’t You just hate that the Forsaken stand in the way of your human power fantasy. No playable humans are dfined by Lordaeron and that triggers you. The Forsaken belong to Lordaeron. That has always been true since classic.

The Alliance is obsessed with Human dominated Lordaeron. Even though we never saw such a thing in WoW. Going into WoW, we knew full well that Lordaeron was undead. Alliance players have had nearly twenty years to let go of something they never had.

Can y’all blame me for wanting Night Elves to be neutral? Both sides of the coin are annoying as all hell.

Maybe the Forsaken don’t deserve anything if we’re going to actually act like groups in this video game universe should actually face consequences for their actions. The Forsaken are responsible for numerous egregious crimes against humanity as well as waging multiple wars of aggression with the goal of extermination.

They would be subject to military occupation for the foreseeable future if there was any justice in the world.

The Alliance is obsessed with Human dominated Lordaeron.

That’s because Lordaeron is historically the cultural and political heartland of humanity with a central place in Alliance identity regardless of what a bunch of Blood Elf zoomers who think the universe began in 2006 believe.

You will not get Lordaeron for humans anytime soon. Accept that and move on.

Of course we all know that no actions, regardless of how evil, actually have consequences if you’re a playable faction in WoW which makes all the Horde complaints about being villain-batted seem pretty hollow if you ask me.

You will not get Lordaeron for humans anytime soon. Accept that and move on.

thats a kind of ironic statement, coming from you XD

I am just sick of the dwarf here always sperging about Lordaeron. This is not his topic but he comes in anyway and shares his opinion to crap on Forsaken and nightelf needs. Someone has to stop that.

and it goes on…hahaha, this will be a funny evening XD

No, that is Stormwind and it has always been Stormwind. Even in Warcraft two, Lothar is the Lion of Stormwind. The Lion of the Alliance is Stormwind. Lordaeron was a powerful nation, but not anywhere near as culturally or politically significant as Stormwind.

Besides that, Lordaeron has been out of the picture for years. Near 20 irl years. Get over it. It has never been important to humanity in the context of World of Warcraft.

No, that is Stormwind and it has always been Stormwind. Even in Warcraft two, Lothar is the Lion of Stormwind. The Lion of the Alliance is Stormwind. Lordaeron was a powerful nation, but not anywhere near as culturally or politically significant as Stormwind.

This is straight up wrong. Like literally the opposite of reality.

Although given the extent to which human fans are marginalized on these forums it’s not surprising that most people would be ignorant of human lore. You drive away anyone with knowledge on the matter.

The Forsaken lost Lordaeron. They were defeated on the field of battle and chased off the continent. Perhaps it’s their turn to get over it, like they were telling all of their victims over the course of their multi-expansion rampage. 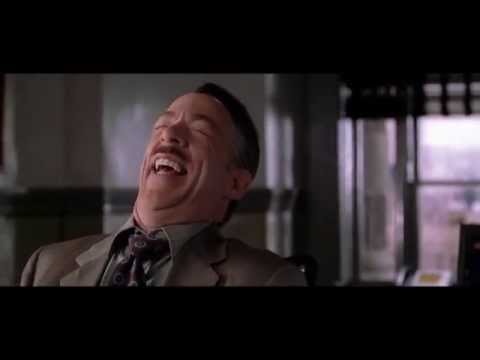 Just an endless conga line of elfsplaining to human fans what human identity “really” is.

You’re marginalizing human fans right now, by refusing to accept as valid the interests and desires of a human fan on the presumptuous basis that you know what we like better than we do.

You’re on the same team as Erevien right now. Think about that.

The human fans have Stormwind, Kul Tiras, Gilneas, Dalaran and Stromgarde. They don’t need even more for themselves. And Forsaken are a core race of the game unlike Lordaeron humans who were never playable or relevant in the context of WoW. The Stormwind humans are the playable ones. Blizzard will simply not throw the Forsaken under the Bus. The implementation of Calia as Forsaken leader makes any human claim to the land impossible.