Oh my goodness. A creepy little Warlock with spider legs?!? I would die. I don’t know if that is even possible to make, but it would be soooo dope.

Lots of good ideas in this thread; I hope they’re able to implement some of them!

I like your post the only thing I disagree with is this. No race should be forced into a profession to be able to be customized nicely. No other race has to do this, so let’s not start now and not with mechagnomes. They’re already the least played race. I can already hear the complaints.

Paint jobs, basically unlock the ability to color your metal bits as if they were transmog pieces. They could be like in car or mech battle games where you collect the armor spray dyes. I think blizz should really consider doing this since they can’t transmog gloves, or a bunch of things below the belt. Having a way to dye your armored bits would be really appreciated to match mogs.

I like these but I wouldn’t tie it to professions or some other limitation.

Any new customization should be available from the click of Mechagnome.

Would be nice if We got the Sombra hairstyle on more races. With the mechagnomes I would like something like her hacking hardware tattoos as well.

This though. Top notch.

Symmetra and Overwatch cast has nice cybernetic parts. Her arm shows there is much diversity and styles they can add to stuff like mechanical arm customization by giving us more options like see through titan tech for example.

I was thinking it’d be dope if mechagnomes were druids that their “animal” forms were robotic, so they’re really like transformers with the title of druid. They wouldn’t make a new name/class but if they did it could be like technomancer or something, since it just shares a characteristic of the druid class and not lore wise

Thats not beyond the scope of WoW.

Already paladin is stretched like that. The Sunwalkers are not true paladins and the Prelates are very different from standard paladins.

Even the Zandalari Druids and Kul’Tiran Druids already veer from standard Druidism. Mechagnomes being able to be something new but similar is entirely plausible.

Oh my goodness. A creepy little Warlock with spider legs?!? I would die. I don’t know if that is even possible to make, but it would be soooo dope.

Lots of good ideas in this thread; I hope they’re able to implement some of them!

Probably not possible sadly. But a damn cool idea!

Deserves to be up there with the rest.

Reposting my suggestions from the customization megathread:

There are some great new customization options so far! If all of the allied races get a second look, here is some feedback for mechagnomes. 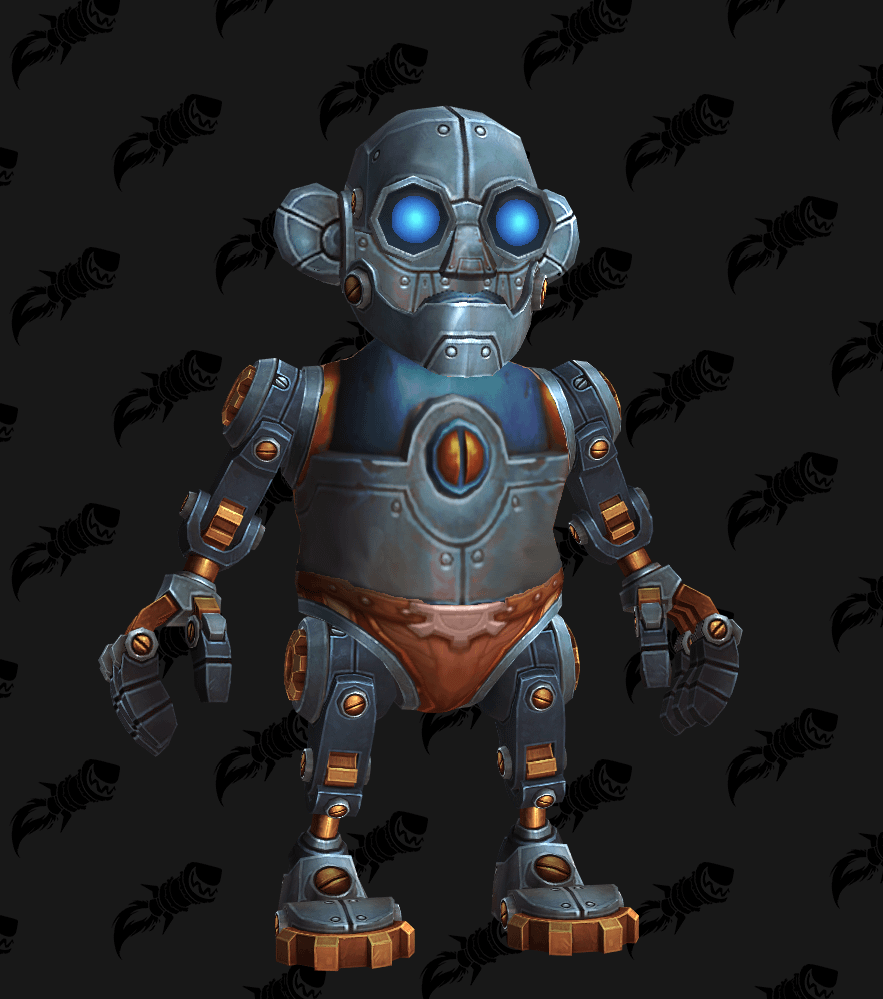 Oh I would like it for other races too. Stuff like Inscriptionists should be able to make stuff like hair dyes, tattoos to collect, armor dying, maybe ornaments, JC for example should make necklaces that are able to be seen as customization like some of the races have. This could be even with stuff like eating a food can turn your skin into an odd color, (and permenantly unlock cool customizations like maybe a yellow nightborne, or bright red panda, or burgundy hair/fur color.

Reposting my suggestions from the customization megathread:

This is amazing stuff! I think I saw it in there but I don’t remember if I responded to it. Very good. I may edit this thread with some of this if you don’t mind?

I’d prefer they just add more customization without gating it in any way. There are already tons of timegates and things to farm. That’s just my opinion tho.

It’s an idea like going to a tatoo shop or buying your own hair dyes. This already happens with druid forms right now.

I get that but I’d just rather have all that kind of stuff unlocked by default. Just imo.

Updated the main thread a bit and added some pictures.

I think mechanical head and torso options would finally make mechagnomes feel complete! Fleshy ones can remain as an option too. You could be full robot or cyborg, everyone wins.

I believe we cover that with a full mechanical “skin tone” option.

Are… Are you a dinosaur?

Only the best dinosaur ever.

The forums are wonderful.

I’d love to see all of this stuff for Mechagnomes. They had so much potential to be way more awesome, but Blizzard really didn’t do anything with them unfortunately.

I regret looking this up. I’m having nightmares tonight

They should of been like this from the beginning