Exactly, I did most of the mage tower challenges in legion for the appearances I wanted, many of my alts were able to do it without a good legendary and they had gear obtained from WQ, I even leveled two classes just for mage tower. It was still challenging but not impossible, there are serious tuning issues for health and damage and I’m not about to buy some twink set just to be able to make a solid attempt, also shouldn’t be expected to. Should scale and should be a skill achievement not gear achievement.

Look, I don’t want to burst your bubble but…

That’s EXACTLY what it is now.

I did most of the mage tower challenges in legion for the appearances I wanted, many of my alts were able to do it without a good legendary and they had gear obtained from WQ

If that’s true, then it was antorus WQ gear, which was higher ilvl gear then when magetower first dropped (pmuch nighthold equivalent with maybe a couple ToS pieces), so you outgeared it by two tiers.

It’s gonna be gone in 2 weeks.

probably why “WITHIN” would be the keyword here…

I defeated the mage tower tonight. My thoughts General Discussion

Hello everyone! Thank you so much for your ongoing feedback about the Mage Tower. We are currently evaluating the data regarding Mage Tower success rates, and we have identified that some of the challenges for certain specializations are more difficult than intended. We will return once we have more information to provide on what changes we have planned to bring those specializations more in line with the rest.

I’m sorry you’re hurting OP. Hopefully the nerf makes it better for you.

I’m with you. I know people usually scoff at posts like this, and I did too, because I generally really enjoy WoW. But I don’t know how much longer I can pay a full sub to play on a Public Testing Realm. It’s heartbreaking to see them drop the ball on the game we love. I don’t know how those of you who have played for much much longer than I have deal with the frequent disappointment. It’s really tough.

Learn the mechanics and learn to play your class and utilize the abilities in your toolkit. It’s far from impossible. 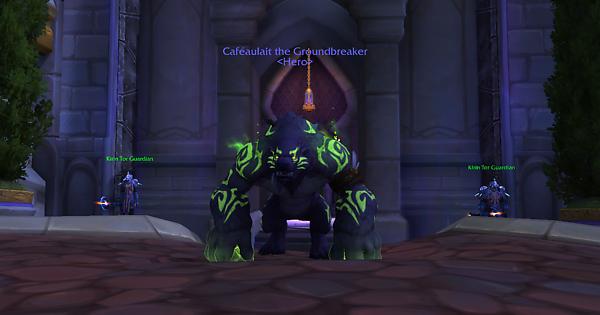 Blizzard is destroying this once Titan of a game.

So you know, when MT first came out in Legion less than 2% of the playerbase completed it, too. Most of them found it much too difficult, frustrating too and then by 7.3 a lot more people cleared what they wanted out of it.

A lot of people want to do it in less than 50 tries. That’s not nor should it be possible. It should be something you get into the rhythm and keep going and going and going then do it and you’re happy you did it after trying so hard to do it.

Some of those challenges people can do in less than 10 tries, especially if they’re awesome at their class, but a lot of them are designed for around 50-100 or more attempts.

The only nerfing they should do to this is by allowing legendaries to work as legendaries worked for it in Legion, too.

The Blizz testing is ABSOLUTE garbage.

The only they are ever good at is frustrating the players, and harassing employees.

Like why do pro streamers with tons of gold themselves need SEVERAL tries to unlock their main spec Mage Tower reward? It is so much harder than what it was in Legion.

ZERO FUN MT, DO NOT RESUBRCRIBE for this garbo

your gamer juice is gone sour, time to retire

Toughen up. It’s one part of the game and they’re likely going to nerf it soon.

Not every challenge is made the same difficulty as others…

It’s about using your whole kit and for Druids that means using their DPS forms when needed. Every spec has to do things outside of their usual “rotation”.

It was this way when it came out in legion as well. A lot of players complained like now. I do not mind it being this way.

You have no choice in approaching it from a different play style as druid, period.

And, even with balance afin, if you aren’t popping HotW you still don’t do much damage in boomkin form compared to bear form

t hurts to watch something be destroyed that you’re passionate about.