I want Naga, mechagnomes, and dragons.

Lightborn Undead. For the undead pallies. I might even swap to alliance for them. Maybe.

Hozen, Because everything is more fun when you ook them in the dooker.

I can’t think of any other ones that hold my attention.

No Allied Races, I want high levels of Customisation.

For the Horde I just want vulpera, Saberon and ogres (either full, half or both.)

Alliance I want Wildhammer with their lore model and a Druid option.

Ethereal as neutral, my most wanted race of any since forever.
Don’t really have others, but existing races having a larger customization to include all the half races and such, not so much more grind out options by adding an actual race like it has been. Could open up several class options to existing primary races as well, which is long overdue.

I would like to have way more custom options for every race.
However, I would love Helves, skinny humans, undead without bones poking out…
Ethereals, Sethrak… hmmm… idk what else?

Horde humans would be amazing.

The only ones I feel are “owed” at this point are the following.

Man, keeping this list contained is not possible for me

I can’t really think of four more that I’d care about.

Vampires and Ogres. That’s all I want.

Allied Races are a sign of a failing game.

I compare to when I first started, which was the beta for WoW. There was only 2-3 races you could play, only 2-3 classes. Do you think anyone cared??? Everyone was just nutzo to play this AMAZING game we had all seen teasers for!!!

Now, we have players who apparently seem to think “well… I might play this game… I dunno… I only want to play if I can be a left-handed eskimo albino. It’s just not the same, otherwise.”

This whole obsession with ARs is goofy. 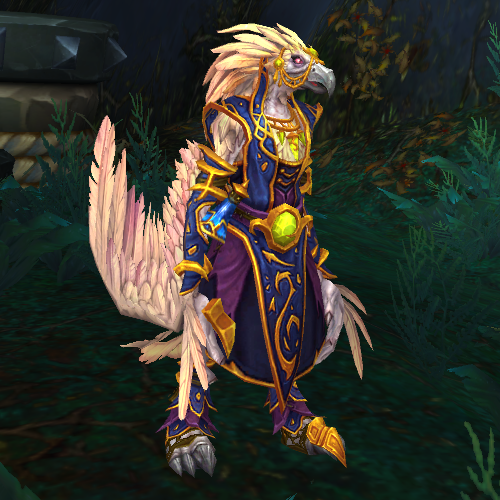