Return to the Icy Realm of Northrend in World of Warcraft®: Wrath of the Lich King Classic™

Journey through the frozen tundra of Northrend as it was in the first expansion of World of Warcraft® Classic, coming later this year.

This whole “no LFD” thing is going to be server specific right? As in some servers won’t have it while some will to provide players the option to pick which they prefer, right?

From what I read, it’s only going to be offered without the lfd tool.

How they plan to offer the wolk experience without it is puzzling, but then again they already ruined TBC Classic so I wouldn’t put it past them.

Seems like it is not being added at all currently during the lifespan of wrath classic.

That would make too much sense I suppose.

I can never understand some of their reasoning when making decisions. Apparently they forgot about the whole #nochanges thing.

As much as I loved wotlk, If wotlk releases without ever adding lfd I hope it flops hard. Stupid idiotic change no one asked for smfh.

My understanding from the Deep Dive, it’s not going to be released. In the context of the conversation, they believe some of the social aspects were damaged with its release during WotLK.

That means, all Classic versions of the game from here forward, will not likely have LFD.

I’m fine with them getting their own server without LFD as long as I can play with LFD on my server.

But them controlling how I pay is a no-go from me.

Will also not be playing due to the removal of lfd. Bad call Blizz.

As a Classic player I will also not even bother. I want to play WoLK. WoLK had LFD. It’s not WoLK without it.

Who ever thought that was a good idea should be fired and I’ve never said that about any idea in this game (sure I’ll call an idea bad, but never have I seen an idea, (barring flight removal) that I was certain would be overwhelmingly received poorly.)

If I want to spam LFG for a Wailing Caverns, I’m gonna do that in vanilla. If I want to chill and queue up for a dungeon while questing I would ideally be able to do that in wrath, but without LFD, dungeon groups are going to stay nitpicky…

Will also not be playing due to the removal of lfd. Bad call Blizz.

nope no lfd at all because they listened to a small survey of people.

I swear they need to have official polls on the website. Announce it on the launcher, in game and say popular vote decides before they make a game changing decision like this, or removing flying or removing reforging, etc.

Before they make the game worse.

I swear they need to have official polls on the website. Announce it on the launcher, in game and say popular vote decides

They apparently did. I know some wolk survey made its rounds (though you can’t actually view the results).
Truth is they’ll always go with whatever decision will extend content for that sweet time played metric.

Removing LFD will make getting groups together take longer with travel time and manually forming parties, and thus gearing.

The no LFD decision has really just made me hate Blizzard all over again. I was willing to put aside all the really stupid choices they have been doing lately, but then they top it. Well I said it on another post and I still stand by it that I will never play Wrath Classic now. Even if they add it back I’m done you’ve missed that boat.

I don’t think I received any such survery, but then again I only very recently came back to WoW after like almost a year of no sub.

What I am thinking with this no LFD in WOTLK Classic is that they want to cater to a small specific crowd. Which isn’t at all surprising seeing as how they even want to turn PvE in Retail in to an eSport.

So I’ll likely not be playing WOTLK “Elitist” Classic, because that seems to be what they are aiming for.

I don’t think I received any such survery

It was sent to random people I think.

I know Asmongold got one from a YouTube video. I didn’t watch it.

Possibly you had to opt into it? I don’t know. I doubt it mattered. These surveys probably go into a shredder pile like all the “Why I quit” surveys. 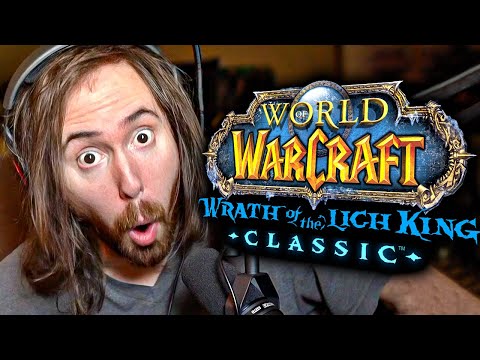 What I am thinking with this no LFD in WOTLK Classic is that they want to cater to a small specific crowd.

My thoughts as well. They don’t care if anyone playing Retail ever plays Classic since they have your money already.

If they can get those who refuse to play Retail for whatever reason to also pay a sub for old content that’s an easy win for Blizz. It’s found money for very little effort.