You claim you want the DPS differences to be minimal through conduits, but these are all just buffing the phial, which is also bland compared to the other covenants, and do nothing for actual damage. There’s a bit of CC in there, but it’s bad compared to others as well.

It’s especially bad when Venthyr have nice damaging traits to them in comparison to other Covenants such as Kyrians or Necrolords, who seem to be more focused on the defensive side. While it’s nice to have defenses, it’s very situational compared to the Venthyr whose traits are pretty much great in any situation.

Having a couple soulbinds retooled to be more focused on damage in both Kyrian and Necrolord Covenants would actually be great!

Night Fae have a self-rez as a soulbind ability.

The cooldown on it is very high, no point. You can teleport with venthyr very often, skipping tons of M+ trash packs and raid trash.

He’s a very good boy, and enjoys a relaxing pat-pat after working on Centurions all day.

I hope you do a balancing pass on Covenants at some point. Kyrian is my preferred one but looking at those abilities feels underwhelming. Steward is going to have to do something pretty substantial down the line.

The art team inspires me every day. It’s impossible for me to see their work and not come away with wonderful story ideas and bits of prose.

Seriously you ever touch an owl or baby owl? They’re so soft. 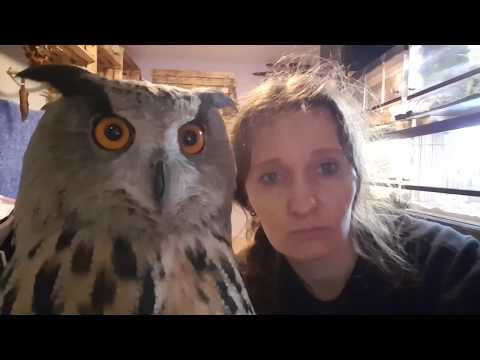 I have a serious question about Stewards.

What do they eat? 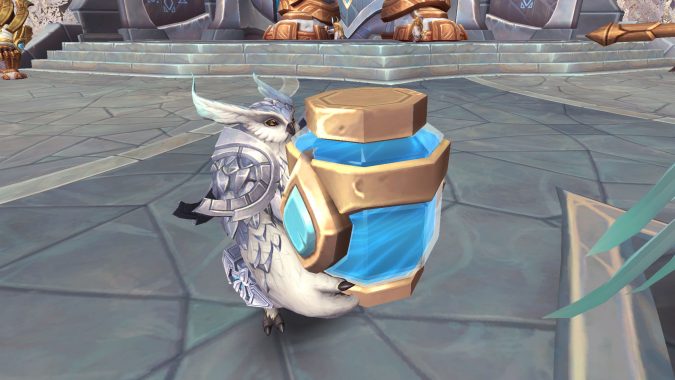 Do they just live off of Stewarade?

Also why did the art team choose to make everything in Bastion look so good, but keep us as ugly mortals instead of glorious blue bois?

Can we make the soulbinds a little less crutched to the phial?

Also I got a lot of D3 High Heavens vibes from Bastion. I dig it.

I have! I had an internship at the Wild Animal Park (now called Safari Park) and got to be around incredible animals. I especially liked our Eurasian eagle owl.

I’m going to the High Heavens!

I only have two choices.
Ardenwaeld or Bastion.
My mages, warriors and monks have more in common with Bastion.
My rogues, warlocks, it makes more sense to be in Ardenwarld.

Even if the advantages are not the best.

I would but it looks like they are underpowered. Id like to when it doesnt hurt my character power

The paladin ability looks really fun, but they look like they are worse for content. Im not a high end guy, but I like going for my best, so Ill go for them if it doesnt make me weaker

WoW gods help me. Hundreds of posts confirming raiding holy paladins are required to go down this trash heap of a convenant and their xmog. I’m really tired of being expected to wear stuff like this. I was really hoping the promise of being able to choose and play what covenant you wanted to, without compromise, was actually true. Faith in the system lost.

Can’t wait to smash 5 shields around.

Ok, wouldn’t that be the ultimate troll. Blizz adding Kirians as an AR but doing it by irreversibly turning your character into one when you finish their ascension quest line.

Kirians is the covenant I am most looking forward to playing, they are sooooo pretty and really pander to my love of all things angellic. I also am loving the designs for Maldraxxus. I am so excited to play Shadowlands, I really hope I get a beta key.