Yeah…So, I guess you get all THIN and nerdy with toned muscles by doing Dungeons and Raids. A chair and a PC don’t differentiate between achievements, reps, or dungeons. Kind of a funny analogy though

Speaking of which…how many more things are going to be turned into carrots to get players into dungeons and raids?

So far flying and now even new allied races are requiring the minimum of dungeons for players to obtain what used to be available for ALL players of all playstyles.

There were a lot more things, in Legion, that roadblocked any players who did not complete class campaigns (which required dungeons) including hunters not even being allowed to tame rare pets. What next?

I GET how much some players love dungeons and raids and how, for them, there is simply no understanding how other players would not be doing them as well.

Yet, some of us, who used to enjoy the group instance content style of play, no longer are able to do so. We have been here since the early days and are no longer able to be a positive part of a group. For me, it is physical limitations caused by arthritis. My hands simply are not able to move as quickly and adeptly as I was once able to.

For people like me, we see more and more of the game being taken away from us. NOT because we are “lazy”, as some seem to get a real ego boost by acclaiming, but because we have settled for the other things that we can do in the game that we have grown to love over the many years that we have played.

It is not a matter of not being able to do what has always been required, it is watching as open, inclusive content is being turned into dungeon and/or raid content whether it is related to dungeons and raids or not.

It is the game that has changed and the current iteration of devs obviously have no value attached to long time players who do not, or cannot perform adequately in dungeons and raids any more.

The many complaints about unprepared players and the number of players who get booted because they are not well geared speak volumes about how much most dungeoneers and raiders do not want us in their playground. Yet, when this subject comes up, they seem to be the first in line to rip people like me apart for being “too lazy”.

So, here is another thing that I can chalk off my list of things to be able to obtain in WOW. This game is moving fast away from players like me and, like a lot of other players who have already left, it leaves many of us wondering how much longer it will be worthwhile to stay.

Here’s a link to the quest itself. Let me know if this helps! 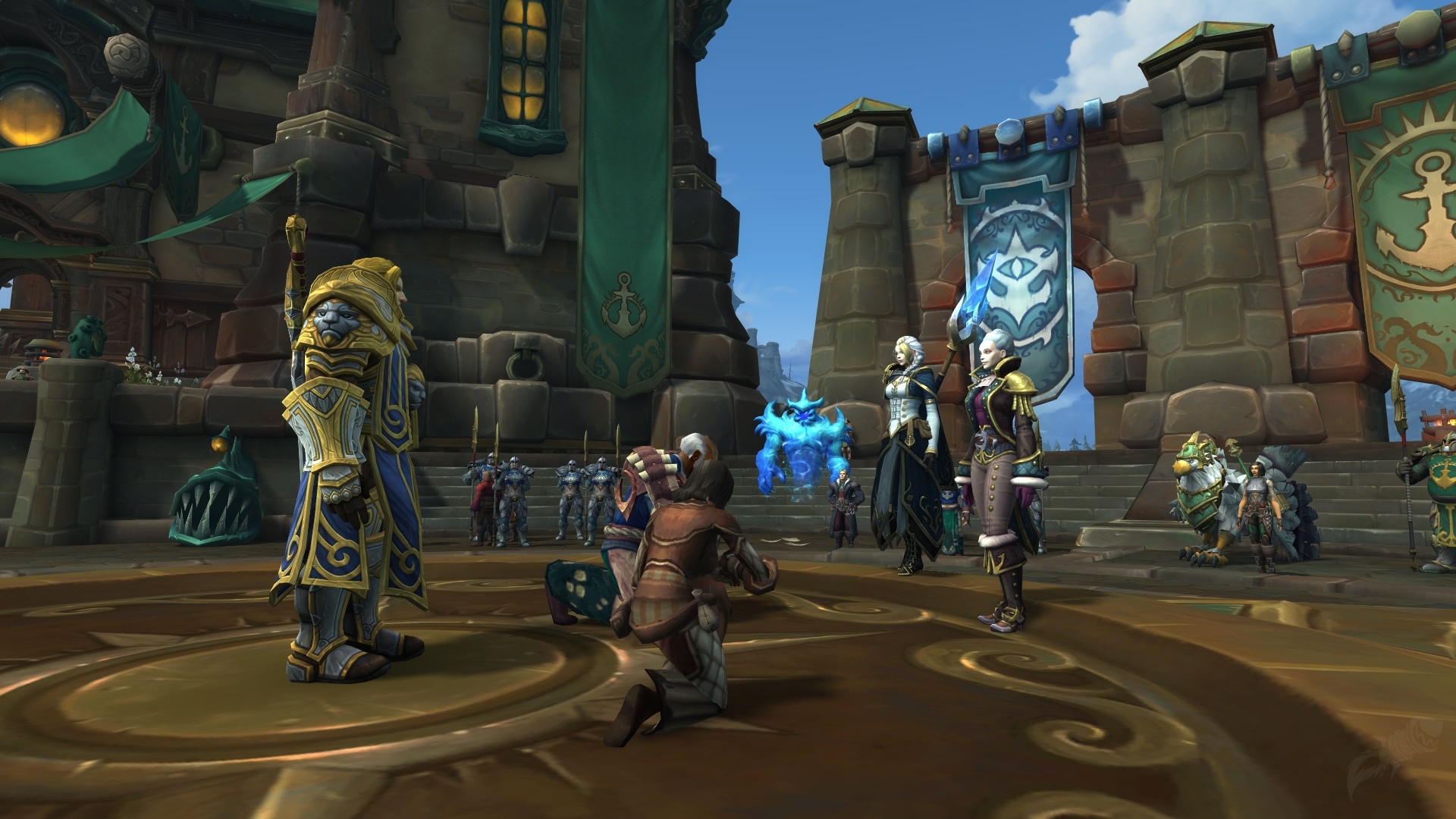 Good help in the comments section!

how do you have fun doing the same daily quests for months. i dont get it

I do them while waiting for groups to form, guildies to log in, etc.

More fun than afking in boralus.

id rather afk in boralus

cuz afking in boralus is fun

You do you then, I guess.

If this was rolled out like the BC races there’d be a chance in hell of me leveling another alt. As it is… these requirements aren’t exactly bringing the new payers in droves are they?

This is the part that I don’t understand. I get from a story perspective it makes sense for us to have to put in some work. On the other hand, this is not a good way to get new players into the game. Rep Grinds do not bother me in the slightest but I understand other players don’t like it.

I still love rolling belfs for the starting zones. If they had rolled out Blood Elves like they’re rolling out new races now, BC would have been their WoD. It’s mind blowing what they’re doing.

im alittle confused I thought that if you have those req with once char it was account bound… so its not I would have to make a another char or race change.?.. oh veh , here we go again.20-120, can I pull my hair out now !!lol,

Have there been any changes regarding Zandalari warlocks? Originally Zandalari were stated to be playable as warlocks but then it changed so Warriors could play them instead. This means that Horde side, Warriors can play all 4 allied races, while warlocks can ONLY be Nightborne.

I understand the hero classes aren’t even able to get that, but i’m a vanilla class and i’m starting to feel left out.

Leafblight, it had nothing to with Warriors, but PALADINS!