Just when you thought the lore couldn't get worse (Sepulcher spoilers?)

So apparently Mal’ganis and his girlfriend, Kin’tessa or w/e her name is, were a bunch of NPCs over the course of WoW’s history all along. They turn into various NPCs that are supposed to be them in disguise:

What sort of amateur BS writing is this? Danuser and this team are just dedicated to crapping on everything else to push their garbage writing aren’t they?

This is just insane at this point, and not even GOOD writing. This is like bad 13 year “I’m gonna be kewl” fanfiction.

at this point I was expecting Mal’ganis to transform into Jaina. If this story it’s not meant to be taken seriously. At least make it fun.

at least like Jaina in one specific part, not Jaina in general. Like the jaina who ordered the purge of dalaran or something.

(toddles off for coffee)

I just thought they were messing around, is it confirmed that they were actually those npcs?

So… how come when we kill those guys on the list they don’t turn into dreadlords and get banished to the nether like every other dreadlord does when you kill them?

Some consistency would be nice.

I am going with they were messing with you. Or at the very least, that they were also messing around with the people under the command of those NPC(I.E. they were them part time)

I really don’t know. Could be that they weren’t them at the point we fought them, but somewhere behind the scenes, like how in the ZM quest where he impersonates us to get the covenant forces elsewhere.

So… how come when we kill those guys on the list they don’t turn into dreadlords and get banished to the nether like every other dreadlord does when you kill them?

Probably going with the idea that they only disguised themselves as those characters to push at certain decisions on a few occasions versus always being a dreadlord.

Just like how Mal’ganis disguised himself as our characters to give orders to other NPCs during the Zerith Mortis campaign.

Well since Malganis turned into my doppelganger and ordered the troops in ZM all over the place. I had a feeling that maybe we’ve been led astray all this time.

I mean what else happened? Can we be sure that more aren’t dreadlords? Clearly they have been waiting a really long time to strike but what gets me is that when they do decide to strike it comes across like a rookie and not a master of subterfuge.

Do you have any source for this, any videos or pictures? I’d like to see them.

So apparently Mal’ganis and his girlfriend, Kin’tessa or w/e her name is, were a bunch of NPCs over the course of WoW’s history all along. They turn into various NPCs that are supposed to be them in disguise:

But…why? Was there a reason stated for this?

This seems like the correct take, to me. I’m a little confused why people think this is bad since this is the kind of stuff that dreadlords have been known for since the earliest days of WoW and it’s cool to see it referenced in Mal’ganis’ boss fight.

All I can say is: 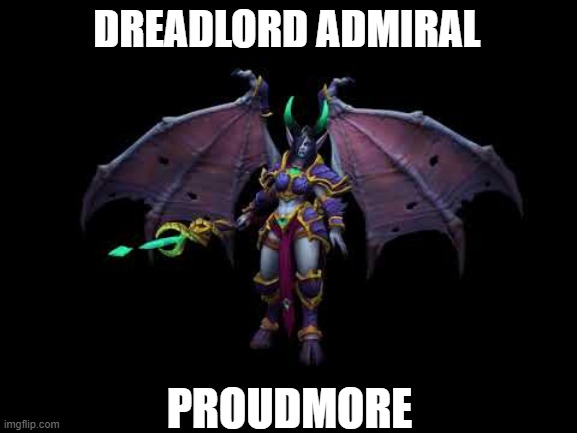 Because the cool thing to do is to wait around and yell “lol bad writing dasnoozer!” at whatever comes out now even though they had a dreadlord replace the spy master for the Alliance before so it’s not like there isn’t precedent for this kind of thing.

Mal’ganis and his girlfriend, Kin’tessa or w/e her name is, were a bunch of NPCs over the course of WoW’s history all along

Not necessarily. This is more likely to be just a flavour thing. If you go back on a demon hunter to use Spectral Sight on these NPCs, they don’t appear as dreadlords. Instead, it’s more likely that they were mimicked at some point in history but not for their entire lifespan that we knew them as. It’s a mimicked appearance after all, they grabbed it from the NPC.

Just some advice, you probably shouldn’t be taking my messages in Discord out of context without its discussion to make rage-bait on the forums.

Like come on, such large lore implications for little “Easter egg” buffs that last 12 seconds is hard canon that ruins the lore? I think this is an exaggeration.

Edit:
“The way I see it is the dreadlords were practicing their ability to mimic previously existing people. The buff tooltip says they are imitating other beings, not that they necessarily were those beings all along.” - Senior Game Designer for Encounters on WoW

Yeah, I think a lot of this stuff tends to be taken in really bad faith because people are invested in hating on the current writing team. And to a certain extent, I get that, I have plenty of problems with modern WoW lore, too. But I feel like if you’re writing “WoW writers keep ruining their own lore” after every new little tidbit gets revealed, you’re probably more invested in hating on the writers than anything else.

That dreadlords have been impersonating people we’ve known off-screen for years is really cool. It’s what we’d expect of dreadlords and the kind of neat detail that I want more of in WoW, not less of.