You do realize you’re talking about Actiblizz right? They’ve been doing this exact bait and switch for years now and the white knights still harass and insult anyone who points it out as a paranoid crazy guy who should quit if we don’t like it.

Yeah but the good father is a player of principle. He will quit since he put it in writing. Sometimes I joke around, not to the point of trolling, but I like jokes. No joke- I do hope that layering is done in phase 1 now. Even if I like layering.

Yes. Absolutely I do. For me. This is the last promise. They break this one and I’m done.
End of phase 1 it’s me or layering.
#Ionpromised #lastpromise

People that were asking for batching thought you could control it. There’s still people to this day that claim it’s not server batching that you can time your abilities with someone else’s to land in the same batch. It’s insane.

You can control your timing of certain abilities to get a desired result. Vanishing a Blind (Vanish just as the other Rogue uses blind, so you’re in stealth and their blind is on CD and you reopen) is a great example, and could be done reliably back in the day with the old batch system. Not EVERY time. I suggest you go watch PvP videos of Rogues that really knew how to play the system.

Not to mention the obvious changes to how batching functioned in Vanilla vs the modern client causing lag everywhere and not just combat.

The game was laggy back then in just playing it. I always had a decent cable connection, so I wouldn’t lag in the traditional sense, but it was definitely a “slower” game all around than retail. Game felt exactly like I remembered in the Stress Tests.

Same with leeway. Dozens and dozens of videos from Vanilla show it’s not as extreme as Classic and even Blizzard admits it will be overtuned thanks to infrastructure

I remember getting hits on / from targets in Vanilla at strange distances all the time. As for the bolded part, you got a link? All they said is “melee leeway” is working as it did during Vanilla.

I already used up my “last promise” during legion so I’m not coming back until layering is gone.

The problem with layering is that eventually you’ll run into the problem(s) you were desperately hoping to avoid. The current architecture of having multiple realms capped at 3k~ each means at least some of those realms will be dead at some point in the future. For instance, after layering is gone, what happens if a server drops to just 1k players? Are they then going to merge that server with another? Nope–they’re going to bite the bullet as Too Bad So Sad. It’s what happens when you play the numbers game and thus are a slave to it. The fact is that these problems are–and always were–a byproduct of the realm system and they’re actually unavoidable unless you come up with a different solution that creatively addresses the root cause and doesn’t just feel like a statistics class hoping for “our best shot”.

There’s definitely a lag to just about everything you do that wasn’t in Vanilla. You forget that just because the game might use the same batching latency, it is executed differently than Vanilla with the new engine. My analogy is running a game from the 80s where the timing is tied to clock speeds on a machine today with the same timing - it will not be accurate. The numbers will be, but will not function properly unless you make changes to the way code executes.

And I remember being “out of range” on top of people. Welcome to gaming on the internet when things don’t funciton properly 100% of the time. That’s still not an excuse.

Here you go: WoW Classic “Not A Bug” List

There are more people with low latency now than there were in 2006, so we expect for some it might feel different

I can deal with layering for phase 1

If you can’t replicate a result 100% of the time then it’s not something you can time against.

Actually, even if I only have a success rate of 1%, then I have in-fact, timed against it.

There’s definitely a lag to just about everything you do that wasn’t in Vanilla. You forget that just because the game might use the same batching latency, it is executed differently than Vanilla with the new engine.

Again, felt normal to me in the Stress Tests. The game engine was just slower back then and people either never experienced Vanilla, or have completely forgotten that.

There are more people with low latency now than there were in 2006, so we expect for some it might feel different

Right, ok. So, where do they state its overtuned? Here, I’ll do the whole quote for you.

After careful study and testing, we’ve found that for players with low latency, the state of melee leeway is how they would have experienced the game in 2006.

There are more people with low latency now than there were in 2006, so we expect for some it might feel different, but it is working as expected.

They say that even if you had low latency in 2006, this is how it would’ve played for you. The others never experienced the game this way because they had slow connections, so it feels different. Feels. Its tuned exactly how it was.

He said “first few weeks” and also said it would be gone by phase 2.

1% is luck. Your ping fluctuating 1ms can throw you in the next batch. That’s not player skill. That’s insane to think otherwise.

The game ran a lot of things client-side to feel snappier. Today’s engine doesn’t but today’s engine has a batching rate of about 10-20ms so nobody notices.

They literally said it’s overtuned when they said it will feel different because more people have faster internet today than everyone did back then. This is easy to grasp, friend.

Don’t know about you, but how the game played back then for folks is how it should play now. It needs to be tuned down.

You can’t just paste old numbers in a new engine, have it break, then say “well yeah it’s just the same numbers so we are keeping it, despite it playing inaccurately”.

Funny how they cared more about the accuracy of a lamp post people will remember so they changed it but won’t change leeway which changes the games meta.

Let that sink in. They admit folks will notice it plays differently but are keeping it because of “accuracy” of the code - but they ignore what the data tells them for a lamp post and change it to what folks will remember.

That’s the kind of hubris and ineptitude we are seeing. A lamp post takes precedent for nothing more than player’s memories but combat-changing mechanics stays combat-changing.

So what do pservers do about spell batching and leeway ?
That has never come up on those server forums.

Thats because there was never any need for it.

Don’t know about you, but how the game played back then for folks is how it should play now.

Your achievements state otherwise concerning your ability to remember -anything- vanilla wise.

We’re trial accounts a thing that early? I know they were in later vanilla but I don’t think they were a thing pre 1.5… maybe I dunno been too long since I opened my first box copy of WoW.

Like he said there should only ever be one world boss up per server. I for one am looking forward to the pvp carnage of world bosses. Layering must be gone by phase 2 to ensure this.

rare spawns? so what

No…there were passes included in the game boxes for some free time.

Oh I’d love to post from my named WoW account but I can’t select those characters. I only got this one attached to my BNet recently as a recovery when I left WoW after TBC hit. 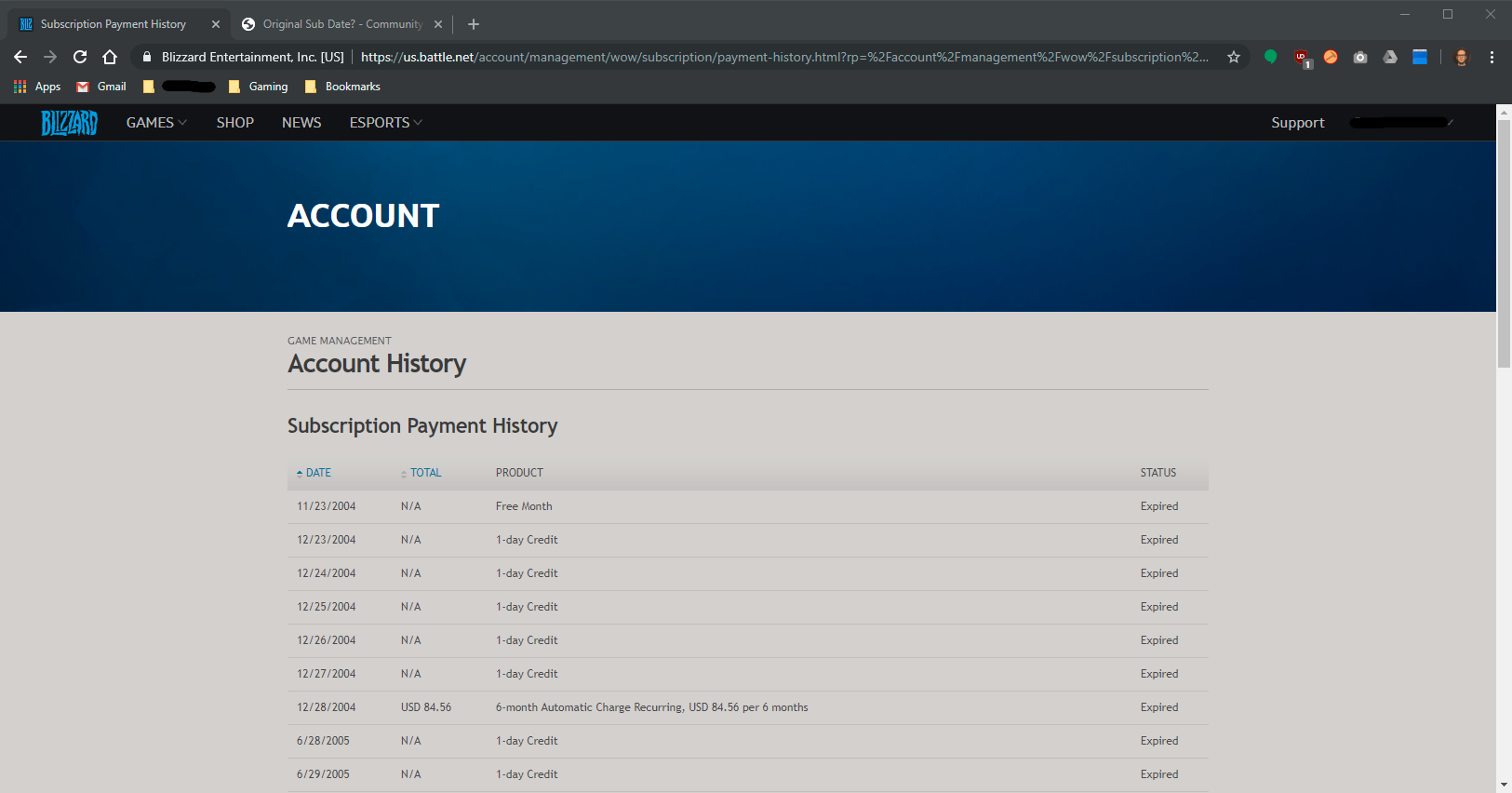 Aside from remembering - we have plenty of Videos from that era that showcase Classic doesn’t play the same.

You’re free to show me old videos that look like this: 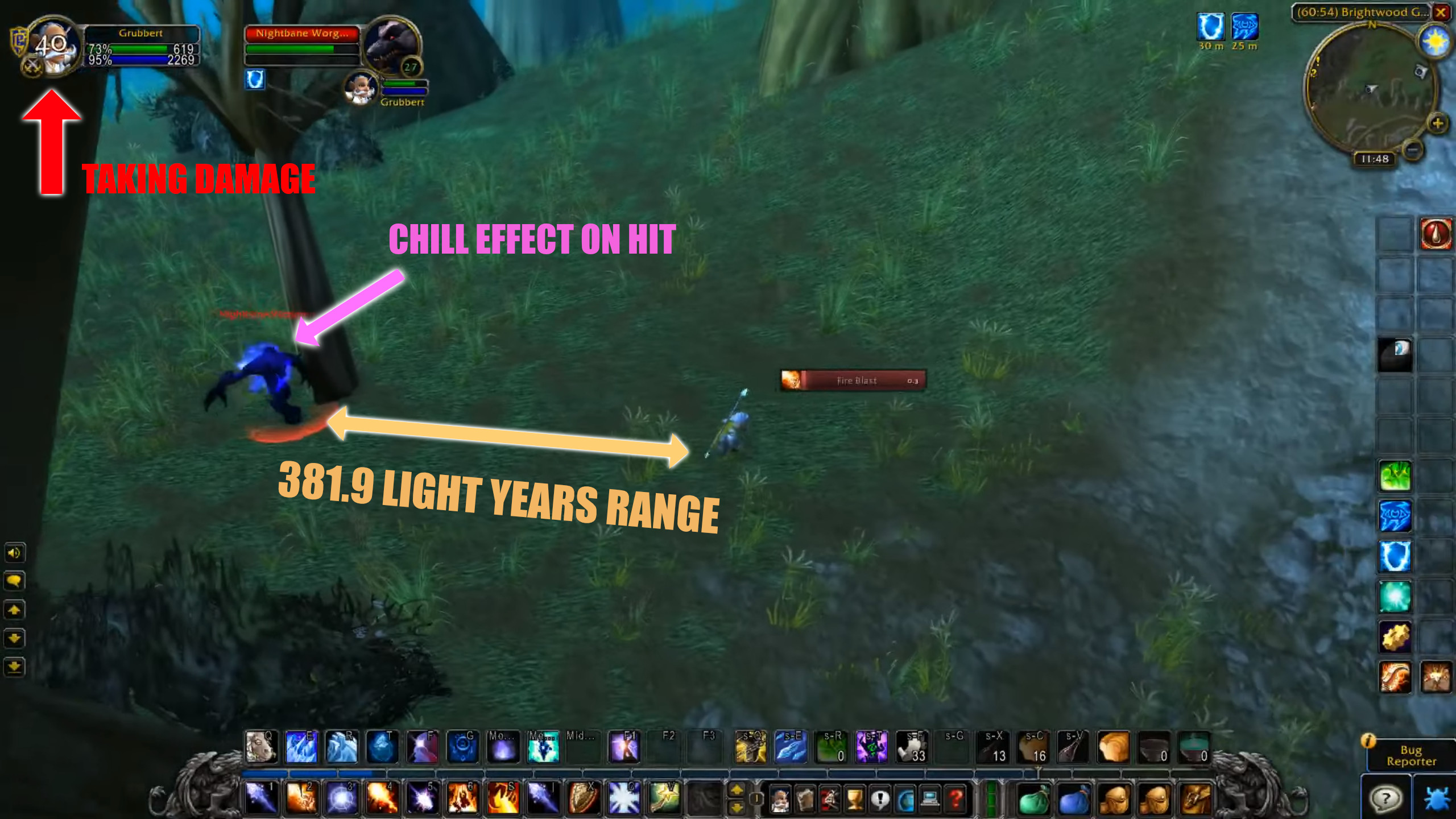 pretty sure he was referring to how long phase 1 would last.

That phase 1 would only last a couple of weeks ?

With phase 1 containing ony and mc I think we’ll have phase 1 for a good number of months.

14min 36sec mark is where it should be time stamped, for his battle between a DW Warrior and Mido.

Take a notice at the Warriors hit on Mido @ 14 min 50 seconds. That’s further than 10 yards.
Edit: Again at 15m56s, the Warrior attacks from far outside melee range.

So basically, I have video proof it existed, I have verifiable achievement proof that I actually did play the game back then, and I’m remembering the game as Blizzard has verified it.