I defeated the mage tower tonight. My thoughts

so basically, the WoW community can’t come to an agreement. What a frickin surprise lol.

I think it’s a matter of both stances being true. The Mage Tower might be too hard and the WoW playerbase might need to just get better.

Congrats! I think some sort of nerf is incoming. I don’t think it was ever meant to be made exclusively the domain of top end players.

Ok I respect your input and applaud your accomplishment even though it took 100+ pulls. And if Blizzard wants to lock this challenge behind hardcore difficulty that’s fine, than leave it for the hardcore players. Im closer to a casual player and im not gonna sit there and do a 100 pulls to do this.

WoW is not a MMORPG anymore.

IT is a MMOGoC (Game of Chicken). 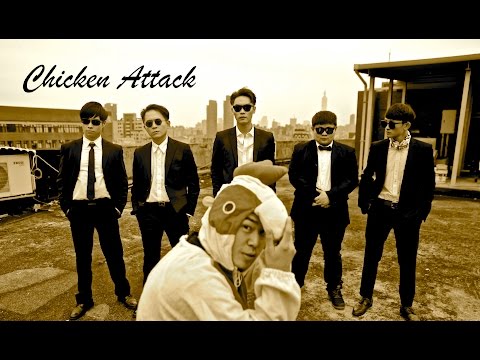 Congrats! Took me like 40 ish or more pulls. Found some sucess when I went looking in my bank and use some of the gear I hoarded just in case it was ever useful. Apparently it was useful in the magetower.

I also think they hotfixed some changes on wowhead. Love my mog… know I just gotta do the other classes… sigh. 13 days of mage tower here we come.

You can’t make any mistakes or you wipe.

this is how it worked originally

Ok I respect your input and applaud your accomplishment even though it took 100+ pulls. And if Blizzard wants to lock this challenge behind hardcore difficulty that’s fine, than leave it for the hardcore players. Im closer to a casual player and im not gonna sit there and do a 100 pulls to do this.

I don’t consider myself a hardcore player or a casual player. I’m kind of just in the middle. But yeah I agree. Sadly, I don’t think a casual player is gonna be able to beat the mage tower in it’s current form. It’s too brutal and I’m gonna go out on a limb and say blizzard knows this too. I’m predicting a hotfix soon.

You have different stat priorities at different levels. Thus you may have to switch out gear. Sometimes scaling messes with effects.

The problem here is, when that was launched in that state they legit designed it for people to ‘grow into’ meaning, it was tuned with the expectation you could out gear it to make it easier

That cannot be done here due to item scaling, the fact that many classes live or die based on the borrowed power they get, and complete kit changes that have happened in the two expacs since legion was ‘current’

There’s also the fact that Time Walking is considered ‘casual’ content and this was lauded as the ‘Main event’ of legion time walking but it’s designed around/for Mythic raiders at the moment which is such a tiny fragment of the player base, and most assuredly not the ‘casual’ crowd.

Lol the worm boss for BM took you 100 tries,

I’ve just done it as well and am in the process of doing the Survival Hunter challenge. From what I can see it really is a simple solution to maintain the challenging nature of the mage tower.

Keep the autokill mechanics as they are (Not interrupting fel blast on Tugar, ice comet icicles, fel stomps) but, the consistent chip damage needs to have another tuning pass to be a little less…“I miss an interrupt on their normal casts and suddenly my health i- oh I am dead” to more of a “Ouch this hurts! But my class toolkit can keep me alive :)”. Maybe reduce the damage by 3/5? Or something for the common abilities? Like frostbolt in the Xylem challenge shouldn’t be doing 1 k damage. That’s just not feasible.

Does blizzard even have the tools to know if this is correct???

My guess is the participation rate vs the success rate spreadsheet. If more people tried, and failed then just said heck with it, and gave up, are more than the ones who completed it, then yeah I bet they nerf it some. Nothing unusual about that, since they do it pretty often anyways.

Lol the worm boss for BM took you 100 tries,

yuup. i started at around 12pm and finally downed that frickin worm at 11pm. at least now, I dont have to worry about going back into that place ever again.

Having done 30ish attempts as bear tank and not being able to get the 1st phase lower than 60 because of rng spawns of stuff completely shafting me, having to burn cds to deal with nether spawn adds or die in less than 2seconds from 10% of max hp per half second per living nether spawn (and they can do that while moving so gusting them away is pointless) boss healing almost to full if he doesn’t get kicked on the charge up for his life drain from just a single tick of it being up, and his max health debuff blob being as large as the range on skullbash, yeah…it’s not really doable.

Even the mythic raiders that did this in ptr are saying it’s much, much harder in the live version, and when you add into that, the fact that time walking is supposed to be casual content…yeah…big fail on Bliz’s part with this

the fact that time walking is supposed to be casual content

when did blizzard ever say it was supposed to specifically be casual content?

Even the mythic raiders that did this in ptr are saying it’s much, much harder in the live version,

Personally I think they should just keep it up all the time. Let people give a hack at it anytime they want. I personally do not like feeling rushed to do this until it comes back like every 6 months. The first week is a two week thing and then the others will be a one week thing. Would be nice if it was just up all the time if they are going to keep this tuning.

It is so awkward that they do this with solo content. It’s not like mythic raids are randomly locked behind weird calender dates.

I beat this the first week it was out back in legion. But tried this version of it and its like just a harder version of what it was because no legendaries, no artifact weapon.

Not really a fun experience or worth my time to do again.

The bosses speeding up their abilities is pretty fun, too. /s