Has WoW Music lost its magic to you?

No, I am not saying that the recent works of music in the shadowlands xpac are bad, they’re stellar as always.

It’s that when I was fairly new to WoW, the music was hugely exhilarating and euphoric. I remember getting frissons (goosebumps), chills down my spine, and weird sensations in my head when I listened to Azuremyst Isle, Grizzly Hills, Howling Fjord, etc in my first 5 years of playing WoW. But as soon as I went to college, while the expansions I had played in those years (Legion, BfA, and now Shadowlands) had good music, the sensational feeling isn’t there anymore.

I personally know people who still feel goosebumps or nostalgia attacks from listening to both past and recent WoW music despite them not playing for years.

Here I am, still playing for almost 11 years, and I can’t seem to have a magical feeling with the music anymore. But other people still do, why is that so, and do some of you have this thing?

Edit: Apparently some people misunderstood my post, which it ok! My point is that I for some reason can’t have the old magical feeling with WoW’s soundtrack anymore. Just today I was cruising around Northrend and unlike almost 10 years ago, the music doesn’t make me feel goosebumps as I was in my first 5 years of playing WoW. It is the same old music, but it the magic doesn’t seem to ring anymore.

I’ll be honest and say “yes, it has”. The other day, I was bored, so I created a level 1 Undead Hunter and returned to Tirisfal Glades. The first thing I did was turn the music back on because it is so awesome there. Since Legion, I haven’t heard a soundtrack worth playing…

there were only ever a few tracks in wow’s history that captivated me, most of which come from vanilla. it’s not that the music is bad or anything, just that most of the songs just sorta… exist.

I’ve muted in game music since BC

I haven’t listened to the music in WoW in years. I’m either listening to my music with the rest of wow’s audio on, or listening to a podcast. While playing FFXIV I listen to the in game music, it may be a bit more all over the place, but it just fits better than wow’s imo.

wow music is good, but listening to my own playlist is better.

People are listening with rose-colored headphones. Vanilla and BC music are absolutely horrid. WoW music did not start getting good until Wrath, and it has gotten better with every expansion. BFA’s music was honestly incredible.

Unless I am completely muting the game, I always listen to the game music. For me it is just as important as anything else in setting the atmosphere. I actually have several playlists on Spotify of WoW music that I listen to at times, especially when studying.

Wow has two things going for sure over it’s year,art and it music. It does set the mode for me in each zone ,imho.

As for losing the magic no the orchestrated music is sl just adds the magic,little differnt than the past expansions .

MoP was the last time I had feels in blizz music as in it being full and incapsulating as a part of the game. Since wod it has felt like bolt on tackey filler track type tunes. (and in a good game ALL aspects had the blizz polish)

There certainly hasn’t been anything great since legion, even then it was like 1 song.

No it has not lost its magic to me. I find it to still be amazing!

Definetly. Think i stopped caring about wows music when i heard other games music.

I think that in recent expansions the music may have gone too far in the thematic direction, which makes it stand out too much on its own. Good zone music needs to have at least a bit of an ambient quality to it so it works in concert with the terrain, foliage, skybox, etc to paint a picture.

Vanilla’s music, which is among my favorite, leans hard in the ambient direction. Really the only thematic music you can find in Classic are in the capital cities, and even then it’s only 1-2 thematic tracks that don’t get played into the ground — you hear the thematic bit as you walk through the gates and after 20-30s it switches over to more ambient music.

TBC probably strikes the best balance of ambient/thematic. WotLK’s music was good but definitely leaned further in the thematic direction, and it’s tilted further and further thematic ever since.

I stopped caring after MoP (I never actively listened to the music either), mainly since I started to play on mute and listen to JRE or YMH while playing. Keep em high and tight, mommies!

The music has high points and low points but is usually consistently good. Dazar’alar soundtrack was a great one in BfA.

I normally play the game muted but whenever I’m in Ardenweald I turn the sound back on. The music in that zone is just so pretty and peaceful.

BFA had a few good ones but I play Alliance. Legion was great but the old classic music is spectacular.

Vanilla and BC music are absolutely horrid. 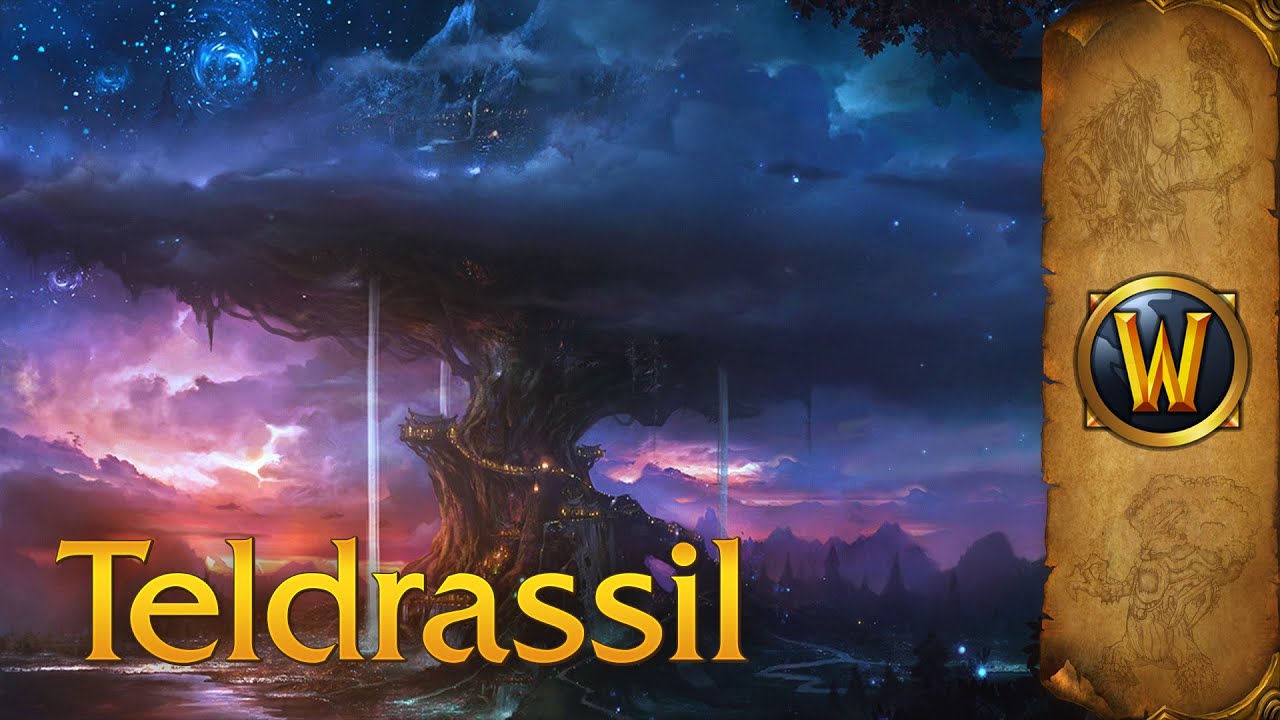