I bought a Razor Huntsman and boy did I learn. It’s built for speed, but wow requires precision. I hate accidentally triggering moves because the super sensitive keyboard picks up signals at ~10 percent of a button push.

WoW has many keybinds, so we definately value precision over raw speed, especially with the global cooldown keeping speed in check.

Any quality keyboards out there that has a better actuation point / time for mmo’s with tons of keybinds?

Edit: Don’t we also want smaller keyboards so that we have an easier time reaching the keys?

Your issue isn’t with the Razer, it’s with the switch type.

For fast-paced FPS games, the red keys (or in this case, the Razer light and clicky optical switch), which require less force to actuate, are better.

With these switches, it’s easy to make fast movements, but it’s also easy to double type and to also inadvertently press keys.

For MMO games (and incidentally, typing in general), your typical blue or brown switches are going to be better.

I prefer brown switches. They take much more deliberate action to actuate, and as such, are much less likely to result in double typing/errors.

They also have enough tactile and audio feedback to signal to your mind that you’ve actuated the keys, but aren’t so obnoxious like blues, and tend to be a little easier on my arthritis.

I am using a Razer Black Widow TE (Tenkeyless) with brown keys. It’s precise, high quality construction, and is fast enough for gaming.

I also used some Logitech keyboards, such as the G413 and G613 with Romer G keys, which are a little closer to rubber dome but also decent.

There’s tons of different brands of keyboards, but the switch type is going to be the bigger determining factor, then quality of built, then features, etc.

Thanks for responding. I did some research and came across Cherry mx Silent blacks. These are like reds with a bit more resistance and require a full button press. How do you think they measure up to browns? I’m having a hard time finding keyboards with them.

Also what do you think about size? Does it make sense to go smaller for easier access to our many key binds?

Haven’t personally tried them - but my understanding is blacks are also quite good.

I like TKL, but I won’t go smaller. I know a lot of folks who do go with smaller keyboards. Personal preference, I suppose. Smaller usually means less keys or more layers, but closer mouse and saves space.

i have a Leopold FC750R with blues and i absolutely love it. I think its the best non custom keyboard for wow hands down

Yeah, definitely don’t tie yourself specifically to “gaming” keyboards unless you’re really looking for the aesthetic. Any mechanical keyboard will do the job just as well or better.

Leopolds are definitely a good option, probably one of the best in terms of bang for buck. They’re not the most glamorous looking, but they’re solid and have better stabilizers than what’s typically found in most keyboards (do your longer keys like Shift and Space rattle when you use them? Yeah, those are cheap/badly lubed stabilizers).

I had a Corsair KB with speed switches. I couldnt type it on. I was constantly mis-typing. Like all the time. My suggestion is brown switches for gaming and general use.

Totally agree, I just can’t get my mind around what makes a gaming keyboard $200 with the same switches as a $50 mechanical keyboard. I get the RGB lights, but I really don’t care for that.

A lot of it is software, marketing, and build quality, etc.

Personally I have spent time on my daughter’s Redragon TKL w/brown Outemu switches, and compared it to my Razer TE Orange switch (same format, similar switches), and while the Razer feels a bit better, the redragon is stupid value for the money.

I can’t say that I would feel like any less satisfied if I was using that instead of the much more expensive Razer. I would not have purchased it were it not for the Amazon lightning deal ($70). But even with the deal, the Redragon was nearly half the price (and includes a mouse, $44) and is comparable in performance.

If you want value for the money, Redragon makes some really impressive products. Plus no compulsory registration on the software to make it work like the Razer.

I’m honestly just looking for the best out there. Im willing to spend up to $350 if necessary. Just point me to it coach

Something with a tight composition so that I can easily reach my keybinds, and a good choice of key types. Currently leaning towards the equivalent of mx silent blacks, browns or even clears.

I definitely value precision over speed. Don’t want accidental triggers due to buttons activating at literally 5 percent of a push like on my current Razor Huntsman

Totally agree, I just can’t get my mind around what makes a gaming keyboard $200 with the same switches as a $50 mechanical keyboard. I get the RGB lights, but I really don’t care for that.

The Apex 150 has the lights, but other than that it’s just a quality keyboard that’s not too loud. I got mine for $50.

I’m honestly just looking for the best out there. Im willing to spend up to $350 if necessary. Just point me to it coach

Something with a tight composition so that I can easily reach my keybinds, and a good choice of key types. Currently leaning towards the equivalent of mx silent blacks, browns or even clears.

I definitely value precision over speed. Don’t want accidental triggers due to buttons activating at literally 5 percent of a push like on my current Razor Huntsman

At $350 you’re getting into a price range where you’ve capped diminishing returns on prebuilt keyboards and building a solderless custom keyboard is probably the best bet if quality is the main concern, but that’s not everybody’s cup of tea so I won’t elaborate on that unless it’s of interest to you.

Just saying that’s how far I’m willing to go if necessary. But if I can get a quality prebuilt that does what I need it to for cheaper then I’m all in for that as well.

It sounds like you just don’t want an inaccurate keyboard. You don’t have to spend a lot to get that. Just get the right switches.

Yep, the switch is the main thing.

Also worth considering a prebuilt hotswap board like the GMMK, which makes it easy to replace the switches should the variant you bought the board with turn out to not work. With a little patience, they’re also great for figuring out which switch is ideal without breaking the bank on a bunch of boards.

I feel like I want to get into the heavy keyboard customization game.

But on the other hand I am afraid of opening that can of worms.

So I bought a few keyboards following the advice in this thread. I’ll be testing them all, keeping the best one and returning the rest. Can’t provide links for some reason, so i’ll just share the names so you guys can look it up and share thoughts easily

Buddy swears this one is good. Gonna give it a fair shot. He says the non optical version is less hair sensitive than the huntsman.

This is highly rated on a few lists. It comes with Gateron brown switches and has a compact design, suggesting easy access to keybinds. I hear gateron switches are cheaper quality than mx cherry, but i’ll give it a fair chance.

Finally, this features a compact design (easy key access) and has the official cherry mx browns which should be higher quality than gaterons. Downside here is this board has no wireless feature and no lights. No frills, just a promise to do the job right.

Let me know if you guys have any specific suggestions, i’ll add it to the list. 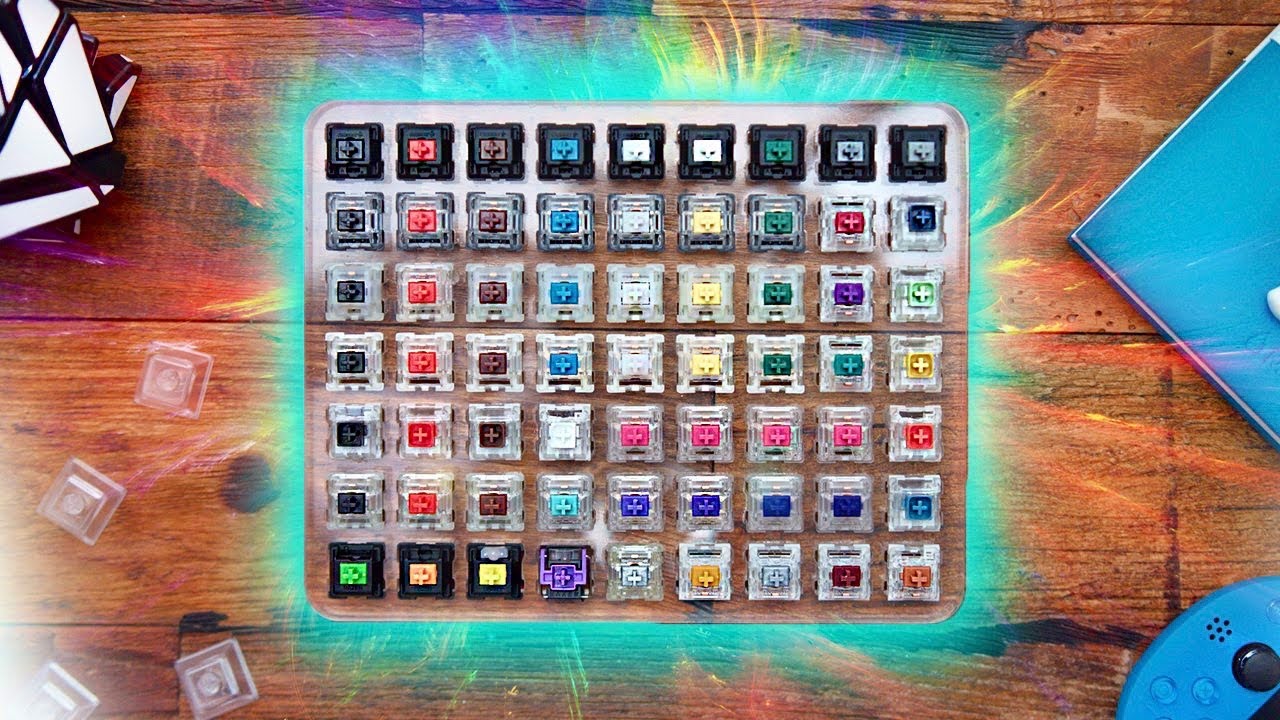 My 2016 ducky shine 6 with browns have been treating me great, but I have been debating on going to a TKL keyboard.