So the Exploring Northrend book which was announced at coming out on October 18, 2022, is now listed on Amazon with a release date of November 15, 2022.

That’s cool. Good to know it’s still coming out this year at least

I feel like there’s barely been any discussion about this one. Not that I’m expecting anything exciting in it, I’m sure all the zones will still just be status quo from 14 years ago.

Exactly. It’s not really going to contain anything earth shatteringly new. Beside you know, maybe a few fun obscure facts we didn’t have before

I am Canadian and Chapter’s Indigo doesn’t care about release dates, I’ll probably get it next week.

I am only buying it for a status update on Ulduar and any hints as to why Mimiron turned comms off. Something

Maybe we’ll learn if Dalaran has gone back to Crystalsong. I’ve suspected it ever since the Northrend Dal portals were put in the new SW/Org portal rooms, while the Broken Isles port goes to Azsuna instead.

They do also have portals to AU Draenor which is pretty firmly inaccessible canonically though so I’m not sure how seriously we’re supposed to think about that stuff.

I took that as just them being weird since if I’m remembering correctly the portal rooms where in service of making Azeroth ‘feel larger’. But only accomplished making it feel more obtuse.

Like I forget what my approximate old route to Southern EK was. But I know post update it became taking the portal from Org to Silvermoon, running past Lor’Themar, using the translocation orb to go back in time to pre BFA Tirisfal, and flying up the Zeppelin Tower to portal to Grom’Gol.

When before I think there was just a portal to Karazhan in Dalaran I used.

Idk back in Wrath the Alliance was heavily settling Northrend and even after the war with the Lich King and the Blue Dragonflight thousands remained. While the Horde only kept a skeleton crew.

We know Borean Tundra, Dragonblight and Grizzly Hills as well as Howling Fjord should have significant Dwarven/Human/Gnome settlements. Lore wise I would expect the Alliance ruling much of Northrend. Like you said its been over a decade, and these humans breed like rabbits and have had no major enemies to stop them from growing their numbers. 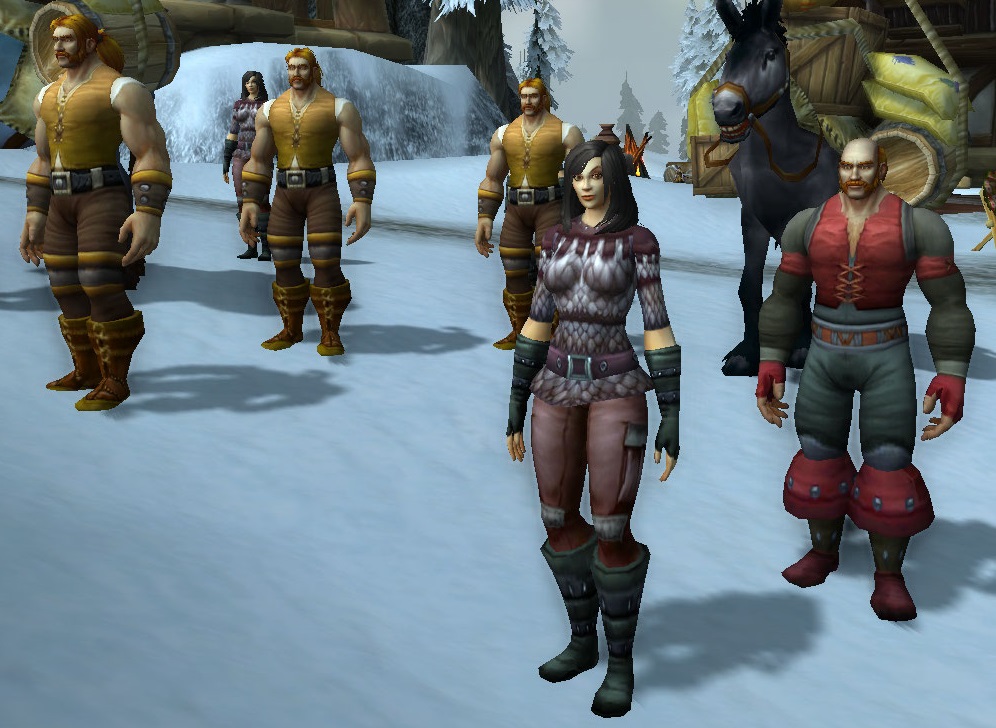 Yeah I don’t think it’s something we should read too into, it’s just a thought I’ve mused on before. I do still think it’s odd that they chose Azsuna for the Legion portal though (and for some reason Jade Forest for Pandaria instead of the Shrines).

By the way, the Org zeppelin to Gromgol would surely be faster than that convoluted path wouldn’t it?

The portals to Draenor go to WoD-time Draenor while the Maghar recruitment chain goes to 30 years after that. It’s the 30 years Draenor that’s inaccessible.

I thought AU draenor was inaccessible in general. Thats’w why we had to acquire the timeshard to travel there again

You know, there’s actually a quest in new Dalaran that tells you to go back to the old one.

The blazing wanes in the shadow of a celestial mass, striking fear in to the seers. Seek out the sage Vormu in Dalaran, and lend her your aid.

No, not this Dalaran, the other one. Yes I know, it’s terribly confusing.

Up to you how canon that is.

I thought AU draenor was inaccessible in general. Thats’w why we had to acquire the timeshard to travel there again

Lore wise AU Draenor is inaccessible, in-game there is the portal to Warspear and the Garrison Hearthstone allowing players to visit it whenever they desire.

Oh, I know that. I use my hearthstone to putz around my garrison on occasion

I was just wondering from a lore perspective

There were portals to Jade Forest in the small hub areas Pandaren had in SW and Org before the portal rooms were a thing. Blizzard probably found it easier to simply move the portal from A to B instead of creating a whole new one.

I was officially released on November 23rd but no where has it, not local book store, not amazon they are all saying the earliest date to recieve the book is December 1-3.

Did they cancel or postpone this book without telling us?

Did they cancel or postpone this book without telling us?

I’m not sure what’s going on with current orders for the book, I just know that I and others have our copy of the book.

where did you order your copy from?

I pre-ordered from Amazon.