Did they ever even explain why we don't get same faction BGs?

I mean, they tested it. There weren’t any issues. It worked great. Then they took it away.

Did they explain why?

I guess enough of us haven’t unsubbed or something?

Edit; It’s now back in the game, but I wasn’t aware of this because I don’t religiously check the forums every day. No major announcements even though it’s a pretty major change to system mechanics. There’s a huge amount of players that will not participate in BGs if the queue times are unreasonable. They should have put in more effort into announcing that this change was added once again, especially considering they’ve added it then removed it and now added it again…

I am of the opinion that they are planning on turning this on and off once a month as a carrot and have no intention of ever making it a full time feature in TBCC.

It’s in the game? Are you on crack?

I didn’t even realize it was turned back on. I wasn’t PVPing prior to them adding same faction BGs because the queues were horrendous, then when they removed it without really explaining why I stopped because of the queues. Now it appears like it’s been turned back on.

Haven’t seen any announcements about such a game changing fix though… I have no idea how they’re this consistently incompetent.

It’s in the game? Are you on crack?

Nope, no crack here. I just don’t live on the forums I guess. It’s totally my fault that the game designers are turning systems on and off without making any announcements about it right?

See this is the thing… The people still defending Blizzard defend stuff like this. I’m obviously in the wrong here, right. I’m the one on crack. It’s all MY fault… Because Blizzard took months to fix something, then reverted the fix for no reason, then I guess implemented the fix again weeks later… Without announcing anything in a way that average players would see it? Yeah… I’m totally at fault for not realizing all of this convoluted broken insane “development” by Blizzard.

It’s the same with the goggles. They’re simply not communicating with us. No idea why not.

At this point, wouldn’t be surprised if we “discover” dual spec has been snuck under the table at some point in time and there’s no announcment, nothing. It’s just suddenly there and we can use it.

There is an announcement from kaivax that he posted on Tuesday

That player asking if you’re on crack has been insulting people all morning. He’ll probably get a forum vacation soon. Don’t worry about him.

Yes, Blizzard has a huge communicaton issue. Even their TBCC release date announcement and the pre-patch time period were communicated very poorly.

Haven’t seen any announcements about such a game changing fix though… I have no idea how they’re this consistently incompetent.

It was stickied at the top of the forums for a day or two.

Again, I don’t live on the forums. I might come here to complain every once in awhile, but I don’t see a blue post in the “Burning Crusade Classic Discussion” which is kind of where it should be. But whatever.

Maybe? Turn your computer off? Uninstall the game? You’re bad?

Cope harder bud, the company you’re defending are garbage and don’t know how to communicate to their players.

The announcement should have been on the actual LAUNCHER. PVP isn’t a small game system. It’s a huge part of the game. Making these changes, turning systems on and off again, without communicating to the community those changes…

Whatever, you people will make every excuse for Blizzard and their negligence, all while millions of people walk away. You act like absolute children on the forums, acting like we should all dedicate as much of our lives as you do so that we can sort of play a 15 year old game that’s been absolutely butchered by Activision.

They’re simply not communicating with us. No idea why not.

There’s an entire thread for this stuff…

Hotfixes AUGUST 6, 2021 Burning Crusade Classic The Midsummer Fire Festival has been configured to run for 16 days, in order to give players a little extra time to complete its many quests. This means that Burning Blossoms, which expire after being held for 14 days, may disappear if they were collected in the first two days of the event and then never spent. AUGUST 4, 2021 Burning Crusade Classic Midsummer Fire Festival “A Thief’s Reward” is now available after returning the flames …

Looks like Blizzard stopped updating it almost a month ago… crickets

Did they explain why?

Four years have passed since the mortal races banded together and stood united against the might of the Burning Legion. Though Azeroth was saved, the tenuous pact between the Horde and the Alliance has all but evaporated. The drums of war thunder once again

See this is the thing… The people still defending Blizzard defend stuff like this. I’m obviously in the wrong here, right. I’m the one on crack. It’s all MY fault… Because Blizzard took months to fix something, then reverted the fix for no reason, then I guess implemented the fix again weeks later… Without announcing anything in a way that average players would see it? Yeah… I’m totally at fault for not realizing all of this convoluted broken insane “development” by Blizzard.

No, you’re not “on crack” for not knowing. It has been a bait and switch from the start.

Even the announcement is worded in a way that they can remove it later.

I don’t get it, why isn’t that post still stickied? Or why wasn’t it added to the Hotfix post. Like god damn. I was actually feeling a bit stupid for a minute thinking like oh wow, how did I miss this… When in reality, I missed it because I didn’t log into the forums for 48 whole hours…

Just makes the people defending this even more ridiculous. Like what, they’re saying that in order to play TBCC we have to check in on the forums every day, and if we miss checking in for two days in a row we might not be aware of major changes that impact some of the biggest systems in the game such as PVP?

I don’t see why it would be so hard to have some message screen pop up when you login every time with any changes that have happened and you can check it and make it go away. Or something. The communication is horrible lol 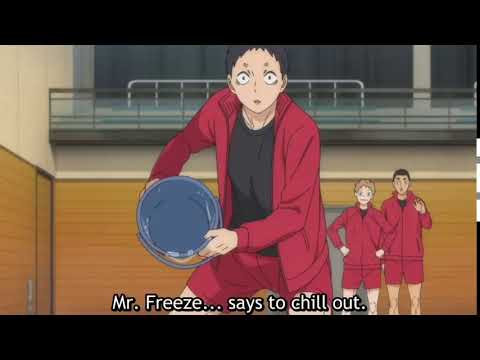 It wouldn’t be hard, other games have been doing it for many years.

I have my opinions on HvH but regardless of that I really question anyone who says that Blizzard has good communication skills.

Yes, they did put up a non-sticked blue post after the patch (I knew about HvH being back before the blue post so that’s how late they were). People were talking about HvH games a lot on here leading up to the patch and nothing was said.

No, I won’t be on a “forum vacation” sorry you’re delusional. You will though. Soon.

No, I won’t be on a “forum vacation” sorry you’re delusional.

Haven’t heard anything from you in quite awhile.