My life has been incredibly hectic lately. I don’t need to go into detail, but it’s safe to say next Thursday marks 1 month going in and out of hospitals.

Anyways, Community Council Forum invites are going out. I believe all of us that have signed up on WrA should recoup and discuss here.

I for one am incredibly demoralized and disheartened by WoW these days but this is one of my final hurrahs trying to get some real change that isn’t just some generic gameplay stuff.

Check your emails folks and check in below. 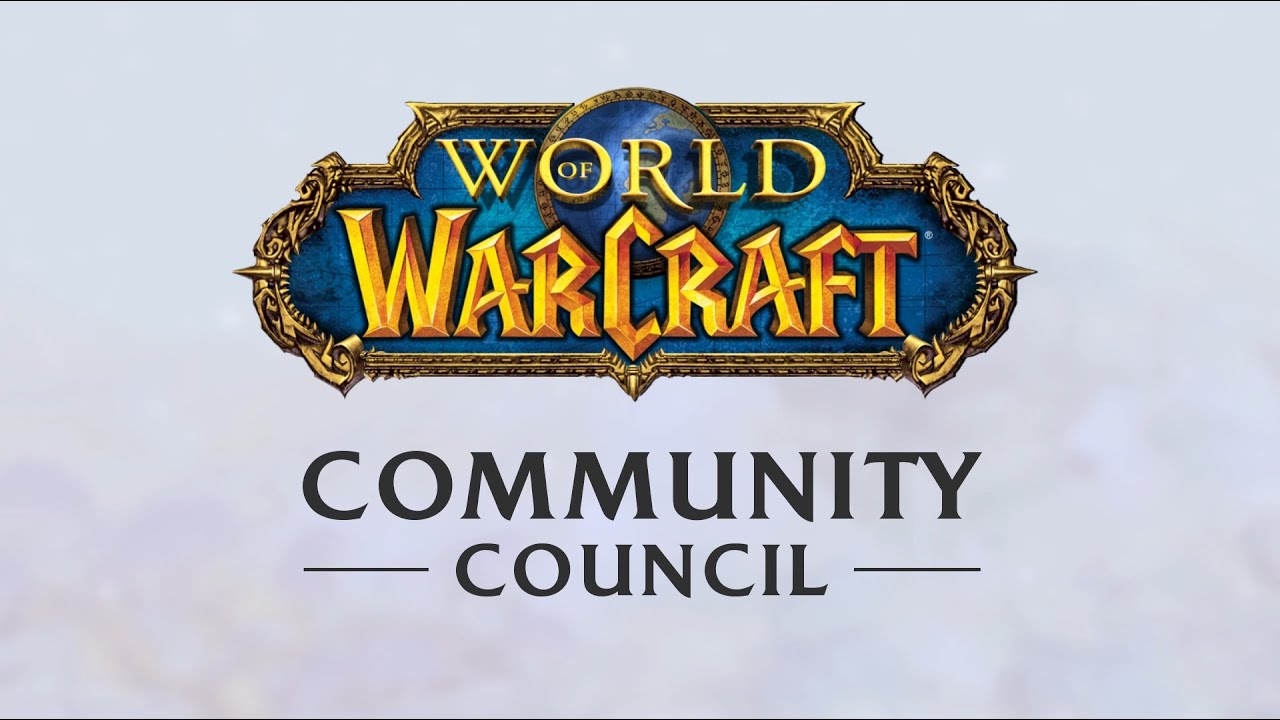 Community Council Forum Invites Going Out Over the Next Several Days

Blizzard has confirmed that the first round of Community Council feedback forum invites have begun rolling out and will continue to be sent via email over the next several days.

I have not received an invite personally, but a long-old-content friend did, which led me to believe he was lying, and then WoWhead posted that news article. So they aren’t waiting til’ 2025 to implement this. Cool.

Unsurprisingly, I did not get an invite yet.

Whoever gets chosen, I just hope it’s not a circle jerk for Blizz and actually is a council that has legit input and resolution.

Nothing on my end!

I’ve submitted mine, and I made a post of what I hope to do should I be invited on. I really want to be a part of this, but it’s hard to encapsulate my experience into so little words.

I really want to contribute to this.

So far I’ve seen a forum MVP and a streamer get an invite, so my expectations for what this council will be are low.

Sent in my invite. Haven’t gotten anything, genuinely wondering if any RPers will get in. Talk is that it’s mostly streamers getting their invites? I’m holding my breath and hoping, though.

APPLICATION, whoops. Too many tabs open at work.

Didn’t receive an invite but I admit my application was pretty weak with a few of my so-so forum posts on lore and RP advice submitted as community engagement.

I knew I had better posts in the past when I was less jaded but I think a lot of those got lost when the old forums were taken down :\

I genuinely have no expectation of RPers getting on. Feels like we’re just an afterthought. I’ll gladly eat crow if RPers do get on of course but I just don’t see it.

It would be a letdown if they’re banking on a new set of streamers getting involved and subsequently spreading good spirits through their communities. I understand why they’d do that, but it makes it feel like the common player won’t be heard.

What sucks is the community involvement. I gladly put together my M+ score and raiding achievements, and tried to show the amount of work and building and involvement I’ve put into my guild and several server events, but it doesn’t really feel like what they were looking for? Outside of writing RP guides for different races or factions, I feel like a lot of what you or I or anyone could put forward would be a bit of a stretch to get accepted under Blizzard’s criteria, which sucks.

If only they really saw why people liked the early content so much more. Or older games at all. It’s the world factor. It’s the RPG factor. The connection the world! The newness, the strangeness…WoW could be a super power once more, especially in the rp community if they really sold it at an angle of something other games might not be doing. Or are doing, but making look even better.

It’s just…so hard to show that. You have freaking a massive portion of Blizzard VAs with a successful rp game show that people obsess over and who are getting their own cartoon with comics and merchandise. There is some sort of market there among the rper world…even if that is a table top example. For goodness sake they did a BFA special.

If you put some of our past events in your application, that is, perhaps, the biggest noise/attention that you could raise in your post. I have a hunch they are looking for individuals that have the ability to communicate to large groups of people at any given moment. Moon Guard did not have a post on their forums with similar discussions as ours just a few months ago, but it isn’t out of the question that many other GMs of past and present have already put something like that in their application(s). I know I made sure to include some of the most unique interactions - like utilizing a skype group/Curse-voice group/Discord to facilitate large-scale roleplay interactions (especially crossfaction) waaaaaaaaaaaaay before discord enabled any sort of mainstream community building and outreach tools. (circa 2015, 2016). Or any other tool (add-on, forum, website community) for that fact.

They have to carefully consider the 100 “first batch” (obviously, duh). If they want to be believed as being as inclusive as possible, they are probably having to sift through applications as they come in by batches/categories. As long as our applications are detailed, then all you can do is wait.

Reminder for everyone to make sure that you note that roleplayers are misunderstood. We are not socially inept geeks with an inability to play the game, we are some of the community’s most passionate fans. When the content runs out, we look for avenues through creative writing and imagination within the world. Long after many people unsub, we’re still kicking. We are just as important as pet battlers, heroic-dungeoneers, and so forth. This will be a community effort, and if any of us are able to get in, then it’s time to band together.

I think it should be driven home especially that the people who find a reason to keep a subscription are the ones who rp because theres a lot to do when you have that. If you keep throwing pretty toys into the tiger enclosure, it will only increase the enrichment and make them stay longer.

Many people stay soley because they enjoy the events and RP. You make that look really attractive, you will not only make them happy but make others looking for a fun game that caters toward player driven story creation go "

will keep people standing around doing nothing for countless hours.

i do that everyday already.

I mentioned 2016(Never actually settled on a name for all that) as the biggest point of mention, I think that one had the most “engagement” amongst multiple guilds from start to finish, but in general talked about a lot of the largescale stuff.

I do agree with you, I think that most likely we see streamers getting the invites first as like it or not, they have the largest audiences and thus the most “priority.” There might be a roleplayer group that all gets invites at roughly the same time, split among horde, Alliance, WrA and Moonguard. 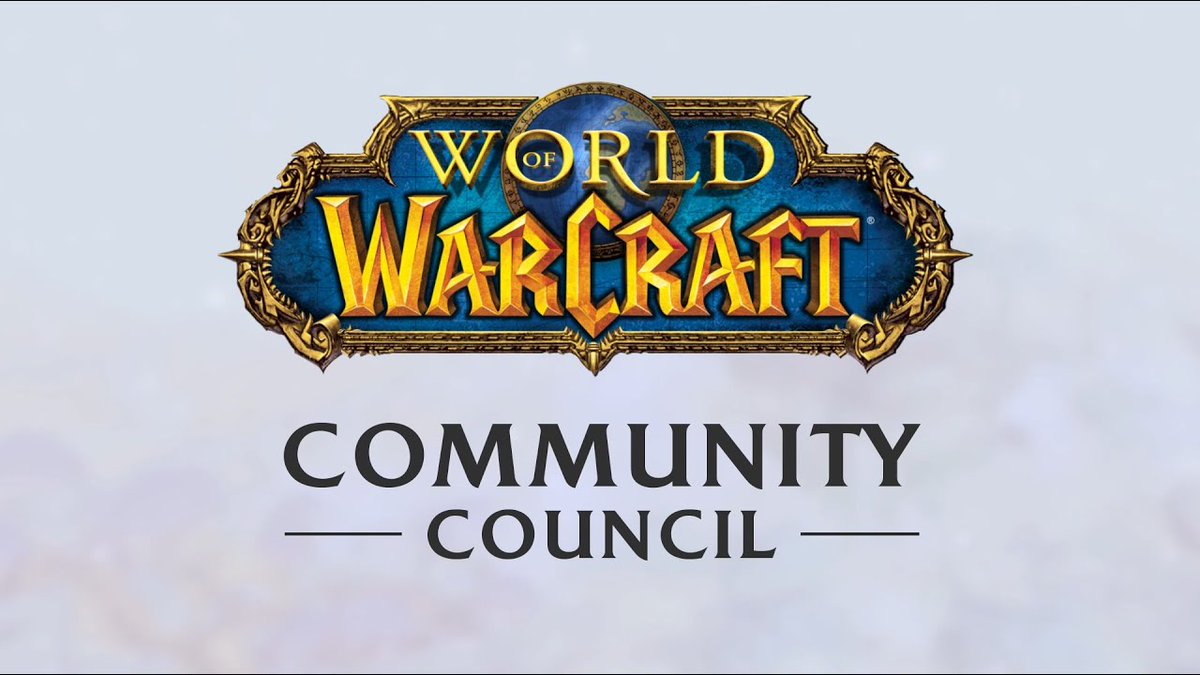 The World of Warcraft Community Council forum is now live, which serves as a direct line of feedback for handpicked members of the community. However, these forums are intended to be openly visible to all, so that the community is kept informed of...

Unfortunately, not looking good. “Next couple of days” = less than 24 hrs in Blizzard’s book?

I’m surprised they didn’t realize this after BfA. BfA turned some RPers off due to the main story but the allied race and heritage armor features were a big success… and they were very time-consuming features that kept people playing as well. There were huge booms of RP activity with each allied race, and every fresh Zandalari character hanging out in rp valley was an active sub and maybe a race change fee.

If covenant cosmetics are the attempt at mimicking that success they’re really missing the point–RPers, and players in general, don’t care about the Shadowlands the same way they care about the cultures of Azeroth. Heck yeah I’d resub to try on a set of Draenei heritage armor, but I really don’t care about cosplaying as a venthyr or any other soon-to-be-irrelevant culture of the shadowlands.

IDK why they can’t figure this out themselves, but if they had some RPers on their council who they could ask “hey what sort of lore are you interested in? wanna spend a few years learning about blue angel people??” the RPers would probably have a helpful answer to that

Customization revamp was good (for some races anyway) but again, getting some feedback from RPers, the sort of players who care most about this stuff, would have helped a lot. They did ultimately listen to some complaints (e.g. high elf skins) but it took a lot.