So I started my character a few weeks back. I was completely new to WoW and I boosted to a lvl 60 to try to get end game content. I had researched a little but I was reading that you should go with characters you think you could have fun with. So I regretfully went with a dwarf outlaw rogue. On top of that I did ardenweald for my covenant. So many mistakes made. I have completed my covenant quest. I have unlocked flying in shadowlands. I am doing previous content now to try to get some achievements done etc. But I’m frustrated that with pvp, raids, dungeons etc. I am very low with damage. I thought it was just because I was new I was doing it wrong. I researched a lot AFTER I chose my class. To be fair I thought i’d be able able to change my class later if I didn’t like it. Like you can change race or faction or server or anything else. Can I please do a one time change of my race somehow? Please? It’s passable but it’s just… not fun. I wanted to do dungeons etc too. If I can’t do a race change, can someone please tell me how to fix this mess? Going to take days to redo covenant with another one and I chose ardenweald because it was beautiful and I liked it’s story… wish it was somewhat balanced between the covenants so you can go with roleplay a little.

I’m sorry, but Class Change is not a service offered or available.

Race changes are available in the in-game shop, but that won’t change the class of your character.

Okay so how do I fix the amount of damage I do? Or did you just overlook that part? Not trying to start something but I’m very aggravated right now about this. I’ve spent money on this game, money on this character, and a lot of time so far. I’m not saying that others haven’t spent more because they clearly have but there should be a way to allow a one time class change per account for everyone or something? Please?

Okay so how do I fix the amount of damage I do?

There are guides on Wowhead and Icy-Veins that can help you with your rogue. 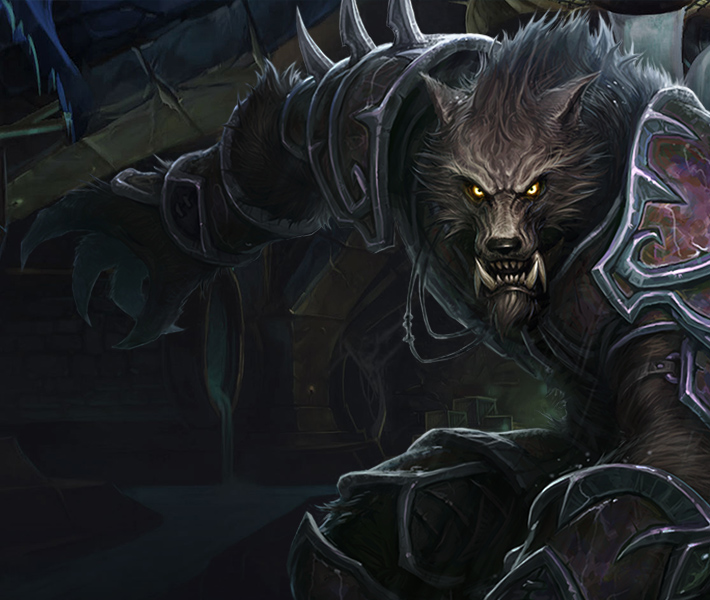 This guide contains everything you need to know to be an excellent Outlaw Rogue in WoW Shadowlands 9.2.

Comprehensive guides for all Rogues in World of Warcraft. Complete walkthroughs by experts help you master your class and improve your game.

Have you looked over Outlaw Rogue class guides for assistance in improving your gameplay?

How To Improve As Outlaw Rogue - Shadowlands 9.2

Find out how you can improve at playing Outlaw Rogue in World of Warcraft — Shadowlands 9.2 by avoiding common mistakes and paying attention to small details.

Or tried asking for help on the Rogue forums?

Discuss all aspects of Rogues here.

You also need to replace that low item level trinket as soon as you can.

Okay so how do I fix the amount of damage I do? Or did you just overlook that part?

No, I did not overlook your concerns about the damage you do but I’m also not able to tell you how to play your character

We do have Class specific forums available, which I’d recommend if you’re new to the game and looking for ways to improve your damage.

Discuss all aspects of Rogues here.

there should be a way to allow a one time class change per account for everyone or something? Please?

That’s just not a system that is built in the game. Even if we wanted to offer you the service, it’s not possible. If you’d like to see this service offered in the future then there are a few ways you can make a suggestion to the game team:

World of Warcraft Suggestions and Feedback

How to submit feedback for World of Warcraft

But Customer Support cannot provide you with something that doesn’t currently exist, I’m sorry.

Okay so how do I fix the amount of damage I do? Or did you just overlook that part?

Rogues are a fun class to play but not every spec does the same amount of damage.

You can’t change your class from a Rogue to something else, but you don’t have to be Outlaw. You can switch to Assassination or Subtlety. The same websites with guides for Outlaw also have guides for the other Rogue specs. You might find one of those to be better than Outlaw.

Also, Outlaw Rogues are getting a small buff to AOE damage (Blade Flurry) today during maint.

We’ll be making the following changes to increase the performance of select specializations in next week’s realm maintenance. As always, these are subject to further change before they go live, and we’ll have the final adjustments in our hotfixes update next week. Additionally, we’re not planning on nerfing any over-performing specializations with this week’s pass, as we want to gather more data and provide more advance notice. Classes Death Knight Unholy All damage increased by 5%. D…

TBH if brand new, a solid plan is to play the toon to learn rotations. Jumping into end game gonna be rough.

I mean I’ve got my rotation with pve down pretty well. I always keep two poisons going. I’ve gotten my talents tuned well according to a site I’ve researched. I’ve got my keys to where I can hit 1-8 in a good sequence for bosses and usually win and then I just hit two buttons repeatedly while waiting for other buttons cool down. When needed I bring in my other line of stuff. I can do shadowlands no issue, it was a bunch of reading up on stuff or tasks but I’ve mostly got it down now. Now I want to get pvp down

2 notes on this - PvE is a lot easier to manage, as the fights generally follow a pattern. PvP has a real person on the other end, and the skill gap is magnified.

Do some more questing, upgrade your lowest gear slots, get your legendary and 2nd legendary. Learn the dungeons and the raids, and really know what your skills are and how they work together and what you do when the healers die or the tank dies. Learn when to use your cooldowns and when to hold them for a burn phase.

All of those things will let you progress better. Check IcyVeins and Wowhead for class notes. Please note - from IcyVeins - (https://www.icy-veins.com/wow/outlaw-rogue-best-covenants-soulbinds-and-conduits)
“As all the Covenant choices for Outlaw Rogue have been fairly close to each other in raw performance, you can now experiment with other Covenants to see if their playstyle and class ability suits you more than your previous choice, and you can always go back if you prefer the old playstyle.”

In general, get comfortable with the class - and if you can’t, or find yourself missing something from the playstyle, consider making an alt. You can have 50 characters per account, so don’t worry if your first character isn’t your last character.

I would suggest just swapping specs to sub. Its S tier in raid and m+ and all 3 specs are viable in PvP. So you dont need to swap to a different class, just try different specs depending on the situation.

I’ll try it out, I’m just used to Outlaw at this point, I’ll need to reconfigure for Sub but I’ll figure it out

Well, at a glance, you have no legendaries.

In SL each class/spec is literally built around leggos and their effective use. So yeah, compared to toher people in raid and even pvp, your not going to do alot of damage

your also at very entry level gear. Run around ZM, you can gear up to 250 doing the zone content in there. And run lfr, make sure your trying for your tier pieces.

Also, you have two empty gem sockets, and no enchants. As mentioned before, try to replace the low level trinket asap, maybe both trinkets. The darkmoon deck trinket bonus isn’t going to help your dps at all.

I think 233 is below-average gear right now. In PvP, it definitely is. The basic honor gear for PvP is 239 (203 outside of PvP), so you’re going to be mediocre there, and you have no legendaries.

I am very low with damage. I thought it was just because I was new I was doing it wrong. I researched a lot AFTER I chose my class.

The first thing you need to do is review your spellbook so you understand how your class abilities work with each other, and understand the basic rotation for damage output. Now, if you’re a brand new player, I’ll tell it to you straight: Rogue was probably the least fortunate choice for a beginner class. It uniquely has two rotation components to it because it has stealth abilities as well as regular, AND you have to maintain two resources whilst upkeeping several buffs on your targets to maximize your damage. Rogue is a class that is actually better learned through leveling and slowly receiving your abilities over time so you can gain a sufficient understanding of it.

If you want an easier class to play that guarantees more damage output with less effort, I believe Warrior would be an excellent choice for you. You have far less buttons in your rotation, do tremendous amounts of damage with less abilities, and wear plate with the best armor both for protection and cosmetics.

Or, if you want a completely autopiloted class, you can roll Havoc Demon Hunter which is basically a one-button rotation, and it starts at a higher level because it’s a hero class.

To expand on gear, given how Shadowlands’ gearing system works, if you want to participate in both PvE and PvP, then the better way to do that would be to do dungeons for quicker PvE gear and buy PvP trinkets for the versatility boost. Otherwise, you’re going to take forever to gear if you routinely alternate between the two. If you focus on getting PvP gear, then you can’t take that into raids or dungeons because the item level boost for PvP gear obviously won’t work, rendering it garbage in high tier content.

If I can’t do a race change, can someone please tell me how to fix this mess? Going to take days to redo covenant with another one and I chose ardenweald because it was beautiful and I liked it’s story… wish it was somewhat balanced between the covenants so you can go with roleplay a little.

As grueling as it sounds, you’re better off just making new characters. Max out the story progress on your main so you can make other characters to try out and skip through a lot of the end game content.