Can someone please remove the 30 instance-per-day limit?

I’m trying to boost my character but this limit is screwing up my ability to gain XP the only way I enjoy gaining it. As this seems to have had nearly zero effect on the botting problem please remove it. 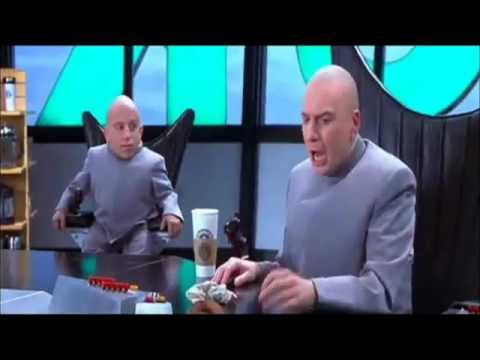 Can people saying limiting 30+ instances have no effect on botting please post a source?..Thanks

Lol it’s having an effect on this guy trying to skip the entire game on his alt so I’d say it’s working as intended.

Time to learn to be a big boy. You might have to go do some quests in between carries.

I can provide evidence saying it does considering gold prices skyrocketed after the change.

A lot of the bots seem to be out of service now and the multiboxers are scrambling to find that new farm spot so they can maximize their 30 resets a day.

There’s no real onus to provide a source that something does not exist. Blizzard doesn’t share precisely how their bot tracking works, so it is possible that the 30 instance limit does help with it.

There is even some evidence that it does.

As part of our ongoing efforts to eliminate exploitative and automated gameplay, with scheduled weekly maintenance in each region, we’re implementing the following change to our settings on all WoW Classic realms:

This is the extent of the evidence that supports it though, and it isn’t clear that that’s even what is being claimed by Kaivax in this blue post.

So, one possible interpretation of this is that running more than 30 instances in a 24 hour period to farm MCPs is exploitative (though, I personally think that interpretation is ridiculous).

I wouldn’t suggest it to be an exploit per se but it is taking advantage of a system that’s for sure not intended. And by that I mean they obviously didn’t think this item would be the best for raiding and that people would farm it.

they obviously didn’t think this item would be the best for raiding and that people would farm it.

That isn’t obvious. It may be the case, but it may not.

Any change that happens will have negative affects on some people. There are that many people playing that that’s almost a guarantee. In this case, several negative impact scenarios are well known.

I’m trying to boost my character but this limit is screwing up my ability to gain XP the only way I enjoy gaining it.

I am failing to experience the emotion known as sympathy in response to this.

I am failing to experience the emotion known as sympathy

Apparently due to envy.

Apparently due to envy.

You tell us. Why are you proclaiming a lack of sympathy on a public forum?

I am unsympathetic to boosters not being able to boost.

I wasn’t bothered by them before the change. I am unsympathetic after the change. Lack of sympathy likely stems from being mostly unaffected by it.

I got my Hunter from 20ish-60 by mostly soloing dungeons (this is a fun thing to do) and occasionally questing in between when it became easy. I can guarantee under the 30 instance lockout system, you could still do it; however, if you’re clearing dungeons really really fast instead of just grinding mobs inside them, lockouts would start to become an issue.

My suggestion is actually, right now anyway unless it’s changed, is to just level horde/alliance alts on another server…that’d at least count for half of the lockout timer on your other faction main and give you a fresh gameplay experience. Sucks, hope didn’t come off as rude but really that’s the play here if you want use dungeons exclusively for leveling.

I don’t agree with the lockout changes, but I also think that trying to adapt to the changes regardless of how long they’re implemented is still the right thing to do. Personally I play very casually but even then I can see flaws with the system such as trying to obtain pre-bis from BRD, or MCP, and whilst it may not affect many people, it is still something that is legitimate in my eyes and needs addressing.

Right now I’m dualboxing 2 horde characters on EU, and 2 alliance characters on EU and haven’t ran into a lot of issues. I consider myself lucky that I have the option to just use 2 accounts, but I too like to use dungeons for leveling. There are spots outside of dungeons that have elite mobs too however.

Pyrewood Village is a good low level spot, and the entrance to Deadmines has a ton of elite mobs too. Yes, it’s harder to pull world mobs into a big group but it’s not impossible. And yes it’s not a good solution. But trying to find areas where you can mass pull in the world would be another good step, especially if you can boost through dungeons there should be spots in the world you can use. YES, these spots would also see competition; abuse layering if your server has it if you can.

Anyway I’d just like to see what blizzard has to say at this point, lol

Lack of sympathy likely stems from being mostly unaffected by it.

So, are you just here to let us know that you don’t care about anyone or anything in any situation that doesn’t affect you, or am I just missing the point of your post?

Apparently it’s similar to the point of your post. Responding for the sake of responding.

But then, that does seem to be your modus operandi.