Boosting services are now against EULA?!?!

Are you kidding me? I play on 3 realms, the boost spam is word for word identical. These are the same people selling gold. Wonderful change

It would be nice to have ‘high hopes’ that this change has a noticeable, positive impact on TBCC. But, like, this is Trans-Blizzard, yo.

Maybe people will go back to playing the game the way Blizzard intended now.

Doubtful. They will just double down now and have much tighter circles on who they boost.

sure it will, it will remove a massive source of that gold

So … gold price goes up a small amount. Noted

I think you under estimate it

“This policy update does not restrict individuals or guilds from using the provided in-game tools (“trade channel” chat) to buy or sell in-game items or activities for in-game currency. However, “boosting communities”, especially those who operate across multiple realms, are no longer permitted.”

it’s not going to affect TBCC at all. if anything, these mentioned organizations (you know, the ones that sell mythic raid carries then RMT the gold) might look to increase their botting operations in TBCC if they can’t circumvent this policy change on retail.

Algorithm will detect gold trade in instance and ban hammer will drop.

It seems like its targeting “organized communities” probably gold sellers and such. The post still says individuals can use trade chat to advertise their individual services. An individual character can’t boost across multiple servers.

I really think this is what they’re going for, they’re trying to go after gold sellers.

The biggest problem is that many people no longer trust that they won’t be unfairly targeted. That’s based on history.

If I was doing anything on the edge I’d probably hold off for now to see what actually happens, but that’s just me and I’m not.

IMO if those companies that sell mage boosts on every single server with the exact same wording and then obviously sell the gold get banned that’s not a bad thing, that’s just my opinion though. I also think most of this applies more to Retail.

The biggest problem is that many people no longer trust that they won’t be unfairly targeted. That’s based on history.

Well thats just it … EULA is so vague at times that if you are doing anything even remotely close to “creative use of in game mechanics” people get mad and say you deserve to be banned. And bliz may or may not ban you randomly and never give you feed back on what exactly it was for. At the same time you see loads of bots openly breaking the rules … and they dont seem to have any action taken against them for MONTHS at a time.

So if you dont get banned … was it simply missed? And if you do … what action in the last 3-6mo caused it?

Where do you think the vast majority of the gold for boosting originally comes from? Hint: it’s not from mote farming.

Stuff that directly ruins the integrity of the game. Boosting slave pens is like on a whole different level. If they didn’t like it they can break it like they did in SoM.

Can people not read ? They are banning boosting COMMUNITIES. You can still buy a boost. But have giant boosting communities is no longer allowed.

Pretty funny this comes about after Bellular did a big exposé on it.

Bellular did a big exposé on it

Ya I dont know what people are getting upset about. The boosting communities are a major plague to the game - at least in retail - and this is one of the best stances Blizzard has taken in a very long time. 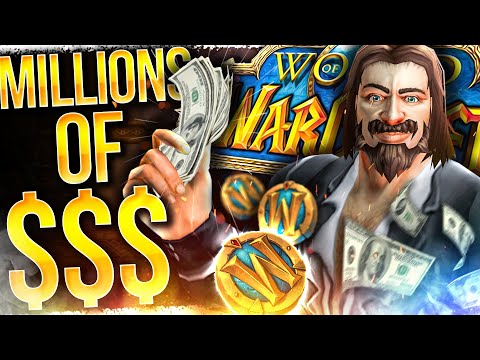 ef assmongoloid and his opinions

Ye, looks like Blizz was content to leave it be until it came out how they directly profit from it.