I’m not crazy that it’s possibly going to work like two-forms does.

If they’re out of combat only forms, there’s little value in investing so much into these options that you can essentially only use to stand around town with.

If they ported some to the parent races they’re based on though, that would be better at least.

The wording makes it sound like a repeat of Worgen.

Also, part of people wanting a Dragon Race was so they could pick their Humanoid form. This is the opposite of that.

I’m leaning towards no

we would have heard or found something by now

a lot of people complaining about the fact dracthyr can only be envokers tho. but it kind of makes sense imo. they dont need the light or to specialize in weapons. i dont really see them wanting to learn how to rogue/warlock/paladin

While nothing about customization for other races was mentioned in the announcement. It’s still early days, and I’ll be hopeful that more customization will be present in the alpha/beta for races other than the Dracthyr.

In particular I think now it is especially important to keep visibility high for Blood Elf and San’layn/Darkfallen requests. Keep them front and center so Blizzard can’t not see them and gets the hint that this is something desired and, in many cases, also easy to implement. Alpha is not out yet, making this the prime time to remind Blizzard what players want.

Shame talking to them usually feels like this conversation: 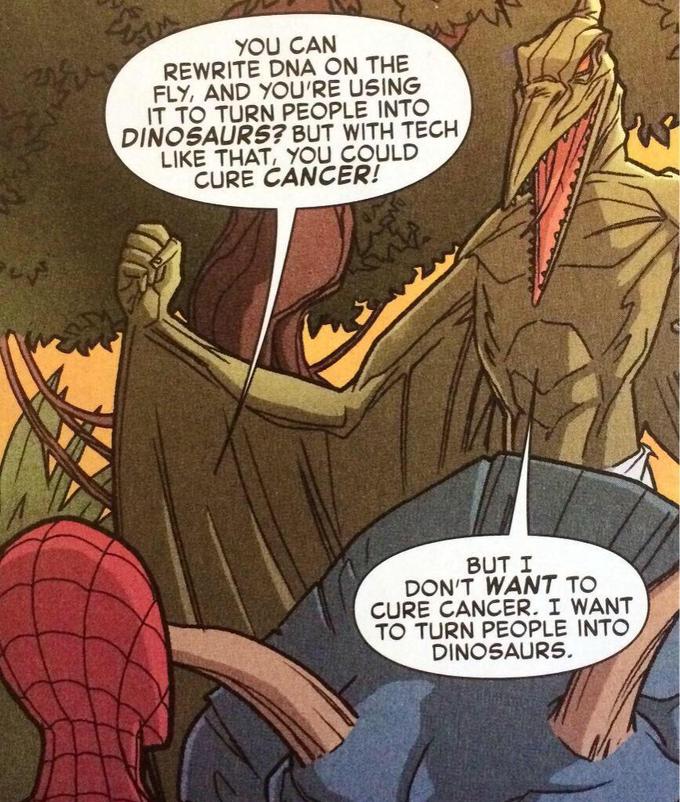 I look at it like this. Dragonflight needs to knock it out of the park. There’s no room for anything other than a smashing success and high player approval/retention from this expansion. The pressure is on Blizzard to make that happen. Presenting easy/quick to implement opportunities for Blizzard to generate fan approval and encourage player retention with this upcoming expansion, may well be given more than a passing glance, especially if the feedback is provided early and consistently.

It may all amount to nothing, but it doesn’t hurt to try… and keep trying until we get what we want. They can say no many times over, but they only have to say yes once…

They can say no many times over, but they only have to say yes once…

They said yes to new dances, once.

I’m glad evoker is healer and ranged but I feel like if they put more work into not making the spells need the dragon form or what ever it coulda opened up for more races.

Blood Elves and Night Elves have always had a history w dragons, goblins and gnomes seem fair orcs and humans idk who else but I’m def happy it’s a heal and ranged class but not happy BEs can’t be the class don’t elves normally get along w dragons

LOL. Well by “yes” I mean actually implementing it.

In the case of Blood Elf customization, there’s lots of easy ways to add to it that will make players happy yet don’t require much in the way of time and resources to implement (e.g. existing San’layn/Dark Ranger NPC assets being made available to players). By constantly and consistently pointing that out, the Blizzard devs may well be moved to finally stop being blind to the low hanging fruit dangling right before their eyes.

I would not mind seeing the class open to other races eventually. It definitely seems interesting. I’m only sad that no mention was made of new specs added to existing classes. Particularly Hunters, Rogues, Mages and Warlocks, the only classes with only the DPS role available to them. If nothing else I’d like to see those four classes get a non-DPS spec so those of us who play them at least have the option to fill a non-DPS role.

Totally forgot about HMT and that one NPC yes! And didn’t one dragon take on a LFD form? So them too!

Dragons shouldn’t be limited to forms at all. They can take any form they please.

Yea, I’m sick of the new classes always being melee. Having the new class be ranged/heals is a big plus to me. While it would have been cool if Blizz could have come up with something new, it also doesn’t hurt (at least as far as I’m concerned) that Dracthyr males use a derivative Thalassian male form as a base like Wrathion, so we’ll have a bit of eye candy to enjoy. >_>

And there was no player housing.

This game feels like it’s the last big mmo w no player housing. Even SWTOR that has its budget reduced greatly by EA for [reasons?] has decent player housing

Yea I kinda hoped that player housing would be something we’d see finally. I mean, it’s not like there aren’t already a ton of assets that already exist and could be repurposed for player housing use. At the same time I get that there’s no system set up for players to manipulate those assets and that it might take a lot of work to make happen.

I want it, I was kinda hoping for it with 10.0, but… if Blizzard can pull off a WoW that’s fun for me to play (even if I choose not to do rated pvp, mythic+, or raid beyond LFR), and if they can manage to squeeze in additional customization for more races than just the Dracthyr (unisex jewelry, and the npc San’layn/Dark Ranger options made usable by Blood Elf players at a bare minimum), I can overlook the lack of housing… this time.

But it really depends on how everything else pans out. If crafting ends up being useless after the first 5 minutes at max level, if they don’t make rep account wide in some manner, if the talent revamp ends up making me perform like poop if I choose the talents I like, and ultimately if there isn’t enough to do, that I want to do, that feels worth doing, but doesn’t feel obligatory or soul crushingly grindy/tedious, then I won’t have much reason to keep playing in Dragonflight.

I would not mind seeing the class open to other races eventually.

It accurest to me that if this was a Hero Class, every race would have gotten the option for Dragon Horns/Scales if they played it.

So now I feel like every race lost some potential customizations…

On a brighter note, I’m glad the Reliquary are the Horde side of the Xpac, putting Blood Elves as the center of their faction on the Dragon Isles. I like them.

I like the idea of being back on Azeroth. Blood Elves as the actual long standing playable High Elf race with the lore, kingdom, and restored sunwell, I feel like are kind of nice to see in some capacity in the Dragon Isles, in the same sense I would imagine even though its not Night Elf themed so much Night Elf fans may like the idea of taking their Night Elf characters into that setting.

I feel like if SWTOR can do housing decently then WoW should be able to.

I genuinely enjoyed housing in SWTOR. Entirely optional and yet very entertaining, with good RP opportunities.

…and on the RP opportunities note, I’m curious to know how the 'mog will work with the Dracthyr. Because I am completely not too proud to put my gal in orange and grey and pretend she’s from Alterac to get my human model on Redside.