BFA concept was what we wanted

Horde and Alliance battling it out amongst one another for domination in Azeroth while recruiting allied races to join their cause.

Imo this concept was as close as we got in retail to the initial concept in Vanilla where it was Horde vs Alliance. Even the cinematic hit the nail on the head in this regard and the reaction from the fans was one of the best it’s ever been. Most viewed cinematic of the WoW expansions on YouTube and it’s only been 2.5 years.

Unfortunately the premise of Horde vs Alliance didn’t last long & before you know it we went from fighting against one another to banding together against a common enemy: Azshara and N’zoth.

they do so good job on bofa i like it is good i want more war of factin , i love horde horde will win it good job

The one where sylvanas yells “FOR THE HORDE”

Her least character-like moment in an expansion filled with them

The problem is that the writers aren’t brave enough to definitively have one of the playable factions lose the war outright. That’s why Horde has been the bad guys twice now, only for the Horde to fight the Horde with the help of the Alliance so that both factions technically “win.”

The concept of the faction war isn’t an inherently uninteresting idea. Warcraft 1, 2, and 3 all dealt with this and still managed to be interesting games.

Horde and Alliance battling it out amongst one another for domination in Azeroth while recruiting allied races to join their cause.

Imo this concept was as close as we got in retail to the initial concept in Vanilla where it was Horde vs Alliance. Even the cinematic hit the nail on the head in this regard and the reaction from the fans was one of the best it’s ever been. Most viewed cinematic of the WoW expansions on YouTube and it’s only been 2.5 years.

Unfortunately the premise of Horde vs Alliance didn’t last long & before you know it we went from fighting against one another to banding together against a common enemy: Azshara and N’zoth.

What more could we get out of the boring faction war that hasn’t been done already? No side is ever going to win, it’s just a never-ending circle****.

“What’s different this time?”
“Not a damn thing.” 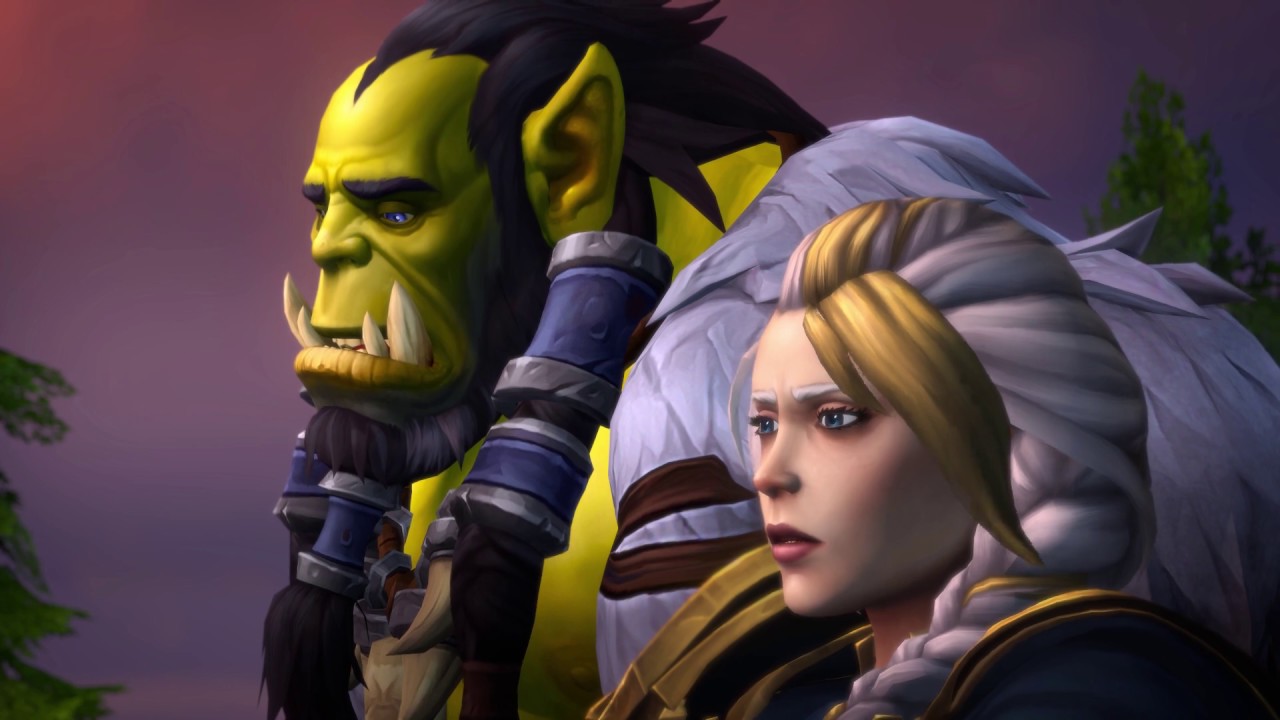 the initial concept in Vanilla where it was Horde vs Alliance

Really? I remember faction not mattering much when I went up against Motlen Core, and Blackwing Lair.

I was even friends with trolls! AS A NIGHT ELF!

Celebrate, I love you!

I wish BfA would have had paid more attention to the Battle for Azeroth. The war campaign could have more to it. We could have actually had some WQ or bonus quests, whatever you want to call it in non instance parts of Kal and EK.

I would have loved to see a revamp again and let there be a true Battle for Azeorth. Not one that only took place on the two new land mass for the most part.

Warcraft 1 and 2 sure, 3 started the shift away from the open war style of conflict, as well as having the Horde be the bad guys.

Sure, Warcraft 3 juggled a lot of balls in that regard. But all three of the orc campaigns were primarily concerned with Human-Orc tensions, and they weren’t uninteresting for doing so.

I too really liked the concept and theme of BFA, and I can kinda get what you mean by having that ‘vanilla’ feel of Horde vs Alliance. I really liked the intro cinematic as well. Very well done by the devs! It really made me want to fight with honor for the Alliance

I also really liked the introduction of warmode. No more having to pay for server transfers if I’m in the mood, or not in the mood for world pvp. If I want peace, I can have it. If I want to explore while taking risks of being ganked, I can have it. Plus bonus rewards for taking risks of being ganked! Great idea by the devs IMO

However what disappointed me was lack of pvp vendors in an expansion that seemed very pvp themed to me. Sure there were random pvp drops and there was a chance they were socketed, but you had to be a high rating 2100 or higher to actually get any half-way decent pvp gear. Otherwise you were forced to pve for all your gear in order to do pvp content which makes very little sense; especially when in previous expansions there was always pve gear for pve with pve vendors, and pvp gear for pvp with pvp vendors and that gear was also good for that specific content. I’m glad to see they listened to community feedback and brought back pvp vendors, but it took a very long time before they finally did. On top of that I thought there was going to be a world pvp dedicated zone similar to Ashran, and while they did eventually introduce Battle for Nazjatar, and it was kind of fun, it really lacked any decent rewards for the pvp community to make use of.

Despite the expansion’s flaws dedicating myself to pvp in BFA was a good time for me, and I learned a lot about WoW pvp in general at this time so it was a good experience. I think if they had pvp vendors in BFA like they did in previous expansions, BFA would have been more popular and well received by the community, and we would have seen more content patches before Shadowlands was to be released

Funny thing, I never got the Horde v Alliance feel in Vanilla. Sure I preferred the EQ style faction where you could be KoS by other cities and I just figured factions were something along those lines. I never saw it as a DAoC faction type system. Also I barely PvP’d in Vanilla.

I HATED the Faction stuff in BFA. I hope everyone else hated it as much as I did so it NEVER happens again.

The funniest thing I ever saw was Sylvanas yelling “for the Horde” in any even semi serious nature. It was so out of character for her I broke out laughing, thinking I was getting punked.

WoW is best when Jaina and Thrall are friends like they always have been. Anduin and Baine are just the same thing.

Story was beyond horrible. A one liner and a burning of darnassus was proof at how bad it was. It was not horde vs alliance it was let’s recruit a boy king to hold hands with horde. More like hugs for Azeroth instead of battle for Azeroth

Meh, that faction war bit was literally unfelt in BFA.
I do wish they’d go back to Azeroth or start to utilize more of the world and not just ‘‘Here are the new few zones, stay here for several months’’.

BFA had a great opportunity of bring it back to the WoW roots and failed.

Because they were focused on the orcs (1) breaking out of alliance internment and (2) setting up in a new land. That’s been accomplished now, so going back to those tensions make no sense. Proudmoore lost, Orgrimmar is established.

The reason I prefer the big unified threats is because they can actually change the world in meaningful ways. We beat Deathwing, only to find out that the Old God pulling his strings is still hiding on Azeroth somewhere. We beat the Legion, but now there’s a big sword in the planet. We’ll beat the Jailer, but there will be something else to face after him. The faction war doesn’t have any similar kind of resolution, it’s just “turn a warchief cartoonishly evil and then depose them.”

People at Blizzcon went crazy with cheers when Sylvanas screamed For the Horde.

Yeah, exactly. HUGE mismatch between theme and content. The overarching story of “Horde vs. Alliance war” but we don’t actually get to attack Alliance territory or plan any strategy or control any armies or raid Alliance targets. Instead, we’re helping the Vulpera fight the Sethrak on the other side of the world.

This is an MMO, war could be one of the most huge, in-depth and fun things we can do. Just look at stuff like EVE Online or the old Warhammer game, PvP can be a huge source of player engagement. Instead, it was just chapter 407 in the Warcraft Main Character Soap Opera.

I can agree to an extent. I think people are generally just wanting an Azeroth expansion again. Something smaller scale, it doesn’t necessarily have to be a war. But the story they went with wasn’t compelling and didn’t stay small

I would’ve had more intrigue regarding Zandalar personally. They “accept” the Horde, but make the place seem super sketchy. They aren’t unfriendly to the Horde, but have some more interesting story with Talanji and the Trolls. Zandalar came off as troll-Wakanda, which had a lot of personality, but I feel like they had the room to keep the expansion within the realms of these zones instead of N’Zoth and Azshara.