Just wanted to provide an update on the issues that many players are experiencing with Battle for Undercity currently and talk a bit about the short term and longer terms steps we are hoping to take to resolve the current issues.

The History of the Battle for Undercity
We knew going into Wrath Classic that this event was fragile, and indeed, the Battle for Undercity breaking was a very common problem in 2008 at original Wrath launch. This event continued to be problematic for the entire history of Wrath of the Lich King until it was removed from the game in patch 4.0.3. We knew we wanted to try to preserve this experience as close as possible to its original state, and we did a significant amount of work pre-launch to resolve some of the common issues it had during its original run, and “harden” the experience against breaks.

We got a lot of test data from Beta, we found a lot of bugs and fixed them, and were hopeful that the experience would be improved for Wrath of the Lich King Classic’s launch. Unfortunately, that is not the case. Due to the sheer number of players attempting to complete this content, and some unforseen interactions with layers, this event is still very error-prone.

The Issue
There are several issues at play here, but broadly speaking the issues tend to manifest in a way that causes the event to get stuck in a state where it cannot progress further, which blocks progression on the quest for any players currently participating, and any others that join that same phase on that same layer afterwards. This does not occur every time the event starts, but there are enough players attempting the event now that there’s a high likelihood that the event becomes stuck on a given layer after enough time has passed and completions have occurred. These issues are especially problematic for horde players as accepting this quest step actually places you into a phase that you cannot leave that impacts vendors and trainers in Undercity and Orgrimmar.

Near Term and Long Term Solutions
We are diligently working on additional fixes, but due to the nature of the issues and the extreme complexity of the event, these under-the-hood adjustments are likely to be extensive and are unlikely to arrive within the next few days. As a stopgap we will be adding a method to essentially “skip” the event, and hope to have this workaround in place within the next 24 hours. Once we’ve had a chance to fully resolve these issues in the longer term, we want to try and add a way for players that had to bypass this event to go back and experience this story content.

For now, we’d advise players avoid this event and “The Battle for the Undercity” quest until we get our temporary skip in place. We are heartbroken to ask players to bypass this iconic content, and we are going to make all haste to try and implement a more full-featured solution to allow players encountering this quest for the first time to more reliably play through this, and give players who were forced to skip it a way to got back and experience the content, but we simply don’t have an ETA for when that full fix may arrive.

We’ll be posting additional updates as the situation develops. Thank you so much for your patience with this, and please accept the WoW Classic Dev team’s sincere apologies to those that have been impacted by these issues.

Just wanted to follow up on this with an update. As of 4:48 p.m. PDT we’ve deployed a hotfix that will add a member of the Bronze Dragonflight “Zidormi” to Tirisfal Glades near the entrance of the Ruins of Loardaeron (for Horde players) or the entrance to the Undercity Sewers (for the Alliance players) that will allow you to manually enable or disable the quest phase that you are placed in for the “The Battle for the Undercity” quest and event.

Horde – Near the entrance to the Ruins of Lordaeron: 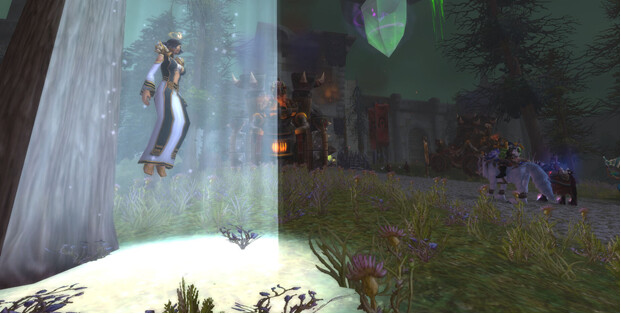 Alliance – Near the entrance to Undercity Sewers: 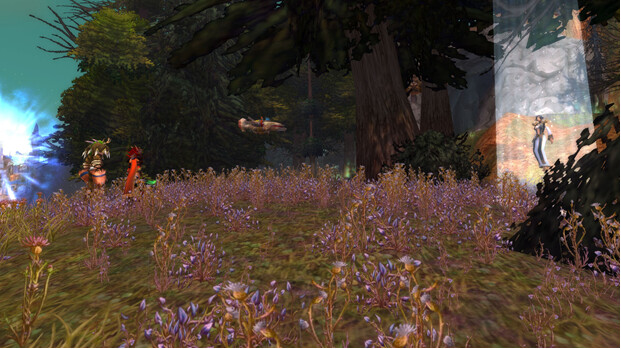 Additionally, when this hotfix was pushed, it will have reset the phase state for all players that are currently on The Battle for the Undercity quest phase. What this means is if you had completed either “Darkness Stirs” (horde) or “Return to Angrathar” (Alliance) or were on any of the ensuing quests up to and including the “The Battle for the Undercity”, you will be restored to the default phase to see the Undercity, Orgrimmar, and the Throne rooms of both Orgrimmar and Stormwind as if you had never started either of those quest chains.

Horde:
• Darkness Stirs
• Herald of War
• A Life without Regret
• The Battle for the Undercity

Alliance:
• Return to Angrathar
• Reborn from the Ashes
• Fate, Up Against Your Will
• A Royal Coup
• Killing Time
• The Battle for the Undercity

Again, if you were actively in-progress for any of these quests, you may need to travel to the Tirisfal Glades and speak with Zidormi to return to the correct phase and resume progress on them either now or at a later time when we are able to implement a full fix for the issues that cause the battle to become stuck. Abandoning and re-accepting these quests will not put you back into the correct phase to see the battle-related events.

This should heal situations where players were “stuck” in the Battle for the Undercity phase and could not interact with vendors or trainers in Orgrimmar or Undercity. The goal with this hotfix was to get players stuck in this phase out of it and skip past this event. We will be doing additional work over the coming days and weeks to further harden the Battle for the Undercity event to make it able to be more consistently completed so that players can get the powerful rewards from this quest more reliably.

We again offer our sincere apologies for these issues, and hope to continue working towards a more complete solution to these issues.

Just wanted to provide one final update for this and say that we think we’ve resolved many of the issues with the Battle for the Undercity and the event should function mostly as expected. As was the case in 2008, it’s still possible for the event to become stuck on occasion, but the most pervasive issues are now resolved.

It should be noted that if you were in-progress on this quest chain on any quest after “Darkness Stirs” (H) and “Return to Angrathar” (A) prior to Monday Sep 3rd, its possible you may not be in the correct phase to see some RP events or quest objects related to this quest chain that occur in Orgrimmar or Stormwind. The workaround for this is to simply travel to Tirisfal Glades and speak with Zidormi to re-enter the Battle for the Undercity phase. We apologize for that inconvenience but last week’s hotfix that forced everyone out of the Battle for the Undercity phase was needed to help players who were stuck because the Battle event itself was roadblocked.

Any characters who are just starting this chain now should be able to progress through it without issue.

We again would like to offer our sincere thanks for your patience while we worked to resolve these issues.