Allied Race "Leak": Could it be Sethrak?

Now this is a bit of stretch armstrong here, I grant you. But the idea that the leak (which may by all accounts be fake and technically a repost) has me thinking about the wording regarding the pre-order AR bonus. Dracs are going to be like Pandaren, as in a singular race for both factions. Why not a similar statured, reptilian neutral Allied Race?

Probably all hogwash, but BFA gave Sethrak the potential to lean either way regarding faction of choice. The twisted, warmongering brethren may have created tension with the Vulpera, but the Horde has good relations with their prime leaders that were further supplemented by the aid of the Zandalari.

The Alliance did try to stir further tension, but they also did help the Sethrak as well. But who they would side with is irrelevant if they decided to stay neutral. Especially with the direction of the game being focused on creating a world outside of the faction war in Warcraft.

And if there was a singular AR option that also is fairly body neutral, it wouldn’t be a bad choice.

Like or hate it, it’s just an idea with no real evidence. Correlation =/= causation.

BFA gave Sethrak the potential to lean either way regarding faction of choice.

The Alliance did try to stir further tension, but they also did help the Sethrak as well. But who they would side with is irrelevant if they decided to stay neutral. Especially with the direction of the game being focused on creating a world outside of the faction war in Warcraft.

The Alliance needs a “win”-race for once. Give them the Sethrak and us Leaper Gnomes. I really want for us to experience the Alliance-moment when they got Mechagnomes and we Vulpera.

The Alliance needs a “win”-race for once.

That sure as heck wouldn’t be silly snake people. Vrykul would be a win. But I don’t see either ever happening.

Vrykul would be a win.

What is it with you Alliance-players and the constant yearning for humans? You have already three human races, an elf-race and several humans in different sizes and forms.

It’s time the Alliance gets diversity.

Mogu then. Whatever. My point was more that sethrak are silly. And like a handful of people would play them.

playable murloc to the alli it’s a win win.

No step on snek.

It would be a huge task to retcon the sneks to fight against horde, so that probably wouldn’t be happening. To make them neutral also presents the problem that the only ones that could go alliance are the current evil branch that we tried to kill off.

Tribal desert folks are going to have conflicting culture to an authoritarian civilised city and would generally fit in better with a “come as you are” horde faction. The writers would have to pretzel a snek story to make it suitable for the alliance and then no-one would be happy. They removed the brutal side of the night elves and turned them all into tree huggers to make them fit into the alliance. I’m never going to be happy to see that done again.

I would rather see Saberon for Alliance, and Mok’nathal for Horde.

It would be a huge task to retcon the sneks to fight against horde, so that probably wouldn’t be happening

Nightborne and High Mountain Tauren were neutral in our dealings with them throughout the expansion. Tauren were a more obvious fit to the horde and no-one questioned them joining. The nightborne surprised a lot of people but didn’t alter their neutral stance throughout and the subsequent faction choice was politics.

Sethrak were not neutral, they were actively a part of the horde story where the alliance got a small snippet involving a couple of characters. It’s going to be a much bigger stretch to make them alliance at this juncture.

It would be like making KT horde, afterall horde had positive dealings with some just like alliance did with sethrak. It would be possible to create a break away faction sure, but difficult for anything beyond that. They would have to make a new breakaway faction though for the sethrak as the current one is evil and not a good alliance fit.

Although a few didn’t and helped us.

I agree that the current sethrak situation is nothing like the NB, HMT, LFD or MGs, where both sides did the same amount of aid.
The Horde currently helped the sethrak far more, but that said I can see them being neutral because they showed that they can work with them. Strictly an Alliance race though? No, there would have to be quite some story development for that to happen.

The last we saw of the sethrak they were building an alliance with the vulpera, starting down a road to unwind a history of not being very nice to each other. The better sethrak were the ones undertaking that, the evil ones were not. The evil sethrak are the ones who need help now.

What would cause a splinter group of good sethrak to want to distance themselves from what is right in front of them and make a choice to join an alliance they saw for 5 minutes. I can’t see any of these groups being even slightly concerned about how evil Sylvanas may or may not have been… none of that even figures on their scale of importance.

Like I said, it will be a tough job to write that story without the forums exploding in equal parts laughter and ridicule. Now if they can figure out a way to turn the evil sethrak back to good and they’re in danger of being made extinct by the now domintant sethrak aligned with the vulpera… sure, that might be a way to go. But still… a very tough write.

Dryads!! Would be super cool.

It’s both the correct and bad choice.

Great for Forsaken but terrible for Goblins. 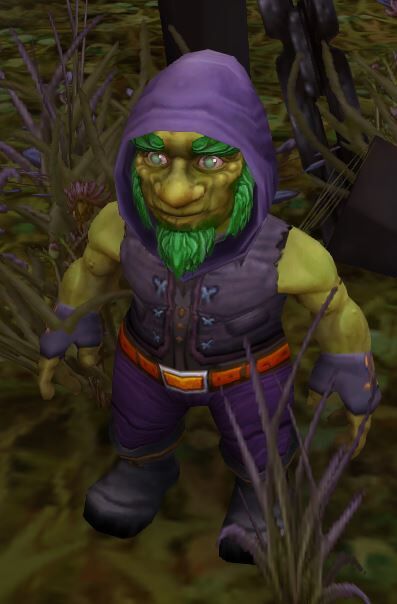 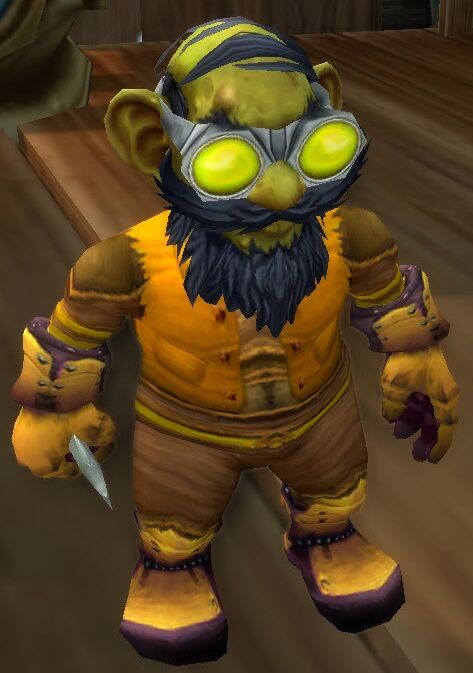 If there’s an allied race it’s probably going to be one that related to the Dragon Isles minor factions.

You can tell a race is planned to be (or has potential to be) an allied race when Blizz puts in male, female, and child models, and current gear works on those models (well, on the adults at least). That’s why I was convinced vulpera were going to be added and why sethrak are still a