[A] Weekend Raiding with Randos (Heroic)

Ignore Mechanics on Blackhand-Galakrond runs a guild heroic raid that has the primary goal of having a fun time with our friends and secondly to see heroic content and get AOTC by the end of the tier. We’ve looked a lot for weekend raids that can suit our bunch, but it seems like everyone just wants to run on reset day.

We have more than enough healers, but need DPS (and if you have a tank offspec, that’s bonus but not necessary).

A little bit about us - we’re a mid-sized guild that can’t fill out the kind of big raids that Blizzard seems to insist on designing for, but our scrappy bunch has managed to make 9/9N and 4/9H progress so far in BoD. To get an idea of the kind of people that will fit in well with us:

If you’re a capable raider that doesn’t mind the wipes and can hold your own in heroic, we’d love for you to help us stop rolling the pug roulette wheel. Join link is below so hop on in and say hello. 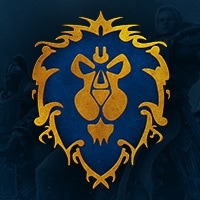 A World of Warcraft Community is a cross-realm social group of adventurers who share common interests. It features chat and voice channels, event calendars and more!