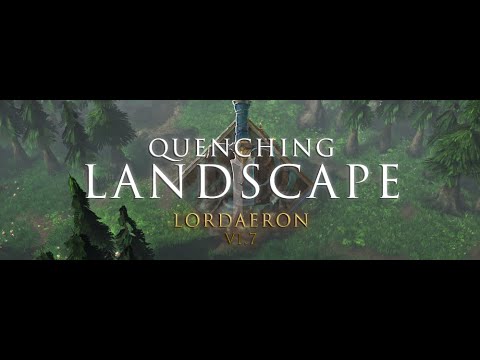 Join to discuss stuff, give feedback, play together and more.

There is some simple rules for all the channel:

1 - Be nice and polite when conversing, avoid aggressive language. | 2 - English works best. If you don’t know English very well, try to use “world-language” channels. | 3 - Try to refrain discussing political topics, there are many other servers in which to do so.

Bug reports & suggestions: jixxxxxed@gmail.com or ionster@163.com (I recommend to just use Discord for easier communication)

This is insane, keep up the good work !

This is very impressive. Thanks for posting it here!

However I would like to know from a developer if you can get banned for using this before I consider using it myself.

What a great work! Blizzard should be apply this mod.

Ur mod is disappointing and I dont see any difference except water has now more reflection waves to the lenght that its actually disturbing.

However I would like to know from a developer if you can get banned for using this before I consider using it myself.

How is that disappointing?

Good work man. Over time i know it will be even better this is just a start so for many of you that have doubts just remember that it will be probably improved with time. It would be great if the campaigns could be remade also with these to get the new campaign feel we were promised.And add some models that are missing as well like male DK model etc.

I’m going to share this, it deserves more attention than Blizzard gives its own game.

This is insane. Probably Blizzard just needs to hire this guy and Pad so we can have a good graphics, nice HUD (which Blizzard can’t provide) and ladder from Pad.

It does look better overall, except the water looks very odd, almost not like water anymore but a great big magical gelatinous blob.
Also, I’m not sure whether possible to do in your mod but, the texture tiles still need more blending as this has always been the biggest issue with Reforged graphics in my opinion.
But aside from aesthetics, unless there’s decent optimization its worthless, hell I’d even take a graphics downgrade if it meant Reforged was actually playable.

Edit: I just noticed that the “Water Patch” download on their site could be a fix for the water issue. I can’t test it though because I don’t own Reforged anymore.

I don’t usually post here, but I came to say that the mod works as intended! I am on Mac and I was able to install the mod easily, and let me tell you guys, the new lighting/render system is awesome. It feels way more appealing.

Did you notice any increase or decrease in FPS? Compared to when you play without the mod.
Is that my pc is average bad and I have uninstalled Warcraft 3 Reforged, I am trying to install it again just to test the mod.

is it possible/easy to change between the mod and normal game graphics?

The mod is just a set of folders in the War3 installation folder. You can just remove them if you want to go back to Vanilla Reforged. The authors also offer a tool on their website to do so. It just renames the folders to something the Reforged engine won’t utilize.

This is insane, only problem is water has way too many surface reflections.

Did you notice any increase or decrease in FPS? Compared to when you play without the mod.
Is that my pc is average bad and I have uninstalled Warcraft 3 Reforged, I am trying to install it again just to test the mod.

The mod add a new render (they says) that add something like global illumination. It basically intensifies the sun light making it more realistic, and it seems the ToD changes faster. Since the object shadows are more extended and move ToD move faster, the whole effect looks great, and again, the authors claim thee added a new render. So yes, expect some decrease in performance, nothing dramatic nonetheless.

In Mac, Reforged performance in not terrible, not great, and for some reason (no units on screen), the performance drops with not apparent reason. So, the mod may add some performance penalties, but I don’t blame for the crappy engine in Reforged.

This is insane, only problem is water has way too many surface reflections.

They offer a patch (a dds file) to replace the water for something less shiny. Read the website people.