It seems like this has appeared for different people over the years with different root causes. I’ve gone through the basic troubleshooting for this issue and am at a loss. The game has never worked on my system. I’ve performed the following -
*Reinstalled game
*Reinstalled launcher
*Tried running in 32-bit mode
*Tried compatibility modes
*Tried launching directly from the install folder
*All graphics drivers and windows updates are the most current
*No antivirus outside of stock windows security.
*OneDrive is present but I’ve logged in/out/disabled it at startup, the issue persists in all instances.

There is no visual indication that the game starts at all, only the launcher button switching back to “Play” after a few seconds. Below is the Event Viewer item for the crash. Any idea what I should try or what might be causing this? Any help is appreciated. 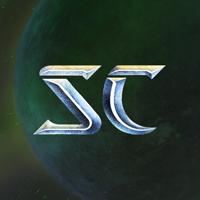 If that fails, then it might be something wrong with registry, in that case you should contact Blizz support to assist you.

Here’s someone who had problem with registry (I also advise you read the post entirely, as it is explained how to get help from support):

Hello dear Blizzard Tech support, recently I am experiencing a heavy lag in the game menus and UIs. It appears like some connection is blocked between my client and the server as everytime I start the game the game tells me that the “Download failed.” and loading any serverside information is always causing the lag. If I want to join a custom game lobby the game list is VERY laggy and every time I scroll the screen freezes for like 2-3 seconds. If I want to take a look on a player profile the g…

to the second poster, the OP states that the GAME itself won’t start, so the info about game lag, and being unable to join a game are not even on-topic. I’m having the same problem with the game not starting, at ALL. I’ve spoken to a tech via email about this issue. I’ve done all of the “workarounds” they suggested, all the “workarounds” that were posted on the support page, and also from the forum here. Nothing. I’m waiting for a second reply to my updated issue from the Blizzard tech, but everything I’ve tried doesn’t make the game work.

I bought the original SC1 a couple years ago. I decided to give it another go recently and see that I have the remastered edition. Then, I purchased the Cartooned DLC recently as well. I run Windows 11 64-bit Home. I have 64GB of system ram. I have a 12GB AMD 6700XT graphics card. A 58 inch 4k monitor. My games are on their own dedicated m.2 SSD (4TB), my O/S is on it’s own dedicated M.2 SSD (1TB). So, from my uneducated standpoint, my “rig” should be able to EASILY run ANY videogame I install. I have the newest Call Of Duty installed, and it works just fine.

So, even after 1 current conversation with a Blizzard tech, and StarCraft Remastered/Cartooned installed on it’s OWN 4TB SSD, it still refuses to start. I am way past the threshold for a refund, obviously, so, it does look like I’ve screwed myself over in that respect. Anyone have ANY fixes that will actually WORK??

i have the same issue, what is strange that I use and play SC:Remastered from the release date and always everything was ok, but now it suddenly stopped to launch, same issue as written, no errors, nothing, BLIZZARDNET blue button changes from PLAY to PLAYING and when nothing happenes in a few seconds it goes back to PLAY again… NEVER had this issue before…

Also having this issue. The game worked fine when I bought it, ran perfectly for months. I just came back to it after spending some time with 7 days to die, raft, long dark, and some others and now it wont launch; its acting like a jilted lover because i was spending my time with other IPs. I seem to remember some update a while back that I didnt pay attention to so Im pretty sure that blizzard released something that bricked the launcher.

I have the exact same issue as OP. I’ve tried everything (my first time trying to play remastered) and it just doesn’t work - the game says launching but never does. Same error from the Event Viewer.

do blizzard give a sh*t about this issue ? anyone was successful to reach live support ?

OP here - This still goes unresolved. I opened a help ticket and after a week or so got an automated reply that basically said the same tired troubleshooting tips and asked me to re-upload all the logs AGAIN if the issue continues. I did that but it’s been over a month with no reply. Sort of a bummer, but I guess there’s just no interest in getting this older game to work for us.

It seems like some people have had success by fully reinstalling windows, but if the issue is with windows, I would expect a tech to identify what is causing it and provide a fix. Not nuke my whole system for one game. Anyway, a pretty disappointing experience all around from the support team here.

I checked the ticket history and it looks like we sent a reply on December 5th. In this case, you can reply to that response with new system files and the game error logs if they exist.

If you can’t reply to the ticket, then I would suggest creating a new ticket and reference the old ticket you created and this forum thread.

i have the exact same error in event viewer

In this case, you can reply to that response with new system files and the game error logs if they exist.

If you can’t reply to the ticket, then I would suggest creating a new ticket and reference the old ticket y

Thank you for the update, I missed the most recently reply. I’ve updated the ticket after trying the new troubleshooting steps and the issue persists for me.

here is the fix

1-In windows search bar type Exploit Protection, open it
2-Program settings
3-Add programme to customise
4-Select your StarCraft.exe in your installation folder.
5-Edit and select override system settings for Control flow guard and turn it off.

Enjoy the game you paid for.

it works !!! in my case i had to edit starcraft.exe and starcraft launcher.exe thank you !!!

Absolutely brilliant. This fixed it for me as well. Thank you for the follow-up!