Which commander equip with deadliest weapon?

Zerg don’t need to equip, they simply evolve or adapt tools.
Just look at Dehaka when he adapts a toothbrush.

Nah, I’d say based on OP’s question and the definition of “deadliest”. The most caused death by one weapon is probably Drakken Drill from Swann. Devour is 1v1 the deadliest but it’s just one death. Presumably you can’t re-cast x infinity, because then {insert ability} x infinity is just as strong if not stronger than Devour.

BRB, Pulse Cannon, Immobilization Wave, Nuclear Annihilation, etc. all have a very distinct limited range and enough damage to kill anything within said range. So they are very similar (with Immo Wave larger but less comparable damage, as it doesn’t kill some units unlike the others.)

However, given that both Concentrated Beam and Pulse Cannon are in one weapon. I’d say Thicc Boi takes this one easily. 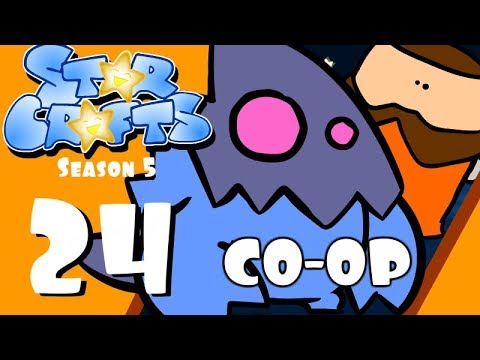 Big red button is a 1-shot action that has a long cooldown. 20 maxed ascendants can do pretty much the same over and over and over again (as long as you keep building supplicants).

Not saying Alarak is the best commander for DoN or anything. But in terms of DPS, there is not much (if anything) that can rival them. Only if you exceed ~400 energy / ascendants, their DPS starts to drop due to consume cooldown. But with enough ascendants, even if you had 10 stanks incoming, they will vaporize them before they get into attack range.

That being said, a late game alarak - artificer of souls army with ~10 wraithwalkers and 16+ ascendants can do the same, without the need to cast spells all the time. A fully leveled wraithwalker can reach 400% normal DPS so those 10 are about equivallent to 40 wraithwalkers… which would be 240 army supply.

I think you might need to clarify a bit. Do you mean single unit/building or do multiple of the same type count - e.g. Ascendants? By deadliest do you mean most damage in a single attack, most sustained dps, most dps per supply, most single target damage, or something else?

Kerrigan. She has the swarm as a weapon, dehaka and zagara are her underlings.

Gonna go for more fluff in general for this one, though Swann having a giant searing beam of energy that can carve out a path of destruction across the entire map, destroying even the dreaded battle cruisers and lighting up the area bright enough to briefly dispel fog of war is still my favorite contender.

Time stop seems pretty OP, since being able to kill someone before they even know there dead then dropping a steam roller on their head is always great.

Horner being able to call in an entire dominion fleet to commence an orbital bombardment seems like it’d have to be way up there (heh, get it, UP there, ORBITAL bombardment) and in theory, they should be able to fly across the entire battlefield shooting at everything down below. However, gas prices are kind of expensive right now, so maybe that’s why they stop so soon.

Fire the missiles! Fire again! Fire them all!

Strong aoe, easy to mass, low CD, tanky enough with some biomass, counters ground, air, cloaked, burrowed, hybrids, drops, can deep tunnel (p2). With proper kiting, you can kill most waves before they get within engagement range and have a chance to attack. Yamato and tanks already in siege can be a problem, but corrosive bile goes brrrrrrrrrrrrrrrrr!! and then you pick up the biomass.
Objectively the best unit in the game. My answer is Abathur, with his adaptive covid virus bioweapons.

The Spear of Adun if you take into account all 3 commanders.

Sure ravagers are great, easy to play, tanky, cheap, versatile and all… but unless we are talking about stacked air units, i would say the late game DPS and AoE of ascendant + wraithwakler is quite a bit higher in pretty much all situations. I mean say… 500 banelings + zerglings? Die faster to chaos orbs than biles. 20 thors and siege tanks? Die faster to mind blasts than biles. One 40000 HP void shard? Dies faster to wraithwalkers than biles.

Artificer of souls has slow ramp up and wraithwalkers are a bit like glass cannons and you don’t have much self healing aside from shield regen… but if you’re not bothered by that, the DPS is amazing.

I agree they are amazing. I like both of those units, but if i’m picking 2, i’d take ravager/brutalisk. Brute reks ground (ling/bane asplod from cleave), thors/tanks don’t dps fast enough to kill before the biles fall, and the upgraded bile aoe is ridiculous compared to the stock ability. I feel like this is going to turn into me arguing that abathur is the best commander so i’m just going to stop lol

I don’t think OP was asking a bunch of units… I mean if that would be true then any unit in large numbers would qualify for deadly. It’s just a matter of how many of said units.

I read it as more of a singular unit/structure.

Yeah, but everyone went on a tangent, so it kinda became the new topic

Tbh, i thought he meant which of the actual weapons one of the hero commanders have is the most deadly, as in autoattack, not skills/topbars

If we’re talking calldowns, imma have to go with Glevig

It doesn’t have a cooldown. It has one charge. You can use it again when the Odin’s cooldown is expired. That’s not a long time, especially with mastery. The starting cooldown of the Odin is what really long with its 10 minutes.