Under Achievements>Versus>Ranked/Unranked, there’s the “Low Battery Warning” achievement. I don’t know if it was intended, but it’s not included in the Supreme Being meta achievement like all the others in that category are. 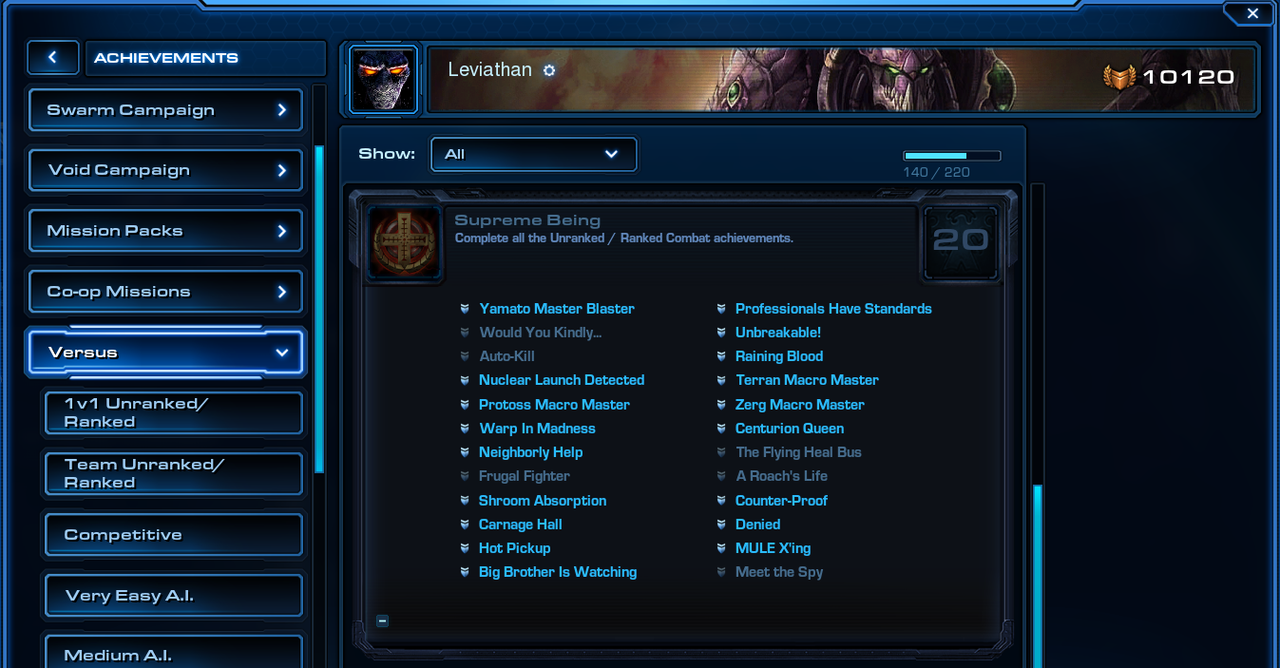 I think the achievement might have been removed - I just tried to complete it, and throughout the whole game it said the amount I’ve healed with batteries was 0. It also said I only healed 100 shields on a single unit when I clearly healed more. Looking for the supreme being achievement, but it is quite frustrating when I cannot get the achievements even if I do manage to complete them. I know for a fact that I’ve healed a lot because my opponent was in on the achievement run and sent several zealots to my shield battery haven where I had one unit waiting. (To be clear - it was on ladder, I just told him about it and he decided to help me). Though I may not have healed 500 hp, it stayed at 100 all game long and did not seem right.