I’ve been using The Core for years now, so I’ve had my muscle memory down for most of the commands. That being said, the updates to co-op have been really straining my ability to play normally because of how it messes with my hotkey bindings.

I have reported this literally last year and it still has been completely ignored despite my repeated reports. Again, here is the issue: 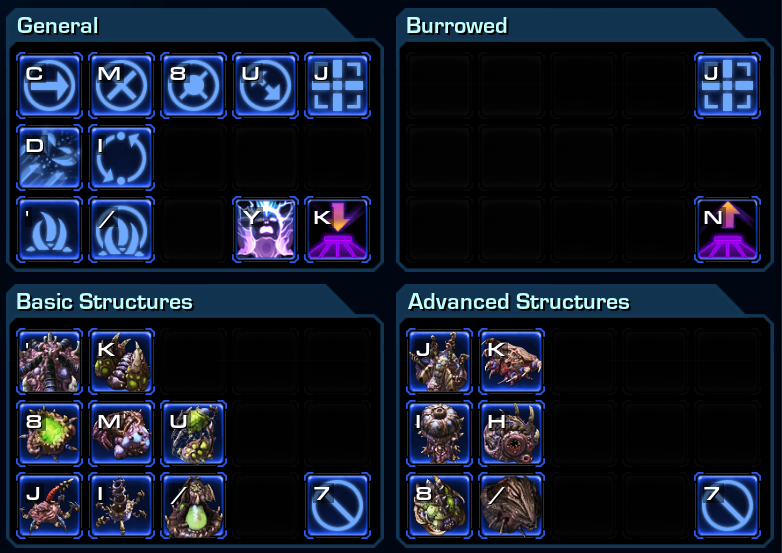 You can see in the “General” command card that the command is “Burrow”. It makes sense because the standard state of Drones is Unburrowed, so the command available to them would be to burrow. This is how it is for ALL drones except one. 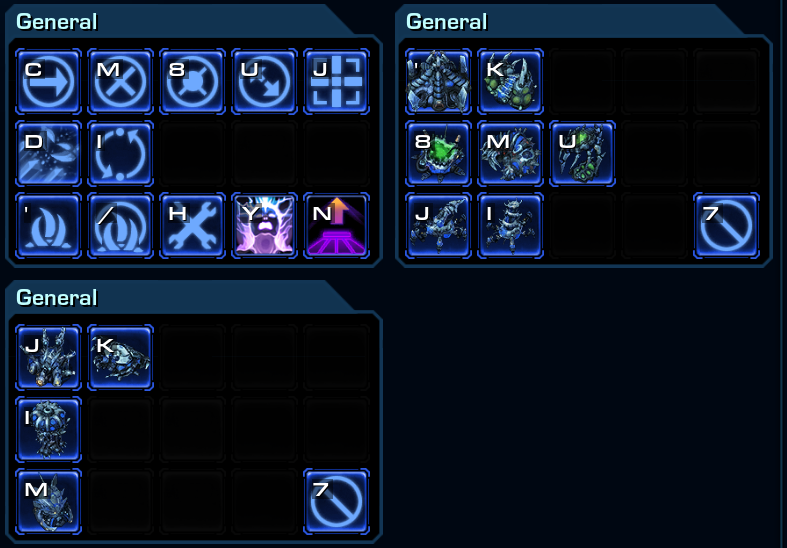 Right off the bat you can see the issues. Every single command card is called “General”, whereas each command card in the regular drone is appropriately named. But the main issue is the command on the top left “General” command card.

The command given to unburrowed Stetmann drones is to unborrow, rather than to burrow. This makes no sense since they are already unburrowed, and as you can see in the regular drone hotkeys [and really, all other drone variant hotkeys] the UNburrow command is available on the “Burrowed” tab.

I can normally bind both “Unburrow” and “Return Cargo” to “i”, because there is no world where a burrowed drone can be ordered to return cargo [because it’s burrowed and therefore immobile!]. So there is no reason to ever have hotkey issues for having “Return Cargo” have the same hotkey as “Unburrow”.

But with the nonsensical Stetmann Drone command cards, the “Unburrow” command now conflicts with the “Return Cargo” command, for no good reason!

Have the "Burrowed" command card for Stetmann's drones separate from General, and map the Unburrow command there. Then map "Burrow" to the General command card.

With the upcoming change to co-op brings this new headache that will likely force me again to change UNIVERSAL hotkeys that I've been using for years, just to accommodate a super gimmicky unit that I probably won't even use outside of that one video where I have to show the change. Behold, a true hotkey monstrosity:

I have two unbound hotkeys here: “Load” and “Unload all”. This is not the first time this particular unit has caused problems for me. Just look at all those commands that are shared by units that normally have different abilities and therefore don’t ever conflict before now:

My problem here lies in the fact that in all 22 years of Starcraft, there is no unit that can cloak, burrow, and (now) load units… other than this one. There has never been any need to fear having burrow, cloak, and unload all share the same hotkey, and I have in fact done so for years… Until this unit came along.

This rarely-used unit already forced me to change my cloak hotkey just to accommodate it. Now it will force me to change Load and Unload All? And it’s not an easy thing to remap. Remember that SO MANY OTHER units share commands, so I have to find ALL NEW hotkeys that won’t conflict with any of the other hotkeys that I’ve previously set. And for what benefit? The latest gimmick that is probably nowhere near as good as Stukov’s OTHER two prestige talents!

Give the load/unload/remote deployment ability to Stukov's overlords instead of banshees, since players who would have the skill to actually use Banshees should probably have the skill to put creep overlords forward anyway. Besides, ALL Stukov players make Overlords, so going for Plague Warden prestige won't necessarily railroad Stukov players into making Banshees, especially if the enemy composition doesn't call for it.
3 Likes