Correct, they suck and most of them needs buffs or nerfs to many problematic anti tank heroes.

While Widow isn’t the worst offender there I could make a case for her, at least a better case than she sucks so much they need to nerf Orisa…

Widow is one of those heroes that unless you’re a GM the moment the other team even slightly registers your existence you may as well swap heroes. Just projectile spam whatever angle she’s shooting from and you’ll either kill her eventually or she has to go on a health pack run. Genji’s projectiles are especially good at clucking up her day, even better Hanzo. TBH I find it comical that Genji can fling his shurikens further than Hanzo can shoot a bow since gravity seems to ignore them while Hanzo’s arrow has an arc to compensate for gravity.

I’d dispute that, like I get where your coming from but outside top organized play (i.e. OWL) the tank options are minimal.

That’s not a good place to be in, where there is one tank who can be relied upon consistently without being too reliant on the rest of their team, and that tank is a DPS. Sure Winston works if you can get the right team together and you can find situations for Ball or Sigma. Really only Orisa is a total 99% of the time throw pick, but it’s still a sorry state to be in. Like for DPS on a Zarya level we have McCree, Echo, Hanzo, Ashe and a lot of guys like Mei who aren’t far off. Tank is in a really bad place right now, especially below mid-high diamond, there is no two ways around it.

You cant make competition for non competitors, sry but this is the reality of “getting better at the game”
OW is competitive game, if someone has not enough time to be actual competitor, why would you listen about their PERSONAL issues? PLay like it is intended - fix your problems.
It is like playing bastion and calling everyone else to play around you - just switch bro!
Tank is a hardcarry role, the most efficent in game since its realease, always be and always would be + tanks are sorta op on top of that, but they have to be it to please casuals at least with something.

Mostly I’d agree but there is something different here. The issue is most of these tanks problems aren’t “you” problems, their team problems that your team to solve and your just a passenger. Best example is Winston who yes is on paper good, if you can coordinate Zarya bubbles right, your dps can follow up on your disruption and your healers can survive well without a tank babysitter. Don’t get that and he flat out won’t work and is a throw pick. This is all outside the Winston’s control and makes him in practice bad on ladder regardless of your skill even if he does have the potential to work well with the right team.

Now your Bastion example would be the same, except he is the exception for DPS so your right, he has many options to swap to and if he doesn’t it’s on him. If you’re on Rein, and not getting enough value or getting focused a bit too much for your healers to deal with then who do you swap to? Ball and Winston will actually be harder for them to work with, Sigma doesn’t work in that role anymore and Orisa brings too little. Your best options there are persevere on Rein when he clearly isn’t working, go to something that will actually be less likely and harder to win with or say screw this tank nonsense and go Hog for discount 0-4-2. That’s not every game but it’s hardly rare. It’s a bad place for a key role like main tank to be in. Not to mention the fact that the best tank Zarya is like the least tanky. To me this is bad balance situation, like when Brig was clearly the best healer or Mei and Sombra are top DPS, to me that sort of stuff is a bad look and should be avoided.

If it was like 3 tanks you’d have a point, or the best/only consistent tank was a more “pure” tank, or the problems the tank players had were more “you problems” than team ones, but none of that is the case. At best it’s like 5 have big problems that are entirely outside tank players hands, more likely it’s 6 and your stuck on Rein Zarya, yay. You can make the case even Rein gets this and 7 out of 8 are weak for reasons beyond your control, meaning you can no longer put together a functional tank line. It’s not as bad as Goats was for DPS, and I’d argue Hog Zarya meta was a worse look for tanking but it’s still a really bad place for tanks to be.

Edit: just totally screwed up a sentence so had to change it.

Blizzard, Stop with the nerfs, and make Widowmaker on par with other Heroes once again! Here are the things you really, really should do (to say at least) to make Widowmaker a fair character: First and foremost, increase back Widowmaker’s HP back to 200 HP, or more! This 175 HP is a disaster that made no favor at all to any of her players! And those masterful with her will continue to be a nuisance to their victims anyway, so it is pointless to try to weaken her. Otherwise, you will just keep …

I used to believe that, but you only need to be like 2 ranks ahead to get insane value with her. Figured that out when I inadvertently deranked one tricking Genji.

Every shot has a chance to OHK most of the roster if you can click the frame.

It’s a skill based hero and will only get the amount of value that you have in skill.

Great take, Egryn. I think you’re right, we should nerf every tank in the game and buff widow maker so body shot can one shot. Also, removing shield tanks would be great and delete the rat and monkey.

I assume you saw his “buff widowmaker to 600 HS damage” topic so she could 1-shot hog - classic!

Tanks surviving damage for 3 seconds without getting a full on pocketing by Ana (with nade btw) and a bap (with IMO btw)? 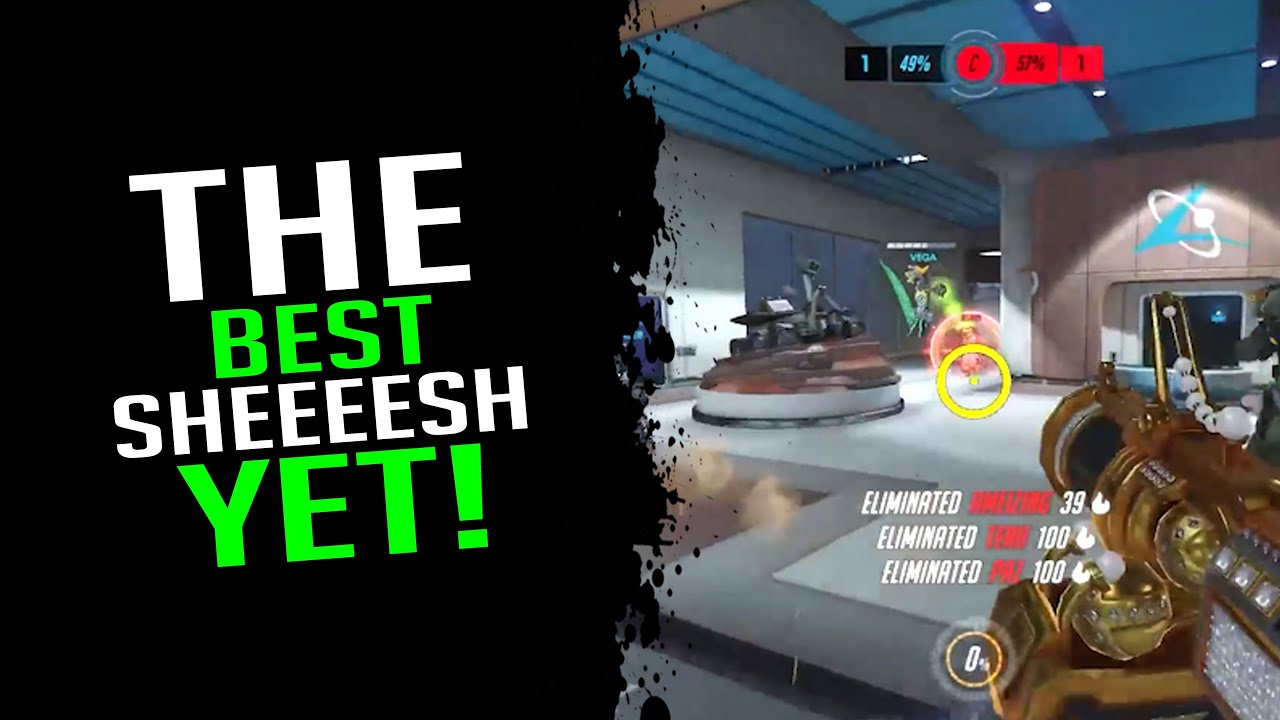 Oh yes I’m sorry.
How dare tanks show their ugly pixels on my screen? Only Dps kings and queens cans appear on MY screen. Disgusting. They shall be punished and one shotted right away!

By the way what is that icon? Blocked.

Get it away from me.

yes very very true, i had this problem all the time…i love widowmaker and have loved playing her since the start…but she seems so useless now unless in very specific situations…and even then god forbid you pop off because you know they will have a winston and genji instantly after, shes too easy to shut down for the skill she takes…especially with her unreasonable health nerf, its too much…how are we supposed to get better at the game and hero when the second we are doing well the match turns into counter city

You’ll need a Mercy icon if you’re gonna start rezzing threads like this.

Although, since I’m here:

My hero is unplayable because of the insane tank power creep

If only this were true.

and members of the shimada clan.

But they were made to specifically counter widow, though? Hanzo counter snipes, Genji dives on her, and its been like that since launch.

yeah its been like that since launch but it wasn’t as painful as it is now with her ridiculous nerfs, nobody is willing to see the other side of the fence- they just see “well she can 1 shot…so nerf it into the dirt…” there are many 1 shot heroes and combos in this game so thats a poor excuse at this point, widow takes skill and aim and shouldn’t be punished for it so harshly

Weren’t you a doom main that hated hitscan?

You’ll need a Mercy icon if you’re gonna start rezzing threads like this.

Although, since I’m here:

My hero is unplayable because of the insane tank power creep

If only this were true.

and members of the shimada clan.

But they were made to specifically counter widow, though? Hanzo counter snipes, Genji dives on her, and its been like that since launch.