What Seagull wants in OW2

Bring in the WoW team

is seagull just a meme at this point?

Tell it to someone who cares

This right here is my #1 thing I want too.

And I’m talking long raids like Destiny where they through you in with 5 other people and dont tell you how to beat it. I want a challenge, an adventure. Make it happen Bungie

who is seagull and why does his opinion matter?

With as big a deal they’re making this “sequel” out to be, I would certainly hope for some ambitious content to this effect.

I imagine they know, in some capacity, that they have some expectations to live up to if they’re going to go such a long time without any word.

But the question here is

What do YOU want for overwatch 2 Mr tophis?

Bring in the WoW team

jeff confirmed on this video 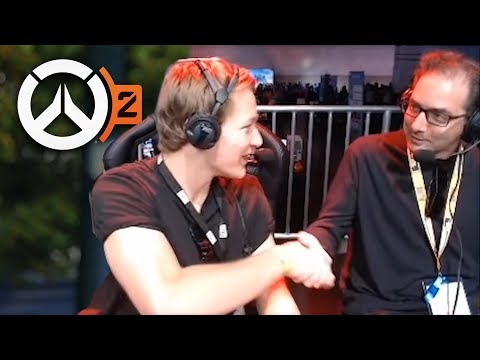 I swear you guys are like robots when it comes to streamers.

Seagull: OW2 is going to be great!

You: OW2 is going to be great!

I swear you guys are like robots when it comes to streamers.

im not fan of any popular OW streamer or Pro players and i think OW2 will be different not Expansion not DLC but a true sequel.

Seagull is a player like anyone else who expresses his opinions. He started streaming Overwatch since beta, had a small handful of viewers since the game was new, then he got lucky with some hosts and through his skills carried over from TF2, had a relatively humble personality, so he gained popularity, and he even went to play professionally for a bit of time.

But for some people, out of a passive aggressive anger or scapegoat, he is viewed by as some sort of major influencer who ruined their game because his opinion was contrary to theirs. For example, he expressed a while back he didn’t like Mercy resurrection, as did the community, and she got reworked. So, then Mercy players blame him for that change. To many who come in hearing about him, he’s just another random “big streamer” or e-celeb, despite his grassroots following that solely came from the OW community. Or some people who like to pretend their above people who stream or post videos on social media platforms.

NGL if there were a game that was basically WoW but FPS, I would play the absolute crap out of it.

That is basically what Destiny is/(was?) by Bungie. I used to play the hell out of the first one. They lost me at the sequel.

That is basically what Destiny is/(was?) by Bungie.

Wait, really? It just looked like another PvP FPS when I looked at it. Maybe I’ll check it out one of these days.

Raids would be great. Hopefully they can load the PvE content with enough… content… to be entirely playable on its own. You can work towards things (cosmetics? Upgrades for missions maybe?) for hours and hours, like in WoW.

I’d also like the PvP to have enough new content to be practically its own thing as well (enough new heroes, modes, and maps) but that probably won’t happen (I really hope it does tho)

Yeah. I only played the first one so don’t know how it is now…

But they had planets you could go on and see other players while doing little bounty missions, or you could queue up for strike missions, which were like mmo dungeons. And they also had raids, which were pretty difficult content.

It didn’t have like an open world where you could see a ton of players, as they limited the number of people on a planet in your instance. But that was because graphically, it was as almost as good as a single player game or a standard fps, rather than the more limited graphics of most mmos.

You could use the gear you farmed in PvE to participate in various pvp modes.

I haven’t played Destiny 2 but I would expect it’s pretty similar.