the thing is… i have a connection over air (the only possible way for me to have internet) and sometime this connection gets micro cuts so… when i have them the game kicks me out of my account just because it lost momentary connection to the servers i guess, the bad part of this is that the micro cuts only last for 1-2 seconds and that is everything it takes for overwatch to kick me out of everything…

why this game is like this? i mean i got to play the game when i can (its not that often anymore) and i have a penalty of 12 rounds just because of this thing… its not fair at all.

its not fair that i have to wait 10 minutes to find a match and then get f***d just because i got a 1 sec internet cut.

look at this lovely video… i already had a 1 match penalty and when it logs back in again i have 12…noice. 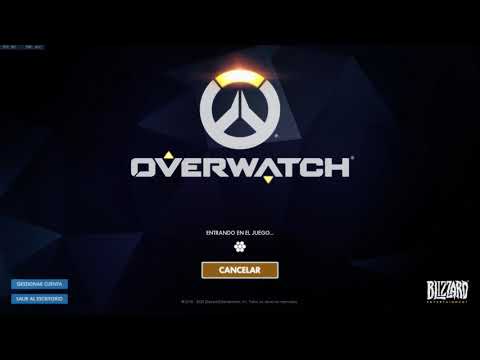 for a game about inclusion its pretty clear you don’t like people with bad internet like i have.

i hope that this post reaches some higher place so the devs can do something about this… it’s sad that i pre-purchased the game and now i can’t play it cause of this.

Forum Mod Edit: This post has been edited by a moderator due to language. https://us.battle.net/support/en/article/256989

Do you refer to a mobile 4G or 5G cellular network? Blizzard officially states that these types of connections are not supported and is subject to disconnections that you describe. So unfortunately this is a problem that you are responsible for and will need to consider a landline based connection (DSL, T1, Cable, Fiber Optic, etc.) to reliably play online games like that of Overwatch.

To learn about Blizzard’s stance about why penalties are issued for disconnections, see this topic:

Hey everybody, I wanted to take some time today to discuss Leaver Penalties and how they relate to Technical issues. We understand that leaver penalties are an annoying thing to experience. Technical issues can be complicated to troubleshoot. To add penalties to your account can seem like adding insult to injury. This isn’t our intent. The competitive penalty system may not be perfect, but there is reason behind it. When we created the leaver penalty system, we took in a lot of player feedbac…

no, its not that, its broadband over air… so is my fault that the game is really eager to kick you out into the login screen just because i lost connection for a second?..

for a game that screams inclusiveness that is not very inclusive.

and btw i posted here because a the tech support told me… i know this will get lost and no one will do nothing about this… just wanted to tell how glad i am that being master in comp now i’m plat just cause my connection wasn’t reliable enough in quarantine with all the country using it at the same time.

Any over-the-air transmission is going to be subjected to all forms of radio and microwave interference in combination with user traffic (which as you pointed out is more increased due to the pandemic). For most applications with the internet (web surfing, email, watching videos, etc.), this is not an issue, but open-air internet connections really are never meant for online gaming.

Also note, most competitive online team based games do have strict leaver penalties. Also note, Overwatch does allow a player to return to finish a Competitive Match under certain conditions, but they have to return quickly to avoid penalties (this is due to the fast-paced nature of the game). In the end, based on what you have told me, I do not recommend that you attempt to keep playing Competitive until a better connection solution can be found.

I counted about 10 seconds of connection trouble in that video.

for a game about inclusion its pretty clear you don’t like people with bad internet like i have.

Just not in a competitive environment where you have 5 team mates gambling on your connectivity issues.

If you know you have connection issues- don’t play competitive.

ahhh and don’t forget waiting 15 minutes to play a match in comp and then being thrown into a siberian server with 300ms… just perfect, the perfect way of playing the game.

and i will keep going into comp, i don’t care anymore.

you think its not your problem that my connection sometimes fails, well i don’t think its my problem either (because its really not).

i spoke with my ISP and they say that for now with all the people in quarantine this is normal and there nothing they can do about it.

the reason it’s booting you is because “micro cuts” are a great way to lag switch.

i don’t know WTH is that but the reason the game kicks me out is because the platform doesn’t store credential unless you are 100% of time connected to the internet… that’s disgusting.

really poor excuses at least for my problem, a problem that is HONESTLY not my fault and is NOTHING that i am doing on purpose.

well i don’t think its my problem either (because its really not).

I mean- it kind of is your problem.

It’s not your “fault” that your internet drops randomly- But it is your problem. It may not be “fair”- but that’s life in a nutshell.

By all means keep it up- the suspensions / bans will start accumulating automatically.

you are missing the point buddy… but ok… keep ignoring the real issue here.

besides i live in the middle of the mountain so the only way i can get internet its via wireless antennas just because of that i can’t play the game because i’m not good enough for maintaining a constant connection to the game…like i said… overwatch is the only game that does this… so i’m not wrong here.

in competitive i can understand but in casual? wtf…just add a button that says “rejoin your match” and if you chose not to do it get a penalty…

simple as that, problem solved.

you are missing the point buddy… but ok… keep ignoring the real issue here.

I understand your point, buddy.

I just dont agree with you.

It is your fault. Stop crying, fix your internet or dedicate yourself to other games.

Overwatch does allow a player to return to finish a Competitive Match under certain conditions, but they have to return quickly to avoid penalties (this is due to the fast-paced nature of the game).

Why doesn’t the game put you straight back into the match after logging in then? Surely this would be beneficial to literally every party involved.

its because the devs are lazy… this is a thing that affects lots of people… but the game can’t differentiate between a involuntary internet loss and a voluntary one… but they don’t even care at all and put everything in the same sack.
and don’t bother asking honest to god questions in this type of forums, this people are so brainwashed that they will say anything besides addressing the point. its like asking for help in a microsoft forum.

but the game can’t differentiate between a involuntary internet loss and a voluntary one… but they don’t even care at all and put everything in the same sack.

If there are any, maybe give me one? I’m curious.

Why doesn’t the game put you straight back into the match after logging in then? Surely this would be beneficial to literally every party involved.

Probably because if someone leaves intentionally, they don’t want to get put right back into that same game. Which will just make them leave again until they’re season banned.

How is it the devs fault that you live in the mountains, have a bad internet connection, decide to play an online team based multiplayer game on a connection susceptible to interference and get disconnected because of that connection? Also no, it doesn’t affect a lot of people, most players have an internet connection that isn’t air based.

I gotta say, I agree.

you are still missing the point i can’t believe it… just leave it there… i’m done… you don’t know how to think outside of your little boxes.

and i’ve never said that any game can discern if you leave intentionally or not… like i said 34 times you are missing the point.

the most fun part is people telling me that i can’t play a game just because the devs are so lazy to figure a system that punish intentional leavers and not punishing the others that don’t have a choice.

the point is so so far above you that you can’t catch it even if you get help from drax.

I asked you how this system would/could work, but you’re ignoring my question. I have yet to know of a pvp game that can do this without problems.

A DC is just that, a DC. Your connection is cut. Without invasive software, it’d be difficult to tell the difference.

It sucks, but I highly doubt this has much to do with laziness than how complex it is. And there are other issues that need fixing that will come before that.

Probably because if someone leaves intentionally

They should be punished as such. They should either sit through the game or not play at all. I still see no reason for the player not to be added back immediately.

they don’t want to get put right back into that same game. Which will just make them leave again until they’re season banned.

Again, how is this a bad thing? Removing intentional leavers sounds like nothing but a good thing.