I keep telling you guys this dev team is butts. I keep telling ya, but none of ya would believe me! And trust me, this is only the beginning. They’re going to tie more and more of the cosmetics behind a paywall (more than they already do, considering most boxes are just refunds and you need to buy them in bulk to get a new cosmetic every 25 boxes) until finally this game will lock everything worthwhile behind the paywall. Season passes/“battle passes” will become the norm, and by then this game will be completely up the creek and we’ll wait for Overwatch 2 to come out, or there’ll be a new IP to go to.

Preemptive RIP Overwatch, it was fun while it lasted, but Papa Jeff wants to milk this for all its worth now while it lasts. Something tells me the “40 million users” remark from the anniversary video was wishful thinking, and the real numbers aren’t that good and it’s worrying the company and its investors.

I don’t play Lucio, but even $30 seems a bit much for a 3 second animation.

yes, currently 93k are watching it on twitch alone.

I don’t think it’s true that Overwatch will move towards more paywall stuff. The general trend of video games is moving away from paywall, lootboxes, etc. Fortnite and LoL started it up with those games being at the low price of free

blizz requires you to buy wow to get an emote and two voicelines, so getting ~8 skins and a lucio emote for less is fine and a good way for them to get money

The problem is that this emote is overwatch-related, the tracer emote and the torbjorn voiceline are not

Eh so what? Plenty of stuff is gated behind events, the origins edition, etc. It’s just a cosmetic.

Oh. I see what it is after looking it up on Youtube.
Yeah, pretty cool, but not worth the $30. 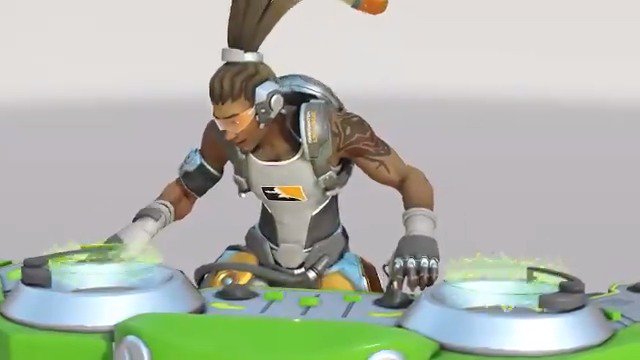 then i think this is fine for those who want it

Papa Jeff wants to milk this for all its worth now while it lasts.

Ever considered his hands are controlled by puppet master palpa- I mean activision?

Wait so he just pulls an entire DJ station out of his butt? I knew he was flexible but wow lol.

I want it, but there is no way im paying that much

You can get overwatch origins edition for less than you can get this lúcio emote.