Please upvotes this and hopefully Blizzard will take notice. I know they don’t want to change the whole programming with Diablo 3 in the Blizzard store, but what they could do as an option instead of reworking it. Is collaborate with Microsoft about how to get the controller supported form on the PC xbox store the game that they released specifically for console. That way people with disabilities or who prefer to play on the controller can play on PC with the better graphics capabilities. I have arthritis in my hands. I played Diablo 3 a lot while in the military and would love to be able to play it again. I no longer have console because I prefer the power of PC, but due to the arthritis I have a hard time playing on mouse and keyboard.

Unfortunately, despite us asking for this for the last ten years it isn’t likely to happen. And it isn’t as easy as anyone thinks either. Should this have been something foreseen? Probably. I won’t go so far to say the UI isn’t designed for controllers to use - Path of Exile has a nearly identical interface style and has controller access that is perfectly serviceable on consoles. It’s mainly that D3’s PC engine itself was never designed with controllers in mind. That’s the part that would take significant time to rework. It’s possible to do, but given the virtually nonexistent return on investment (ROI) we’ll probably never see it.

Sucks too because the PC version runs the best, has the best graphics, and most importantly doesn’t require shelling out $400+ for yet another box in our cabinets (and an oversized and ugly one at that if we’re talking PS5).

Thankfully Diablo 4 will have controller support from day one.

There are 3rd party utilities that can map an xbox game controller to mouse and keyboard functions.
Gopher360
Xpadder
reWASD
JoyToKey

There are 3rd party utilities that can map an xbox game controller to mouse and keyboard functions.

This is exactly what I would recommend. I don’t think Blizz is going to add controller support to PC for D3. Not native support anyway. Using the mapping software is the best alternative for anyone with mobility issues or who just wants to use a controller.

Can you guys at least fix x-box controller for Diablo Immortal PC Beta?

The left stick doesn’t work and you can’t move.

Can you guys at least fix x-box controller for Diablo Immortal PC Beta?

You would want to report that in the Immortal Bug Report forum. I do know they have the PC version in Open Beta for a reason. Quite a few things are not quite right yet and they are collecting feedback to get those fixed. 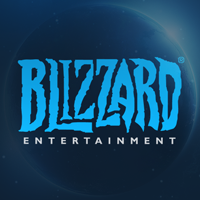 I think you will just unable to play D3 with controller. D3 have a console version with pad controls. And some skills working completely different from PC version as a movement control. Also some builds that nice playing on PC isn’t so good on console version. And any programms to reasign keyboard-mouse on pad won’t help you. D3 PC even theoritacally can’t have controller support.

I was wondering when someone would mention joy2key among these myriad controller threads, and might I add, this is another great thing about PC gaming.

And any programms to reasign keyboard-mouse on pad won’t help you. D3 PC even theoritacally can’t have controller support.

It can be done. You don’t control the character natively of course, you control the pointer, so while not ideal, it’s usable.

I gave up hoping for this a long time ago and spent most of my time in D3 using a vertical/handicap mouse. My arm lasted for 18 Seasons before I finally bought a Nintendo Switch. I would be really thankful if only the gameplay could be played with control, then handling menus and everything else with mouse, but it won’t happen.

This is exactly what I would recommend. I don’t think Blizz is going to add controller support to PC for D3. Not native support anyway. Using the mapping software is the best alternative for anyone with mobility issues or who just wants to use a controller.

I tried that at one point. Let me just say that people are better off getting D3 for one of the consoles if they really want to play with a controller.

I recommend the Switch version for the portability. Then we can all forget that DI even exists and kill 2 birds with 1 stone.

This has been repeatedly asked over and over again for years. The only chance to see D3 on PC with controller support is waiting for a remaster in the future. That is the only way we’ll get it, if ever.

If you have a powerful pc you could maybe emulate D3 on Nintendo Switch. 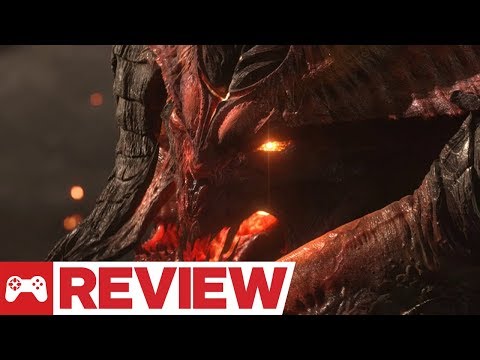 It’s great on Switch, that’s where I play it mainly nowadays. But unfortunately it’s not true that it doesn’t drop frames, it can actually slow down as well. Once it took me over 30 minutes to finish a GR 150 in a team of 4 (was the season with some twister wiz build which was especially gfx demanding). And you don’t have the chat, which is a real bummer, and some other annoying things.

D3 on console is an objectively better version of d3.

Nah, that is subjective. On PC you have chat window which makes team play a lot easier, and the screen is zoomed out making for a better overview. The gem crafting system is better, inventory, and so on.

But you can for example argue that the zoomed in view of the console makes it easier to see the details of the monsters, which makes them more spectacular for sure.