Most of Diablo 4's loot is untradable?

Hm, I dont recall anything indicating good Uniques will be better than good rares or legendaries?

Mostly basing it off of some uniques like SoJ which would give extra skill level to all available skills and how some uniques actually grant bonuses to all primary stats.

Hm, I dont recall anything indicating good Uniques will be better than good rares or legendaries?

They might be, but just because of their special “legendary” power. From what they showed so far I wouldn’t even put Uniques in the item progression, as we are limited to just one Unique equiped at all as far as I remember. So you use one if your build allows for it, or you don’t.

Unique are the items that we supposedly can use 1 of correct?

as we are limited to just one Unique equiped at all as far as I remember.

No that was Mythic tier items (which were replaced with uniques). You can have as many uniques as you want. The only limitation is that you can only have 1 of the same named unique equipped. So you can’t wear two stones of jordans. But you can certainly wear a stone of jordan and a Stormwalker’s Cudgel (Druid’s unique mace) at the same time.

So incredibly bad if that is how it turns out

But yeah, it is what the blogs have said. Seriously Blizzard… What are you doing?

It might not be as bad if you had to replace one of the rare items additional affix (since rares are supposed to have more than any other item tier). But yeah if not, then Rare items with legendary essences would definitely be among the BiS.

You can have as many uniques as you want.

Source for that? Since they replaced mythics with uniques, I was assuming they just rebranded it a little and kept that limitation. Seeing a “limit one equipped” in a pants made me think uniques still had that limitation.

Yeah, the 1 Unique per character thing has been long lived misunderstanding. It was a bad tooltip in the blog. Blizzard tweeted shortly after that they were not limited. They really should have repeated it in the next blog.

It might not be as bad if you had to replace one of the rare items additional affix (since rares are supposed to have more than any other item tier). But yeah if not, then Rare items with legendary essences would definitely be among the BiS.

Yeah that is how it should be done. Well, it should probably replace 2 affixes, since Blizzard has formerly said a legendary affix was balanced around the power of 2-3 normal affixes.

I know you found it, but I’ll post it for anyone else who wants to look. 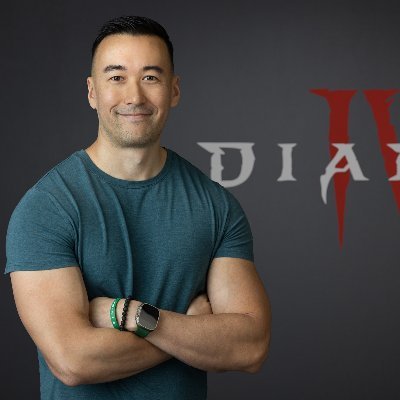 @PezRadar
Seen this a lot. Just to clear things up.. The team is going to iterate on this text to make it clearer. You can have more than one Unique item equipped at a time. The limit applies to having multiple of the same unique equipped. (ie: You can only have 1 SoJ equipped at a time) twitter.com/DiabloNext/sta…

Awesome developer update to finish 2020 @PezRadar! Maybe you can answer this question! Mythic items were restricted to 1 per character, are uniques also restricted this way or would we be able to wear more than one unique item (granted that they are different items), thx!
1 Like
Azrok-1654 August 5, 2022, 1:34pm #27

yeah thx, I was trying to post the link but learned I can’t lol

really hope they figure that Unique thing out… that feels too much like D3 all over again.

At least from what they showed us, the uniques don’t have higher stats, just more powerfull special affixes. So in theory if you can make a good combo out of the other stuff Uniques might not be mandatory for ur build.

I wouldnt necessarily be against some balancing system for uniques, if it turned out to be a problem where everyone wanted to use uniques in all slots (which I doubt, as the uniques dont necessarily seem stronger in the first place).
Like; for each Unique equipped, you take a hit to your total Attributes or something (1st item: 0% penalty, 2nd item; 1% penalty, 3rd item; 3% penalty, 4th item; 5% penalty, etc.)

Maybe Essenced Rares could have an increasing penalty system as well, though just balancing them in the first place would be much better.

No. The worst was that they let the most powerfull ones out of Ladder sesons. Ok you somehow got an Enigma f.e., that helped you farm faster to reach lvl 99 in the race. Fine, the problem was that people could keep these in NL, and trade, and dule and… you know the problem.

Honestly I didn’t have an issue with them being able to transfer over to non-ladder, and honestly I actually liked that since it meant that if I didn’t have to play ladder unless I actually wanted to. Honestly I’m hoping Diablo 4 doesn’t have exclusive content locked behind season. I mean it probably will, but I’m still hoping.

OP Runewords are the greatest thing that D2 even introduced.

It destroyed freedom of choice, variety and makeing your character unique. It’s hard to reach a sweet spot, yes some items will be less efficient, but i think every “BiS” item should atleast have 2 counterparts, so there’s a slight feeling of choice. Like yes yes everyone uses OP item “A”, but ilke OP item “B” or “C” better, and it has as usefull stats on them as “A” so i’m not at a disadvantage. I dont want to feel, that if i don’t use that one specific item everyone uses, my bulid is

Yes i was refering to Enigma

I hope the Beta is not under the “NDA”, would love to spend the winter watching D4 beta streams

would love to spend the winter watching D4 beta streams

I am sure some of the content creators will be streaming they always seems to get stuff from Blizzard.
It is free advertisement for them. How much is in the beta will need to be seen.

The thing is they created a few way op items instead of hundreds of gradual increase items and more content.
I had enigma and perf botd etc on my barb pretty much killing everything on screen in seconds teleporting everywhere… was fun for a bit but becomes boring.

Hopefully, we won’t have a need for seasons in D4. D2 incorporated seasons because they essentially had stopped designing for the game and the fresh start was added to keep the game from becoming stale. Same with D3. Seasons were added after they had decided ROS would be the last major addition to the game, so the restart was put in to keep the game fresh.

With all the money they should be getting from game sales, cosmetics, dlc’s and xpacs, there is no need for seasons. They just need to come out with fun content additions every 6 months or so in dlc form, a full xpac every 2 years, and pump out those cosmetics so many people seem to love.

If they do this, they will have a steady form of income to perpetuate the game. If they begin to drop the quality in order to line their pockets, it is going to fail.

Hopefully, we won’t have a need for seasons in D4

Seasons is a 100% guarantee. It’s the best way to do it by far. Fresh start every now and then. Otherwise when you take a break there is no good way to get back without feeling like you missed out. And then people will simply stop playing all together.

While it sucks when you’re playing with a buddy and you want to help them with gear you’ve already found but don’t need, it also means that there is no “market” for items either and that far outweighs the former.