Leveling as a Demon Hunter is objectively the worst and slowest leveling experience in the game due to a noticeable lack of AoE and Damage at low levels.

It’s a very simple, but incredibly beneficial and effective fix for the worst in game leveling experience of being a DH. This patch offers many improvements for DH balancing, and we should extend that to our young DHs too.

It’s a near-zero risk change that requires no PTR deployment or testing. Just reduce the level requirement to 11, and ensure that it is eligible as a drop at that level. This single change can dramatically improve the burden of leveling a DH.


Reduce the Level Requirement of The Ninth Cirri’s Satchel to 11.

How to Ease Our Pain
Reduce the Level Requirement of The Ninth Cirri’s Satchel to 11.

Summary
With the new DH set, and the massive influx of DH players and levelers that will come with the new Season 21, this simple change could make countless player’s experience much smoother and more enjoyable. For this, and all future, Season.

Even in the worst possible case scenario, it absolutely could not hurt. DH will still be doing less damage than other classes, and will level slower and more painfully…but at least it can be significantly less painful than it currently is.

Lord Greenstone’s Fan is still an excellent choice to level with. The Fan of Knives skill doesn’t become available until level 14 though. It would certainly be nice to have a multiplier available before level 11.

Lord Greenstone’s Fan is still an excellent choice to level with.

It’s the best of the bad options, I completely agree. However, the 10 second CD, very limited range, and 50/50 chance of acquisition all make for an unlikely, and relatively weak, option compared to any other class.

At the moment, Pox Faulds and Lord Greenstone’s Fan are a DH’s only “real” options to do any meaningful damage while early season leveling. Both of which are clunky “anti-DH” mechanics (run around for 5-10 seconds, run in to do damage in an instant, repeat).

DH is a painful and slow solo leveling experience, and is the “dead weight” in every leveling group. All other classes do orders of magnitude more damage then DH is capable of, and they do it sustainably.

Not only would it give low level DH’s an AoE-Like ability that has a reasonable damage modifier, it would also give DHs a reason to actually attempt to use bows. Currently, the best skill combo for leveling is Bolas+Chakram with whatever best weapons you can craft/find (usually melee).

Make no mistake, this is not an ideal fix. An ideal fix would require skill tuning and other significant changes that just aren’t realistically going to happen.

But this is something that would help many people’s leveling experience, in all future seasons and for casual players alike.

And what if you roll a Karlei’s Point at the start with not enough mats to roll another dagger?

A bit off topic and for that I apologize, but what if they took it a step further. For anyone who has leveled all classes to 70 you have the option to start the season at level 70 one time with your first character.

Just an option, but you would have to decline the chance at any speed achievements that might be available.

I think Leveling itself is a vital part of the “New Season Experience”, and I’m not suggesting we change a core design of the game/content like that.

But DH could drastically benefit from some sort of improvement to the early/mid leveling game, and this seems like a freebie that won’t necessarily “Fix” the experience entirely; but could make it significantly less painful and more enjoyable.

Totally agree. It’s my favorite part of the new season.

Technically it’s actually Ray of Frost a level 2. It’s a small AoE, but it does hit for a 5 yard area around the enemy it hits.

And Arcane Orb is actually a pretty mediocre levelling skill. You’d really only use it if you get an Unstable Scepter. That can drop at level 9, and there’s not a lot in the loot pool at that point so it possible to get one early on, but there’s no reliable way to target one (if you upgrade a level 70 yellow wand it’s only a 1 in 9.75 for Unstable Scepter, and 4.75/9.75 for anything useful). More often than not, I don’t end up getting one early.

Wizard levelling doesn’t really pick up until level 21/22 when you unlock Disintegrate/Teleport. Disintegrate is where it’s at for wizard levelling. The first 20 levels on wizard go kinda slow, then after that it’s buttery smooth.

Wizard still has it WAY better than DH. I agree that DH levelling is probably the worst class experiences for early season levelling.

I know this number well, because it’s also the probability of gambling an Etched Sigil on a wizard with 475 shards at level 33. I start every season on wizard, and pretty much every season I gamble sources at level 33 trying for Etched Sigil (only two sources at level 33, one of which is good and one of which is garbage, same as your proposed level 11 Ninth Cirri Satchel). There’s a decent number of seasons where I get it and it’s awesome, but also a decent number of seasons where I strike out.

You’d have the exact same problem with Ninth Cirri Satchel at level 11. If you don’t get it, you’re still stuck.

Sure, it’d help. But it won’t fully solve the problem.

Best idea I read in a while for DHs, to make their leveling not as dreadful.

I’m not disagreeing; Disintegrate is great. But I would say that Orb is very serviceable until you unlock Disintegrate. Nothing that a DH has access to while leveling comes anywhere near Orb, let alone Disintegrate.

I absolutely agree! This is, at best, an attempt to get a very small bandaid applied rapidly. But it’s a very practical and low-risk bandaid with minimal effort required to make it a reality. I’m focusing on what’s realistic, rather than what would be ideal.

If we could get a few other minor tweaks, such as changing the drop level of Fletcher’s Pride so there was no gambling conflict, that would be very welcome too of course; but I assume that asking for a single, easy, low-risk change is more likely to actually be achieved than by asking for too many, or too complex, changes.

It’s not going to Solve the problem…but it would absolutely Reduce it. As we go into Season 21, with massive amounts of players looking at DH as a starter, what better time to at least do something to make the experience more fun and less painful.

I’d actually make a case for lowering the level req of Leonine and Emeimei’s if you’re shooting for a more AoE friendly style. Though, I always tend to hope for a Spines drop so I can just spam Chakram when leveling.

I’d actually make a case for lowering the level req of Leonine and Emeimei’s if you’re shooting for a more AoE friendly style.

I understand how that might be the intuitive answer, since on its surface Bolas is an AoE ability, but I don’t believe it would be nearly as effective for aiding in DH leveling as The Ninth Cirri Satchel for a variety of reasons.

Unless the Bolas damage on both items were literally tripled when they go live, they still wouldn’t be improvements for leveling. And Leonine, on virtue of being a Weapon, will never be a practical solution to this early leveling problem.

With Cirri’s addition of guaranteed to pierce, Hungering Arrow effectively gains AoE damage, and combined with the higher skill damage increase, it is the simplest and best fit for the immense gap in DH’s leveling toolset.

If Emimei’s modifier was 700% or more, it would be a much more compelling comparison…although I suspect Cirri’s and Hungering Arrow would probably still be preferred, for their adaptability to a multitude of situations. (Plus the Shatter rune at level 26).

Thanks for joining in the discussion! It’s great to consider alternatives.


Reduce the Level Requirement of The Ninth Cirri Satchel to 11.

100% behind this! DH definitely needs some kind of multiplier to make the levelling process more enjoyable.

A weapon is not and option, but a quiver definitely is! Please make this happen.

all you need is a friend with a necro

jk, wizard and dh both have a really hard time leveling. And ive started several seasons with a dh and ALWAYS got karleis point, which even tends to slow you down while leveling since it tricks you into playing way too high difficulties.

Need some buff DH & Crusader for LVup. they are terribly weak in early game.

all you need is a friend with a necro

I know you say it jokingly, but the sad reality is this truly isn’t far from the truth!

Necro is definitely an outlier in the opposite direction, with how immensely powerful they are at leveling. But all the same, DH truly is dead weight in any leveling party (except T6 Cleaver groups…but that’s a very big except, and not worth considering).

Reducing the Level Requirement of The Ninth Cirri Satchel would still not bring DH leveling power to parity with other classes, and especially not Necro.

But it would at least allow you to kill things on higher difficulty than Hard, make leveling solo significantly less frustrating, and dramatically improve contributions to group damage (even if it’s just picking off stragglers while your party members kill the majority of monsters).

In the off chance that anyone at Blizz sees this and considers making any changes, I just want to repeat that there are definitely better solutions to alleviating DH’s leveling issues. And we’d welcome any/all of them. But I suggest the Level Requirement reduction of The Ninth Cirri Satchel because it is such an easy thing to do, and the benefit:cost ratio would be tremendous. Especially since this patch is focusing on improvements for DHs, and this upcoming season will be very popular for DHs in general.

A “true” fix would require the re-tuning of skill acquisition, skill runes, or base damage…and I fully understand that such an undertaking is almost certainly not likely at this point in the game’s development.

Additional “easy” things to do that would further help, in addition to reducing the Level Requirement of The Ninth Cirri Satchel:

But please, at the bare minimum Reduce the Level Requirement of The Ninth Cirri Satchel

Yeah this is a really good idea. The leveling process on DH causes me physical pain. Simple fix that would aid that somewhat without breaking anything.

That being said, maybe the devs could look at the average times to get to 70 solo by class (mean, median etc. etc.) and also the time to get the Haedrig’s gift etc. and make some tweaks to even things out.

My personal feeling is that WD, Necro and Barb levelling is smooth and fast. DH and Wiz are the worst and the other classes are somewhere in between. My ranking from smoothest to worst would be:

But so that we don’t deviate from the point of this thread:

Reduce the Level Requirement of The Ninth Cirri Satchel

While this feedback was raised last PTR season (S21), the issue still remains, and is as easy to fix as ever.

DH Leveling is significantly behind the pack. A very simple change to the level requirement of The Ninth Cirri Satchel would drastically improve the balance of leveling power, speed, and player enjoyment in future seasons.

Reduce the Level Requirement of The Ninth Cirri Satchel. 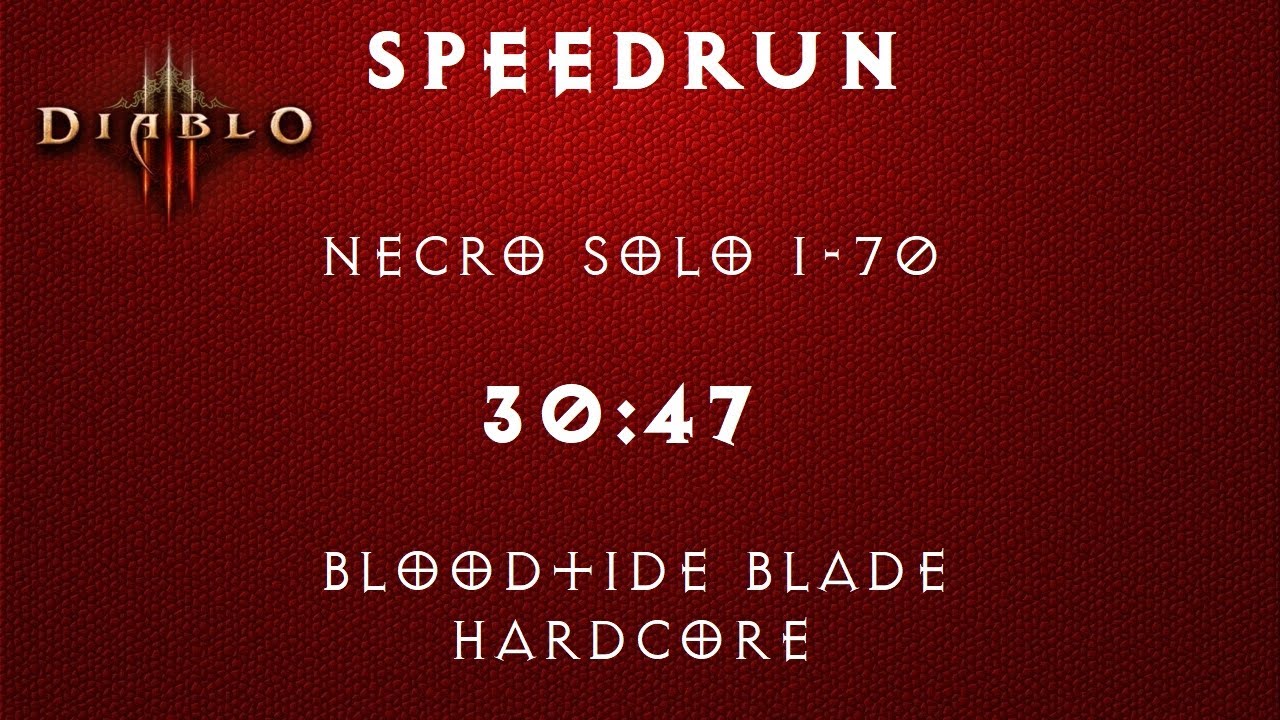