I just don’t think they chose that for the pheonix itself but rather as a counter to the Blood Elves themselves.

Maybe because of Alleria who is nostalgic for her old Thalassian kingdom.

I’m just hoping there isn’t some “ping system” when quoting the CMs.

Lann’s daily quoting of her is on “text me back” levels.

I know there is over 300+ post from Lann in this thread alone. Wouldn’t surprise me if most of those replies were to Linxy

Lann’s daily quoting of her is on “text me back” levels.

Is that something you’re speaking on from experience or? I can’t relate personally but interesting.

Anyways going through your post history in the thread you’ve quoted Linxy quite often yourself, of which I didn’t know wasn’t the point were literally all here for.

give this a god damn rest

It’s always interesting to me how for all the talk of antis telling others to not request things no anti I’ve seen ever does, just that their request is in direct conflict with the opposing request. Now I have seen a great deal of trying to get antis to stop requesting things, though I can’t imagine trying to shame people for trying to get blizzards attention or to just out right tell to to give it a rest, a bit ironic imo

On that note exclusive Farstrider Tattoos for Blood Elves

Void Elf Customization Thread (For the Void Aspect) [image] This thread is for those who want to talk about the Void aspect of Void Elves and the customizations they’d like to see with them. I know, high elves and all that, while some of these options in my list below are possibly going to apply to high elf customization, they are still on the list for their application to the void theme of Void Elves. On the topic of High Elves congratulations t…

EDIT: Oh and Kelfin and Sethrak as Horde and Alliance Allied Races respectively, thanks.
EDIT2: And Arakkoa, Ethereals and Saberon as Allied Races too! Many thanks!

What has three fingers and wants troll beard

Probably be awhile before we see any of these of course. Now that 9.1.5 is wrapping up. Still I hope blizzard hears Void Elf fans among the many others here as well. (That includes the many who asked for options for Core Races during this chance to give Blizz our requests more directly.)

And Highborne customizations (including tattoos) for Night Elves as well please:

I think thats a little more than I’m personally looking for for the Shen’dralar. Neat stuff though.

My hope is to see a few more items added rather than a whole suite and more simplistic to reflect that they are more humble compared to other highborne groups. They spent ten thousand years in decline and lost their home only to rejoin their people in Cata.

But for me it’d just be some more items using current Night Elf design concepts with a few nods to Shen’dralar. A tattoo like the males got (and I guess a face marking for females until they make tattoos both genders and such) that is a bit more arcane like rather than nature like, a few peices of jewelry not unlike the gemmed pendant (for both male and female) that is a bit more glowy on the gem as if its arcane, and two eye colors to help represent them purple and green. (Though the Green is really just to give a second reason for Malfurions Green to be added…)

I feel like I rambled… TL:DR; happy for when we get more Void Elf options such as tattoos, want something more restrained for Shen’dralar for Night Elves but otherwise nice stuff you’ve shown. lol

EDIT: Oh and Kelfin and Sethrak as Horde and Alliance Allied Races respectively, thanks.
EDIT2: And Arakkoa, Ethereals and Saberon as Allied Races too! Many thanks!

I see no issues with either of these edits. lol

(Though I always thought Kelfin would be paired with Ankoan.)

What has three fingers and wants troll beard 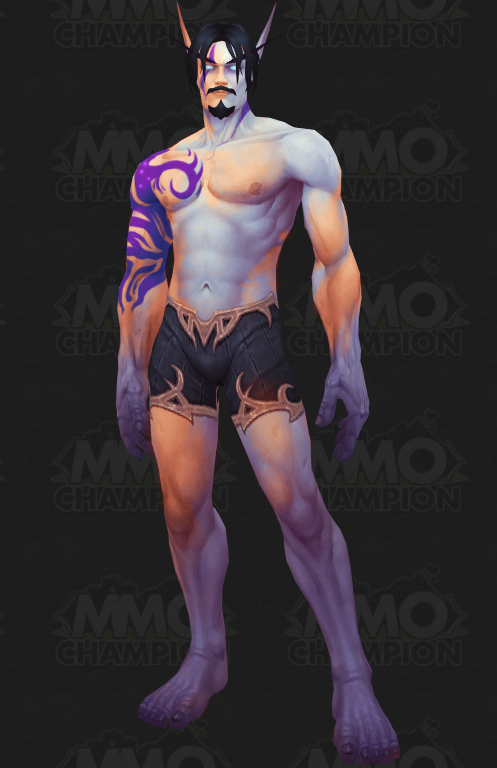 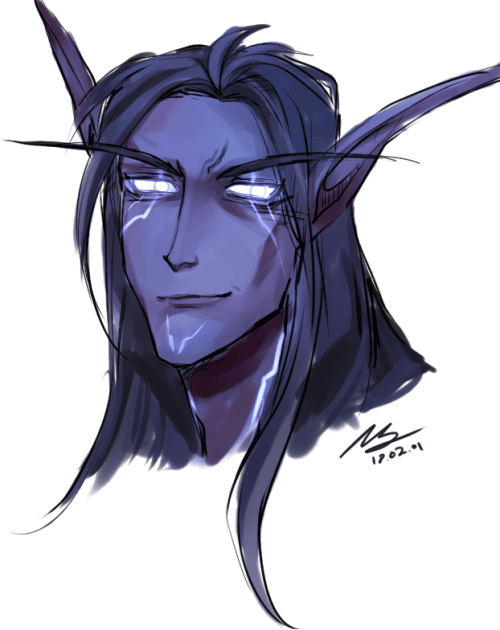 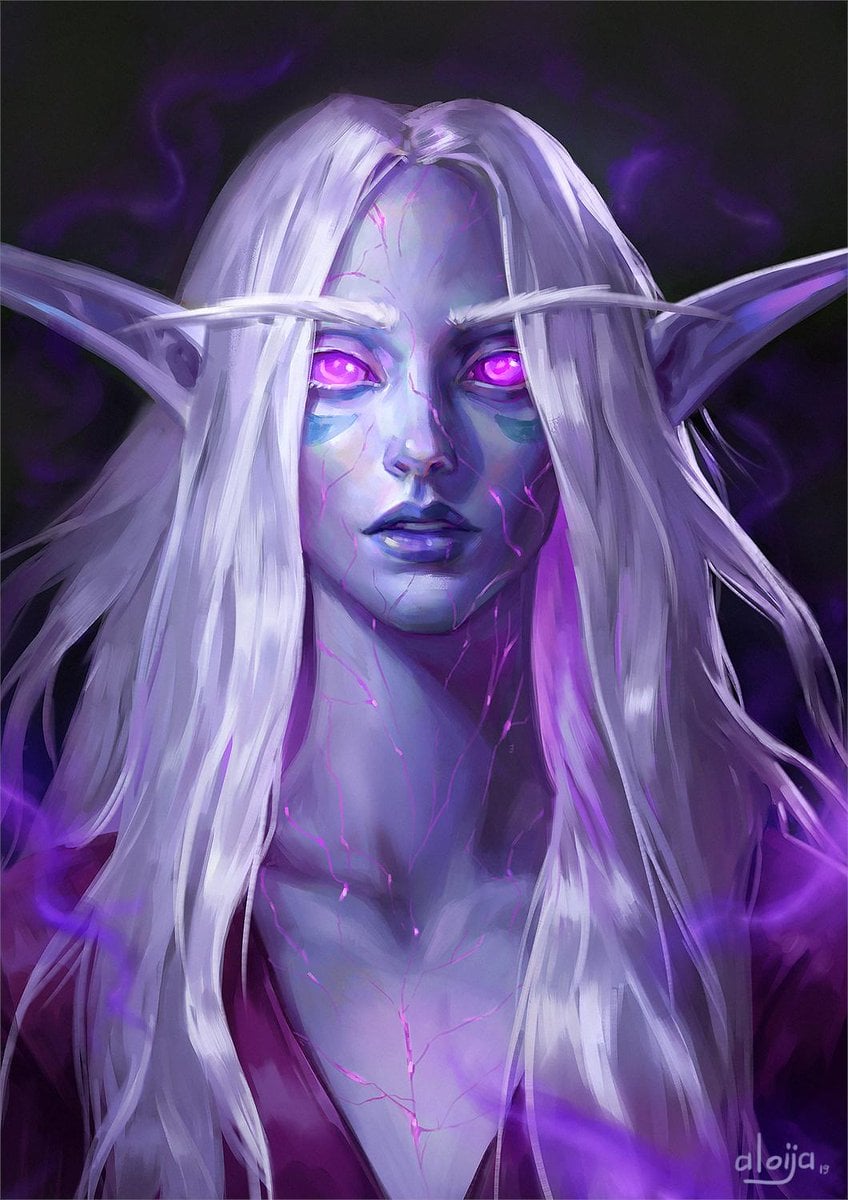 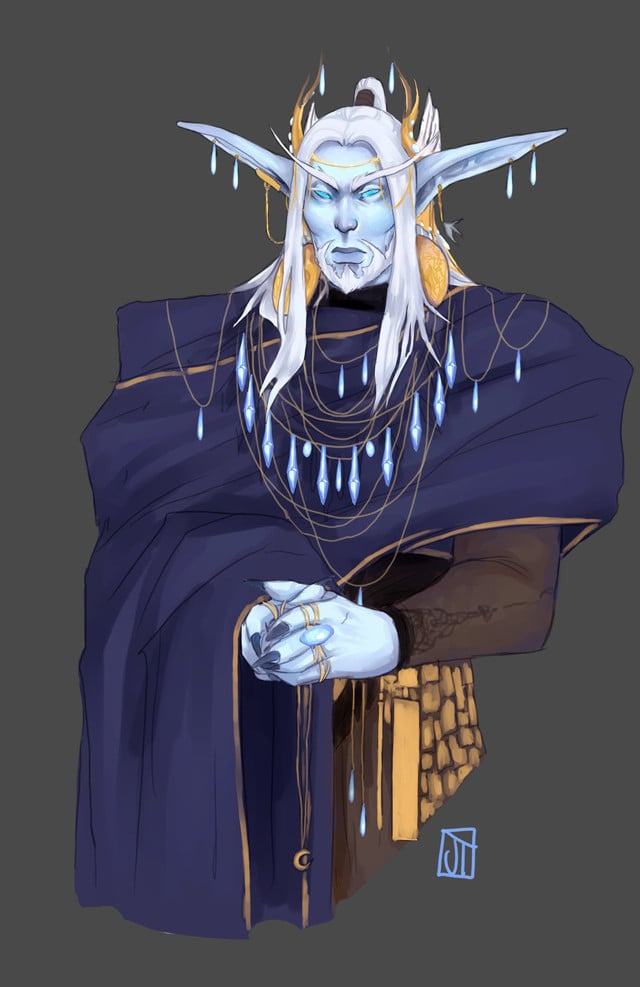 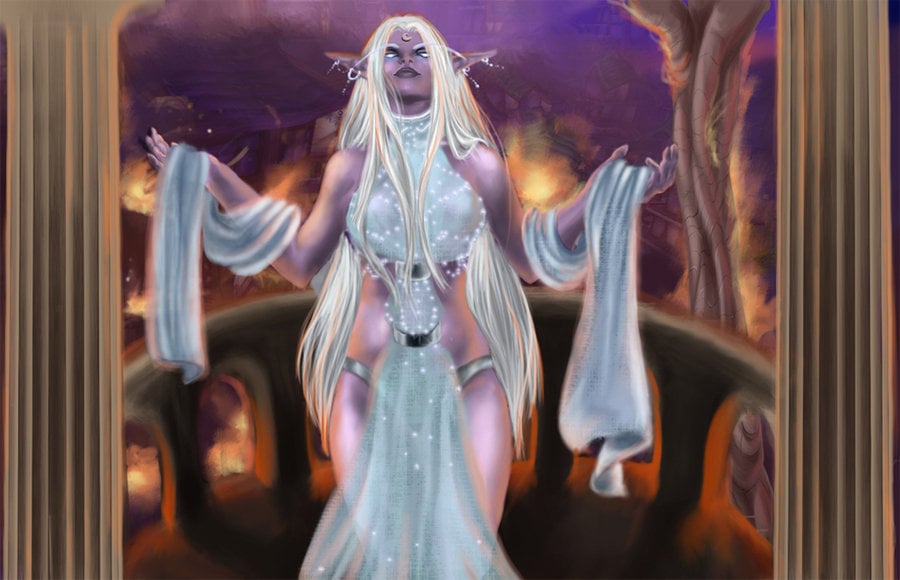 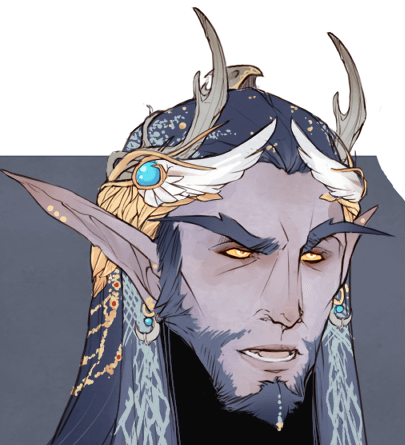 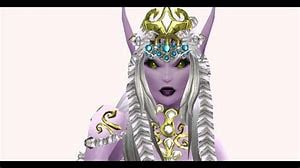 I made a thread dedicated to Nightborne customization. Feel free to participate. Or don’t.

The purpose of this thread is to discuss the customization and model changes you’d like to see for the Nightborne in the future. Since the Nightborne’s release, players have been unanimous in requesting more youthful faces and hairstyles with fuller, appropriately youthful hairlines. The majority of the additions added in 9.1.5 are not aligned with that request. To compound the issue, many of the customization options they added in 9.1.5 feature poor quality texture work, lack a sense of refine…

That Highborne stuff is amazing!

I really hope Blizzard concentrates more on that aesthetic in the next Night Elf customization pass.

Hopefully they move to other options for Night Elves. A few elves living in a cave in squalor and like animals returning to NE society isn’t qualification for options that should go and are better represented by the Nightborne.

Hopefully they move to other options for Night Elves

They could start by giving them options that aren’t so…on the nose. I mean, leaves and vines in the hair, really? Then, the developers had the audacity to give Night Elves the option for burn marks on their face called “Teldrassil.”

Opening up their jewelry that’s already there and tattoos to both guys and girls, + face updates.

That sort of thing, is it weird when you said not on the nose I thought leaves down the arms would be interesting or some kind of vine design

Is that something you’re speaking on from experience or? I can’t relate personally but interesting.

No, it’s simply a well-known meme.

Anyways going through your post history in the thread you’ve quoted Linxy quite often yourself, of which I didn’t know wasn’t the point were literally all here for.

How much is “quite often”

I’m up at 15 ish times calling attention to Linxy throughout this thread.

Your and Lann’s talk made me curious how many I’d done.

Also the post I posted to linxy was restored after being flagged so this weird thing of “were allowed to do it but when you do it’s too much” is another odd conversation to me.

Idk how to check mine so easily, but mine are varied since some are just giving thanks and not asking for anything, other times do include suggestions.

And no one else quoting Linxy is near Lann’s level of same spammy message on the daily ad nauseum.

Also the post I posted to linxy was restored after being flagged so this weird thing of “were allowed to do it but when you do it’s too much” is another odd conversation to me.

I went back and searched for certain signal words. Most postings with “lost visual uniqueness” and “a second visual theme” in this topic are attributed to you the past days. This is likely why you get flagged. I actually thought too you’re using a constant copy paste here.

Well I’m glad this thread is for feedback and I find it important to repeat oneself in these large threads.

And as it happens despite the constant flagging the last few days my feed back isn’t removed, so hopefully the false flagging catches up with the parties involved.

In any case Blood Elves losing visual uniqueness while not receiving options to offset that is in extremely poor taste, and I hope that is quickly resolved before moving back to give void elves a third pass.

Also some of the NB stuff that need fixes Ellinia mentioned seem rather imperative too especially since no other race besides VEs has benefitted from two passes, if they could correct some of the issues that would be great.

I made a thread dedicated to Nightborne customization. Feel free to participate. Or don’t.

Doesn’t matter. Visual uniqueness was lost. Blood Elves should get a second visual theme. My posts are restored and the feedback valid.

Be sure to watch out for the people who say “Void Elves still need” “Void Elves didn’t get a pass” that comes up rather often too, I’ve never stopped to care other than to disagree with them or leave my own feed back though.