Why do you have a right to fast BG queues?

Can I expect to have the same access to wpvp objectives, meeting stones, quests, or farming spots? Things should be fair right?

As soon as we saw Battleground queue times go way up a few weeks ago, we got to work on our options for addressing the situation.

I like how they don’t include the faction like it was an Alliance issue as well so it “benefits everyone.”

Where was this enthusiasm from Blizzard back in Classic Vanilla to create solutions towards imbalanced servers and balance in general, if they focused on that more we wouldn’t have this issue.

This is a problem that should have been addressed early in Classic. Server/Faction health is important to the experience, and the approach was hands off — maybe worse, if you factor in transfers and boosts (the worse off the situation becomes, the more likely people are to turn to store purchases to find greener pastures).

The integrity of TBCC as a “museum piece” is already gone, so introducing hard Alliance incentives seems like the logical choice here. Instituting solutions that make the population imbalances actively worse is laughable, but I probably shouldn’t be surprised at this point.

it about a right to NOT have 1 hour queues which is just completely unplayable if you want to pvp.

Take a step back. I can’t find a group to run Deadmines on my alt. That content is locked from me.

There are many words one might use to describe this: inconvenient; disappponting; etc. But a “problem”? No. Because other people choosing how to spend their time online differently than me is not a “problem” and does not require a “solution”.

Where was this enthusiasm from Blizzard back in Classic Vanilla to create solutions towards imbalanced servers and balance in general, if they focused on that more we wouldn’t have this issue. 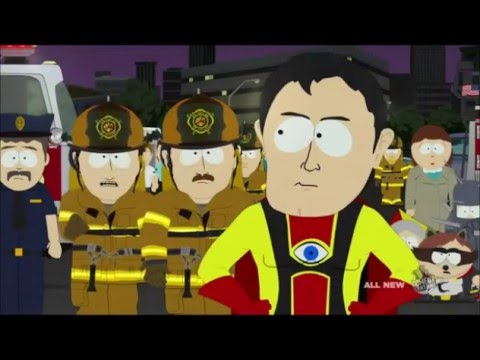 As soon as we saw Battleground queue times go way up a few weeks ago, we got to work on our options for addressing the situation.

OP, tell me why Blizzard would say this if they didn’t players had the “right” to fast BG queues.

That is an interesting perspective. I could argue that they only started looking into it because so many people were complaining but it would be mere speculation.

Que times for BG’s is not a consideration for faction choice.

That sounds like something a non sensical player would say.

Hahah maybe, but picking the faction that will lose the lion’s share of matches for worthless gear is something I don’t quite understand. I’m only going to raid, so alliance is a perfectly fine choice. If I wanted to win BG’s, I’d have picked horde. They’ve been better since day one.

Why do you think the LFR thing came out? Uh, because instant raids……

How I wish that was true. Y’haven’t read any of the “whirgle add dual spec” threads, I see.

Admit you just enjoyed others being unable to play the game out of spite. Disgusting.

No, because that’s not it.

As it stands I can’t play WSG/AB/EotS on my horde because I so strongly feel that the horde vs horde games are wrong that I won’t play them. I wanted to get 10 WSG marks but now I have to decide if I should go against my value system and play an abomination, afk out when figuring out it is horde vs horde, or just forget it until Tuesday. That is one of my problems. The second is that I did not want the faction balance on PVP servers further eroded.

Because other people choosing how to spend their time online differently than me is not a “problem” and does not require a “solution”.

It wasn’t an issue for me but if you scream loud enough about whatever, Blizzard will hear it and coddle you.

I am full bis cept for weapons from raids. I am aware rogue doesn’t need resil.
MY PARTNERS like Priest and Warlock get BLOWN up without resilience and they were unable to farm resil with ques taking longer than any other game. I’m glad your spite for others hasn’t won out in the end & we have a fix for the largest cause of pvp subscription loss.

we have a fix for the largest cause of pvp subscription loss.

Creating solutions for profit is not always the best solution long term.

I thought Cheat Death didn’t work without it.

Here’s a better question: Why does alliance think it deserves EXCLUSIVE access to instant ques? Now there is entitlement for you.

There are many words one might use to describe this: inconvenient; disappponting; etc. But a “problem”? No.

How can you argue 1 hour queue times are not a problem. People don’t pay 15 dollars a month to sit in hour long queues. You could get like 2 MAYBE 3 bgs in before you have to go to bed for work in the morning. You forget about the people that have lives outside the game that just want to do some bgs but can’t because they are literally locked by 1 HOUR queues. Alliance just doesn’t understand how you literally can’t play pvp with that kind of wait.

You need some, but it isn’t something you stack like most classes. You have initiative & can run away you aren’t hit the same way a stationary cloth wearer is. I have neck, belt, gloves maybe somethin else with the rest being pve. The arena point gear is much better & more worth stacking.

Serious question. Nobody thinks they have a right to quickly find Raid or Dungeon groups - why does this mentality flip when it comes to Battlegrounds?

you’re asking the wrong question, and here’s the answer to it- all players have the right to play the game in an enjoyable fashion. if not, they quit and take their money elsewhere.

since all these “sky is falling” posts crying about how overwhelming the horde numbers are (even though it’s only a 10% “disparity”), blizzard is a business looking to make money in the long run. if you was the ceo and ultimately responsible for incoming revenues and that quarterly margin, would you shun the “overwhelming” side just to keep those few on the other happy, and let them quit… especially when the “fix” honestly doesn’t affect the few? try being honest and use some common sense for once.

those saying it’s going to cause this massive swing in the remaining population are the same sky fallers about every other issue that in their mind rob them of some advantage they miraculously had, only for them to be pulled from the teat. there will be no mass exodus. if so many players leave, it’s because they were leaving anyways; one bg change didn’t do them in.

common sense, people. use it.

I’m glad your spite for others hasn’t won out in the end & we have a fix for the largest cause of pvp subscription loss.

It’s not spite, it’s ethics and caring about the game. I understand that these things aren’t important to you.

You probably came from retail too just for arenas. Everything good about the TBCC can burn. That’s the typical player with this attitude.