Who else is hoarding grays?

Anyone else stockpiling gray and white armor and weapons in preparation to transmog them? My poor overstuffed bags… banks… gbanks…

My new belfadin has hoarded the starting and leveling white quality paladin gear, plus the other white qual drops from the starting zones, but I haven’t bothered with grey quality stuff.

I’m guessing that since greys and whites don’t bind, there’s going to be a resale market for them on the AH? That would be kind of sweet, you could buy a gray, get the appearance, and resell it, theoretically collecting gray appearances at no cost and minimal effort.

I heard this as a rumor but was vendor trash actually confirmed to be getting added to the transmog catalogue in DF?

It’s confirmed and it might even occur before DF! (Although it does say “a lot” of white and gray items will be added to the transmog system… not a promise that every last white or gray will be added). 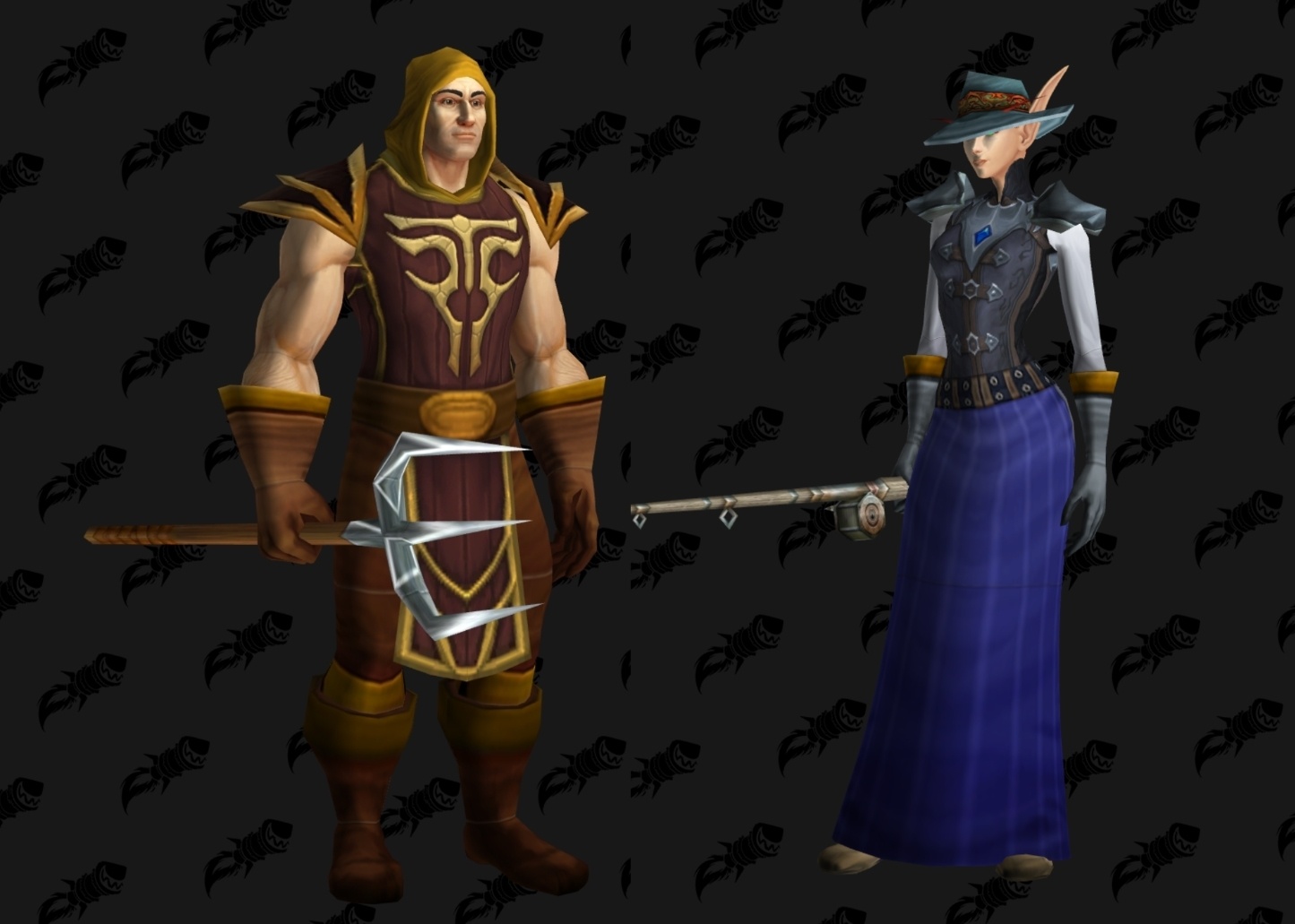 Gray and White Quality Transmog Options with or Before Dragonflight

Blizzard intends to add Gray and White quality items to the transmog system with or possibly even before the Dragonflight expansion, allowing players to create more humble fashioned outfits alongside the ornate.

I’ve been completing Grey sets now for a few years, (I’m a WoW Hoarder) and hold them on my Grey Set Banker, Rastis. It’s getting more expensive now to find the last few pieces in all the sets.

I have most now, though, and lots of grey weapons, many with funny flavour text. (Which I love!)

What is the best method to check to see which greys/whites are unique appearances (and thus not shared with greens or blues)?

I check the Wowhead “Same Model As” tab to find out whether an item has a shared appearance. It’s a lot of tabbing back and forth, and it’s also not always clear whether it’s an identical appearnace, because the “Same Model As” includes color variations, and style variations such as sleeveless and sleeved on an otherwise similar shirt. I guess the “model” applies to something technical about the code for the item because to me those variations are not the “same.”

I skimmed the pre-patch notes and I didn’t see transmogging whites and grays. Anyone know if this is coming in pre-patch or with the xpac? Or being pushed out to undetermined time? Is it still coming or been scrapped?

I was hoping it was coming with the pre-patch, really looking forward to going back through the game and collecting grey\white appearances. Hopefully this isn’t something that was forgotten or shoved under the rug. Doesn’t seem like there has been any word on it since April though :\

I will be salty as all heck if they forgot this. I’ve got 2 alts stuffed with them and am about to start a 3rd x.x

Just to do a bit of an update from a recent interview:

Michael from MMO Champion:
People wanted to know, are there still plans to add the ability to transmog white and gray quality items?

This is still something that we’d like to pursue. It requires a little bit of tech work, but it’s still on our list of future improvements we’d like to make for sure.

Leading up to the launch of Dragonflight, Wowhead participated in a group interview to discuss Dragonriding and end-game content with Associate Game Director Jeremy Feasel and Lead Software Engineer May Flores Garcia.

YEARS ago, I had a Panda warrior. I had a sweet looking two handed sword that was a quest reward in the starter zone. Of course, even though it was a white item, because it was a quest reward, it was soulbound, so I couldn’t move it from that character, and because it was in the panda staying zone, I couldn’t get any of my other characters there to do that quest themselves.

I don’t like pandaren, and that character was long ago deleted. When I found out about the possibility of Blizz adding white/grey items to the transmog list, I made another Panda warrior to obtain that sword, to find they are now having warriors start with an axe and shield. I hope Blizzard allows for the items they “used” to feature and them took away when they release white/grey appearances for transmog…

You just reminded me of the heartburn I went through with storing items in Void Storage before permanently learned transmog was a thing, and the armor class switch so every class started with and kept the same type of armor instead of upgrading at level 40.

I had my main’s Void Storage stuffed to be able to transmog those appearances (because initially you had to have the item in bank or inventory to transmog it, and there weren’t enough slots so they added Void Storage, which still wasn’t enough slots), and when it was announced that you would learn the appearance of green quality or higher pieces account-wide per armor class as soon as you equipped them, and could then delete the items, I went to my Void Storage and pulled everything out to vendor them. They were soulbound and I’d equipped them a long time ago, so I could get rid of them and be good to transmog them forever now, right? (No.)

And I’ve still got some Scarlet pieces and other mail pieces in my warrior’s Void Storage that are very, very sentimental, and in some cases irreplaceable. I can never transmog those specific pieces because Warriors became plate-only. I know there is a replica Scarlet set available, but it’s just not the same. I keep the items so I can play dress-up with the actual pieces, even if I can’t go to battle with the appearance.

So it sure would be nice to get all those earned white appearances… but with the complexity of the whole thing, I’m not counting on it. I know it’s complex and it’s not like they could just flip a piece of code and let us mog whites and grays, binding becomes an issue and all sorts of other stuff. I do hope we eventually get it though so I’m glad they gave an update.

I’m glad that i missed that initial bit of transmogging. (I took 4 years off between Mists and Legion) I know I felt very lucky that my favorite appearance fo my Orc hunter (scorpid armor set) was mail. (When I started playing, hunters wore leather from level 1-40.)

Transmog white/gray items is going live with patch 10.0.5 which ought to be tomorrow. We will have to equip them to collect the appearance and they will be BoE. Hooray! EDIT: well it wasn’t today. No precise date on 10.0.5, hopefully Soon™.