Velfs got their black and white

Oh I thought you meant in this thread. Apologies. I misunderstood. I was about to get mad if people were attacking others here. We’re all capable of disagreeing like adults I hope. I mean, we get passionate and grumpy, but attacking is not on my list of okay things to do here.

But what are you talking about, if in the Telogrus fault there are Helfs and Belfs that are part of that race, links:

Kinda interesting who is actually bringing up, its all about the race thing and purity issues, when it has always be put on the Alliance making about race and skin color in the past. They are actually all High Elves now in one form or another which we can represent on both sides, just have to deal with it now,

I wonder if people who will RP half elves feel like the kids in a divorce where Mommy and Daddy keep fighting and they don’t know where they stand.

They’re not “part of the race.” They’re scholars studying out there. Do you understand the difference between a Belf and Helf studying and a Velf?

They are actually all High Elves now

Think the ear shape was thrown in there for the Halflings community. There was a small group asking for those.

We will, I will enjoy it allot.

I think the point is that high elves do exist on the Alliance and those who study the void fall under that particular banner of thinking.

I think a High Elf that joins the Void Elves is a ‘Void Elf’. It’s less a race and more a name for that mentality. Blood Elves changed their name for a similar shift in thought and to honor their dead. There are obviously Void elves who are mutated, but there’s clearly High Elves who clearly fall under their banner as well.

Really good explanation on the matter, the banner has been planted to rally behind and makes sense. Plus you have two of the three sisters supporting the Alliance now.

I think a High Elf that joins the Void Elves is a ‘Void Elf’. It’s less a race and more a name for that mentality. Blood Elves changed their name for a similar shift in thought and to honor their dead. There are obviously Void elves who are mutated, but there’s clearly High Elves who clearly fall under their banner as well.

I like this mentality regarding it, but my problem right now is that, ‘Banner,’ is meaningless.

Blood Elf had a meaning. To be a Blood Elf was to honor those whom died in Quel’Thalas during the Third War. It is a banner to rally behind to rebuild the kingdom, to break the cultural shackles against unbridled ambition and to become the best/most powerful individual you can at any cost, for Quel’Thalas.

Being a Blood Elf is incredibly well defined.

Void Elf, as a banner, is not. All we know about them right now is they believe the Void can be used safely and responsibly. That’s it. It’s not much to go off of. Void magic was never anything Thalassian elves had ever been shown to have an interest in before. If a High Elf were to ask themselves why they’d want to identify as a Void Elf, what answer would they give? Does that tailor want to study the void? Does that Blacksmith think the void can be used responsibly?

This is the problem with the Ren’dorei in a nutshell. The lore barely exists and what does exist is too badly written to be worth squat. Blizzard really needs to flesh out the Void Elves to at least the same level as most other Allied Races.

Void elf is a banner because it’s the pursuit and study of the Void. It’s like saying ‘Priest’ isn’t a banner. And yes, it’s highly experimental, but all things are in it’s infancy. No one started using magic and said ‘this is safe’ because as we know, magic users tend to go off the reservation and start diving into Warlock and Necromancy things as well as they become addicted to power.

It’s someone who has dedicated themselves to the idea the Void can harnessed and used for good, as well as the study and experimentation to further make the Void usable in a way that is not going to make everyone go insane or be consumed by it. Whether that will work or not is is irrelevant because it’s the entire creedo of the organization.

A high elf would be just someone who continues to remain ‘I’m loyal to the alliance and don’t need to touch anything the Blood Elves or even the Void Elves touch’. Elf Classic. The Vanilla flavor of Elf.

They’re not “part of the race.” They’re scholars studying out there. Do you understand the difference between a Belf and Helf studying and a Velf?

But who establishes that? If Blizzard gave him all those kinds of cosmetics, it is because it is justified by what those members can be chosen as characters.

The lore is written by the company, not you or your interpretation. The same happened with the Nightborne union, the company established that they would be hordes when we all thought they were going to be neutral.

At some point the lore extends and explains why the Velfs can be Helfs or Belfs, you just have to be patient.

PS: And do not get mad, we are adults, I understand that it may upset you that the Helfsfans are winning, but it is only a video game, after all they are a few pixels on a screen nothing of the other world.

But who establishes that?

… the fact that Velfs are literally infused with Void down to their DNA, making them their own race.

People keep ignoring the blatant facts here to go on some political rant to twist this whole thing so you can RP.

No… eventually, the lore should explain how those scholars figured out how to make more Velfs from those that want to be Velfs.

And do not get mad, we are adults

Literally just had this discussion above.

I was about to get mad if people were attacking others here. We’re all capable of disagreeing like adults I hope. I mean, we get passionate and grumpy, but attacking is not on my list of okay things to do here.

It is that we reached the same conclusion, nothing is written yet, which both parties are right, the one that says that a Velfs cannot be Helfs / Belfs, and the one that says that a Velfs can be helfs / belfs, until Blizzard does not clarify everything about this Race / Society / Group / Cult / etc. We cannot stipulate anything, everything remains in simple speculation of people who want to be something, and of people who do not want these people to be that something.

Or a High Elf.

The Developers themselves stated the new customizations were to allow for that. 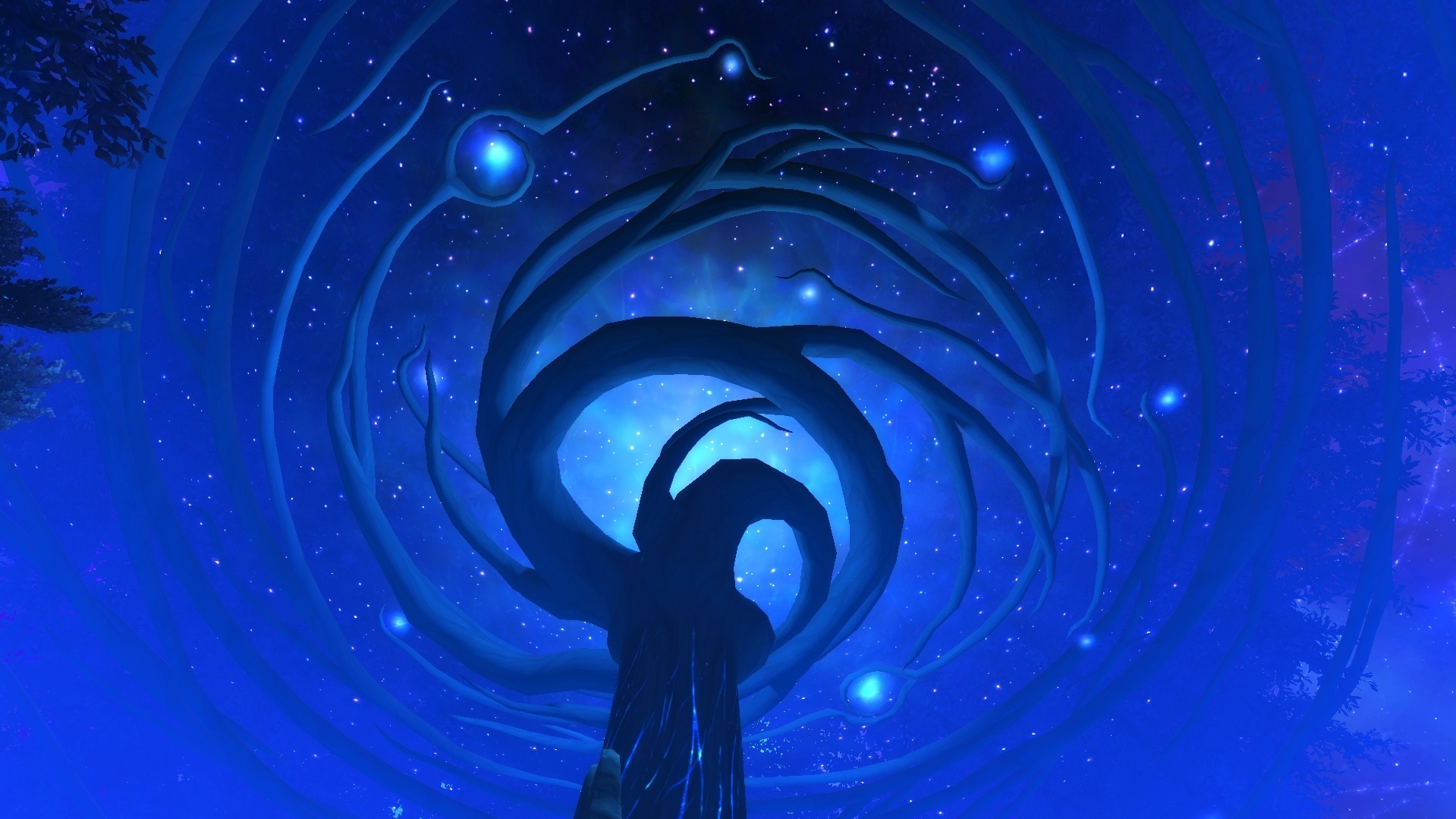 Wowhead interviewed Art Director Ely Cannon about Shadowlands! We learned about the process behind creating the distinctive Shadowlands zones and covenant armor sets, as well as received insights on the revamped Mail Ardenweald set, customization...

This is another place where there was a race, High Elves, in the game which hadn’t really been represented on player characters. Blood Elves were the closest, but had felt green eyes. It was an opportunity where we had a number of elven races, and we could tie it back to their roots, letting players choose where they want to align and what fantasy to play out. We did have a lot of discussion about it, ultimately we might do more in the future, but for now we’re providing the option to have a few High Elf customizations available.

Imagine being a sad forum police.

thats all their lil forum clique does

If someone attacks people for how they make their character look in a game they need to step back and reevaluate their life and the choices that have led them to that.

Thats all ppl do here on forums the past few weeks esp since now were getting hair colors they cant stand it . 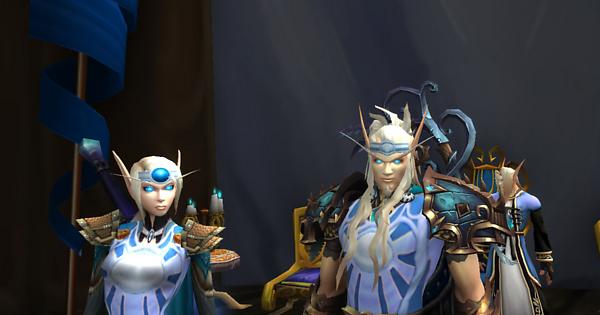 The Alliance Quest Giver at the Argent Tournament and my toon on the ptr side by side.