They can create any lore they want to, just like they did to have the gold eyes.

Within an acceptable scenario yes, not because players want every customization option under the sun.

If you want red eyes and are ok with having those red eyes be attached to San’layn and Dark ranger customizations that stray from “Blood Elf”, then by all means, you’re allowed them.

But the last thing anyone should be wanting is for Blizzard to break lore to add customization options every which way, it ruins lore and the story integrity of the game.

Then those players don’t have to use those options. They are options for a reason.

Blizzard can create new lore. Like having the San’layn join the Horde, but not tell anyone on the Horde that. Only showing it to the Alliance.

Blood DK’s should have red eye option as well.

There’s a thread from a blue about BE & VE customizations coming in SL’s.

All BE’s are getting the blue eyes, skin colour changes too so red eyes are probably not too far off.

Yeah I saw. I also saw that red and purple eyes are in our dressing room, but only for NPCs. So all they’d need to do is free that up for playable characters.

I think it’ll happen. They’ll want to keep people staying & playing and get more to come as well so I think we’ll get that plus I think they’ll eventually open up all the classes to all the races.

They’ll be good changes but it’s also a sign that the game may be struggling.

I really hope SL’s is a great expac. WoW needs that right now more than ever.

I’d seriously pay to race change my disc priest from Panda to Belf if they give purple eyes. 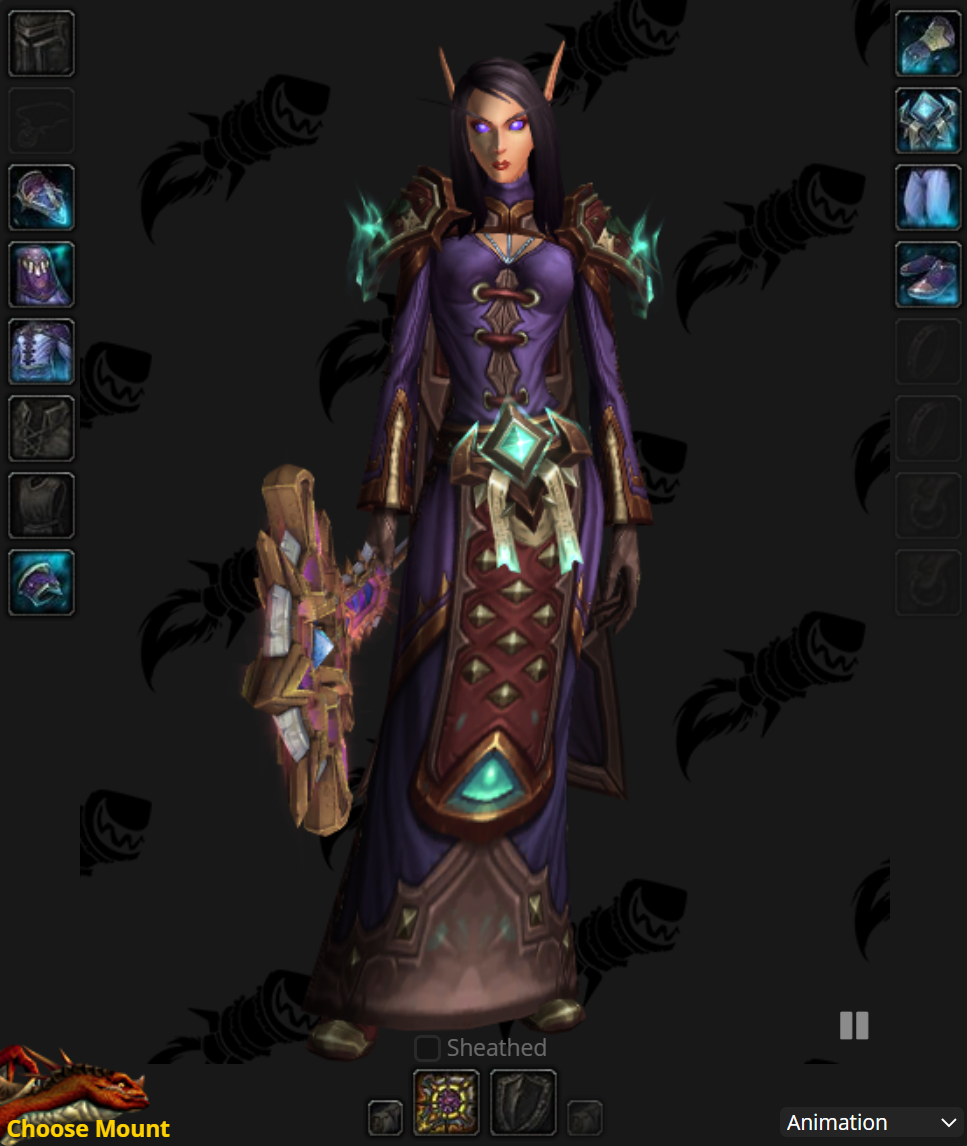 My mage and warrior would look great with the red. Mage would be all ready to join the Venthyr. 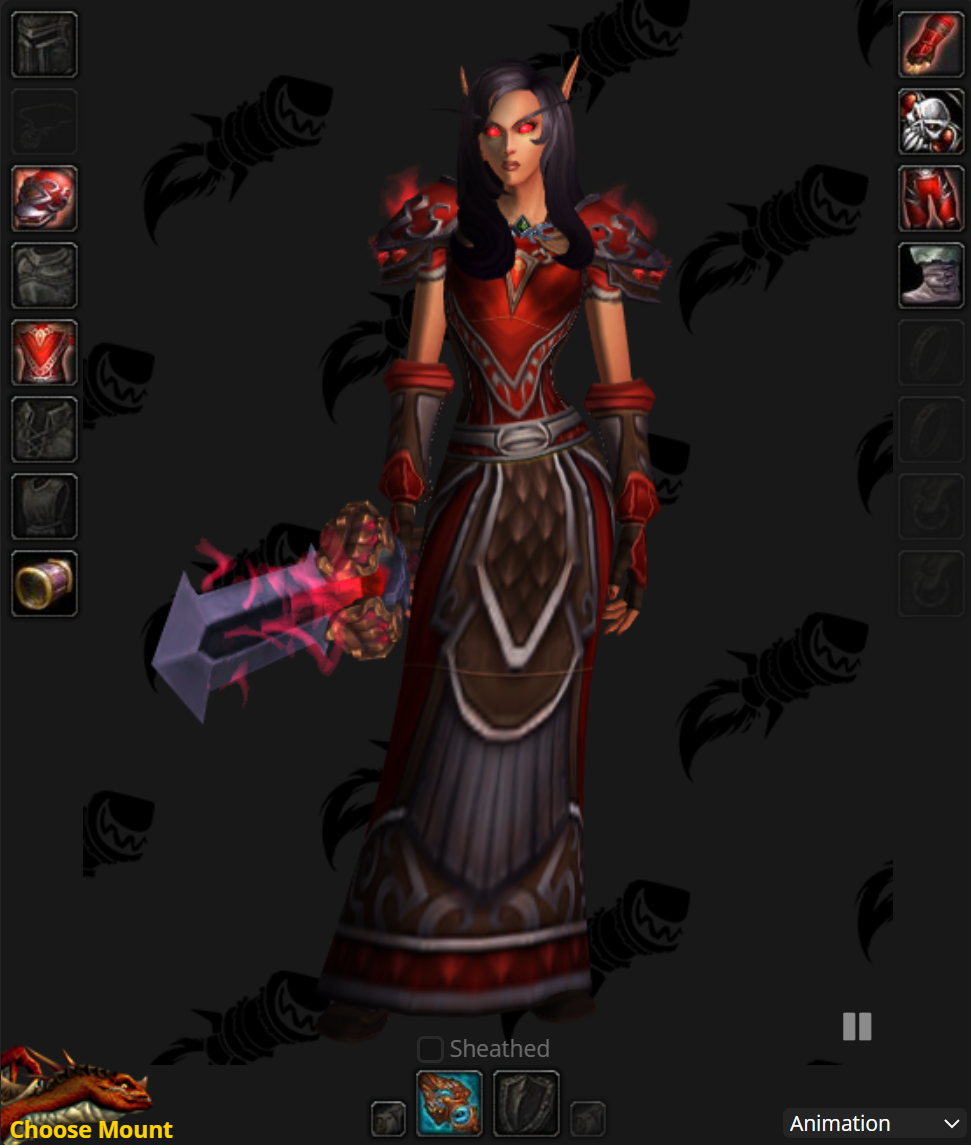 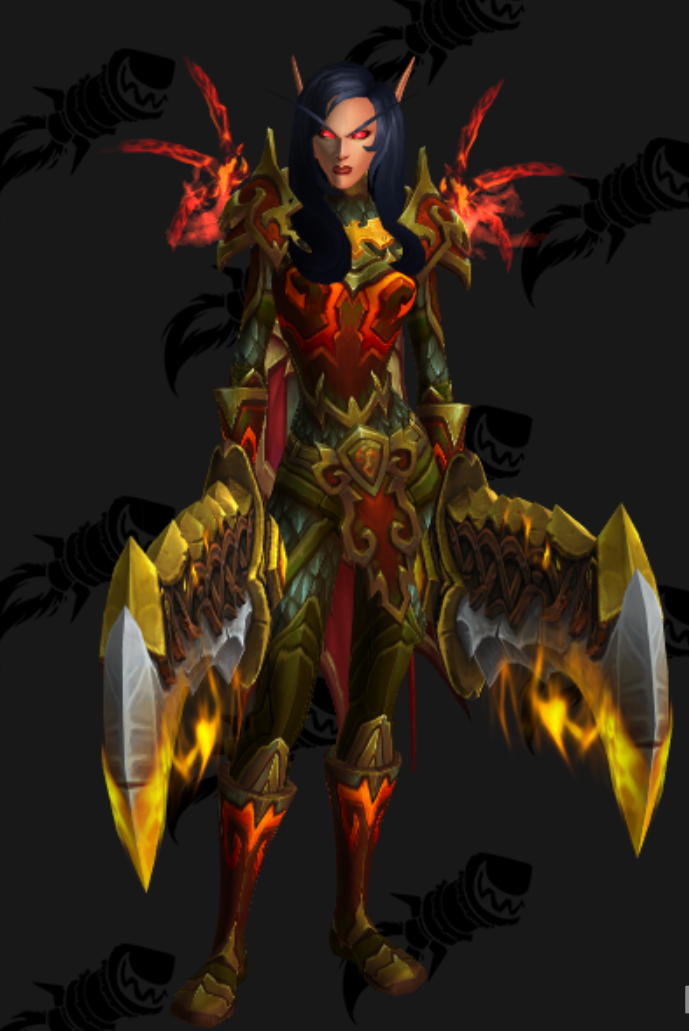 How strangely out of character for you.

Stiven ends up being correct.

You are late; Ion already confirmed no blue eyes for them ever, in regard to that.

It would “make them high elves”, so is not happening.

Void elves can get any color, since they will never look like “Npc high elves.”

Interesting how they changed their minds. I am looking forward to the q&a to find out their mindset on it.

IDC about the eyes at all, but I’m kind of miffed about the skin from a logistic point of view. Doesn’t really make sense since they’re supposed to be void-tainted, right?

How do you mean? Alleria has normal skintone.

Yes, she is a void elf. If anything, the devs giving players normal skintones proves their lack of intent to differentiate her from Void Elves, since that’s what so many people leaned on in the first place.

Looks more like arcane/fell than the old, pure arcane blue. I love the options though, and finally some facial hair.

From the lore I’ve read, she’s more of a high elf ranger that uses/mastered void magic. The Ren’dorei were straight up poisoned with the void against their will.

But c’mon, my opinion isn’t going to change anything anyway lol. I just like lore stuff.

They just have different backgrounds on how they became infused with the Void is all. Alleria not being a Void Elf is an interpretation, but it’s too much of an unhinging from logic for me to ascribe to. Interesting to think about though.

The first batch of Void Elves with Umbric’s group got blueberried against their will, but we’ve since been told that they are looking into ways to create more Void Elves. They’re attempting to master the Void just the same. I think the story is finally going to catch up to what’s been sprinkled throughout what little Void Elf story we’ve got thus far and that makes me happy!

Elves (both blue eyed and green) are in Telogrus Rift.

The Void Elf intro doesn’t speak of strictly being the result of an accident, it speaks of learning to Master the Void.

We’re being given “normal” skintones.

We’ve had a dev statement telling us that they’re going to find a way to create more Void Elves.

It isn’t just that initial crazy crack squad in their origins questline, it’s an intentional attempt to master the Void which seemed obvious to some but other people have struggled to connect those dots.

Haha while I was waiting for you to reply, I thought about the ‘mastering the void’ possibility too! It fits well, kind of like how Worgens have their alternate form.

This whole thing is a crap shoot either way though. I get it from a Horde POV-This is my main since BC so I love the individuality of it having been the first “pretty” race for Horde.
BUUUUUT if it’s logical for Alliance to have the skin tones/model I can’t really pitch a big stink y’know?

I think personal customization and pleasure of how my personal avatar preferences look, trumps lore ect ect
IMO at this point let ppl customize their characters how they wish
the flood gates have been opened