Testing the waters Horde side

Testing the waters Horde side.

Looking to possibly migrate some toons and perhaps get back into the casual RP scene. Have kind of had to go to a casual status due to Job and life balance. So raiding and M+ won’t be any kind of interest for me. I do like the occasional BG.

Realize Moon Guard is mostly Alliance. That doesn’t bother me but wanted to test the waters Horde side to see if it is a possibility.

Really have time for just one main and a couple of alts and am looking at Wow as more of a social time killer etc.

Forsaken Warlock – First toon on WOW back in Vanilla. Really the only one I ever did any extensive RP. Slightly grim-dark (but not overkill) … Cuz undead … and demons!

Forsaken Priest – Holy/Shadow … Cuz who doesn’t like dichotomy. Started this one in WOLK and was my first healer toon also dabbling in the dark side of the force

Goblin Shaman – Cuz … Goblins! Enhancement/Resto. Dabbling in melee with healing on the side.

Kind of RP activity I would be interested in:

Mainly casual RP. But if something clicks, who knows :P.

Back in the early days I was involved in ‘semi serious’ RP (touch of grim-dark but not too emo).

However, I also had a stint in a “no holds barred – parody heavy RP guild”. This was actually pretty fun and were primarily battle grounds focused (back when you earned ranks). Kind of “Kelly’s Heroes” meets “Big Trouble in Little China” … during happy hour.

Picture “waking up mostly naked in old-school Alterac Valley with a hangover events (only party clothes and silly hats)”. Every time you took an objective you ‘found’ another piece of your gear and could equip it.

“I knew that dwarf stole my staff, but what the hell was that gnome doing with my leggings of concentrated darkness”.

Unfortunately you can’t do that kind of BG event anymore as its just rush to the end. AV bgs used to last a while and gear disparity wasn’t as much of an instant death sentence in these situations (especially for casters) back then. I miss having to summon Lok etc.

But I wax rhapsodic here. I’d be happy with just a good bunch of folks to kill time with

First and foremost, welcome to MG! With RP guilds there are many options to pick from on the Horde. Contrary to popular misconception the Horde RP community is active, and interestingly growing.

There are a wide variety of rp guilds on the server that could meet your needs: Undercity Nexus (forsaken only rp guild), Argent Advance (Argent Cruasade), War Wolves (broad Horde military, old school in vibe), Flashbang (goblin rp), and more. There are options, it is just a matter of what kind of rp are you looking for.

There are a variety of active Horde RP guilds recruiting on these forums which may better help you better refine your search.

For perspective, here is a Forsaken lead RP march of just the Horde heading to a cross-faction summit from April this year. 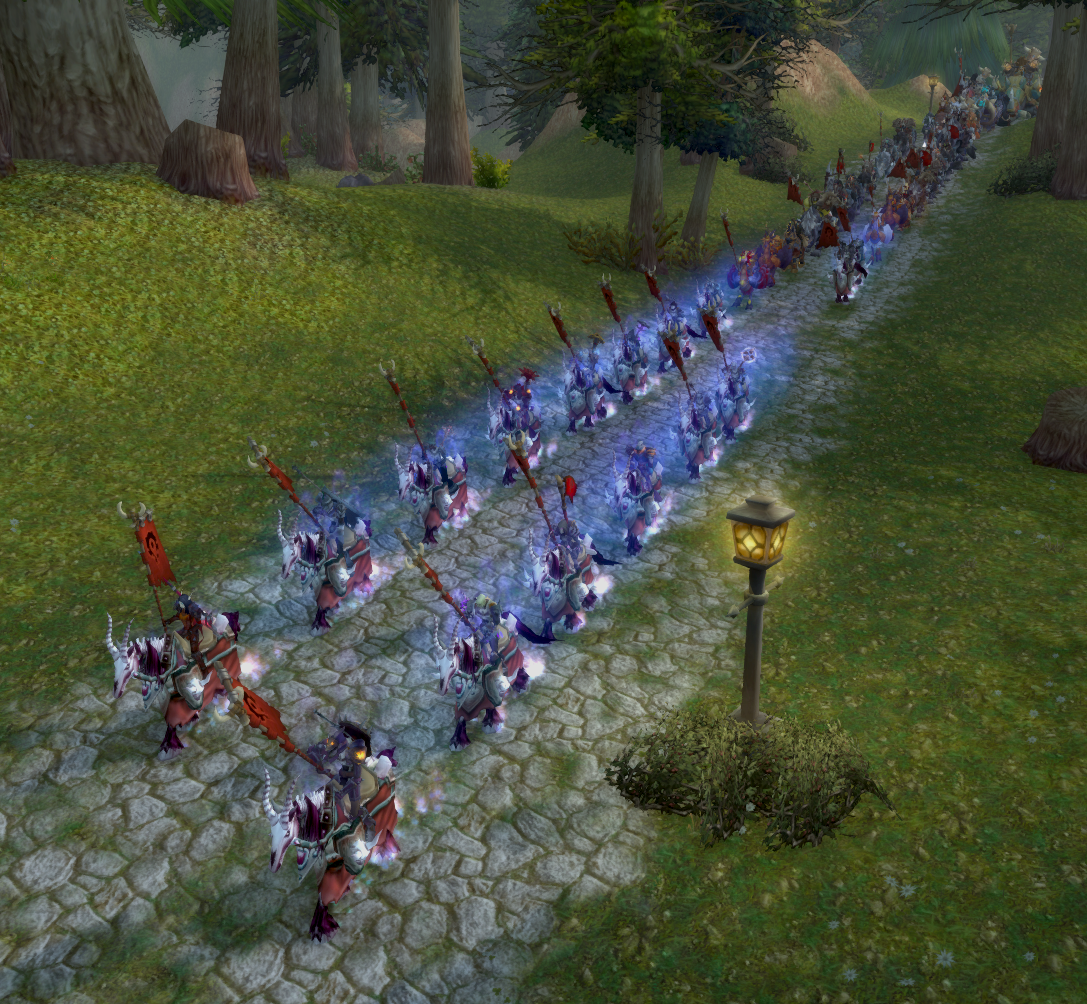 Welcome to MG! The Horde side has picked up a lot recently and seems be growing. Lots of guilds around to choose from.

I think you’ll easily find what you’re looking for, too. Most Horde players i’ve run into have been super friendly.

Some of my guildies and I moved over here a few weeks ago. We don’t regret it. Both factions have been welcoming and there’s a strong want for neutral run events.

Public Statement from Flywheel Mahoney (RP Hook) Look pal, I know what ya thinking. What's the big deal about a few of Gallywix's goons shacking up in Orgrimmar? All them goblins want is moolah, moolah, moolah. Let me tell you something, before you go off crying to your mamma. It ain't true. Well, most of it isn't. See, thing is, we're here to trade. That's right. I, Flywheel Mahoney, and my fine crew from <Flashbang Exports> have got the goods, and you know you want them. What? Don't go givi…

Both of these guilds are great. I know the GM of the second hosts a lot of events on the server! I’ve seen their advertisements around.