Literally says “just civilians,” and where there is no questioning Sentinels getting involved, such as providing leadership, reading the quote as saying “normal” means the Sentinels when the context given was civilians is likely intentionally misinterpretation.

That is my contribution.

Edited to add a pun.

What retcon? Sylvanas has been an evil character at the very least since Classic, if not even going back to TFT. She developed a plague from Classic onward, had some of her evil scientist nutjob Forsaken perform cruel experiments on people, she started raising more undead for her own purposes in Cataclysm, then she made it into the warchief position in Legion (which I assumed was because the Jailer whispered Vol’jin) and forced the Val’kyr queen or whatever she is to submit to her will so she could use her for her own gains. That was all pre-BFA. It was clear what path Sylvanas was on. Even in Legion people said Sylvanas went too far. Was that all Afrasiabi? Had he been planning this for years? Or did he “retcon” her in BFA by having her do things that are exactly up her alley? BFA Sylvanas is the Sylvanas we’ve been seeing for years now. There is no retcon. The only inconsistency is her forced redemption.

And hasn’t Danuser been in charge for the last couple of years, anyway?

This all sounds like they wanna smear Afrasiabi because of the allegations.

and the war is over, an armistice has been signed.

It actually isn’t. An armistice is a temporary pause in hostilities. That’s why both Korea’s are still technically at war. Also Tyrande explicitly refused to sign it, she isn’t bound by Anduin’s idealism.

she isn’t bound by Anduin’s idealism.

who are we kidding? That’s just a lie they told us until they spin this BS and then Tyrande will finally see the brilliance in Andiun’s wisdom in just forgiving the Horde and kick herself for not doing it sooner.

This is the Alliance afterall. Whatever issues we have get thrown into the freezer.

A clique of big-name Blizzard developers that engaged in rampant sexual harassment, misogyny, workplace toxicity, bullying, and other things. They were largely untouchable by HR and per other sources (some listed in the thread) may have intentionally written some characters and stories in a bad light because of their prejudices. Afrabashi was so bad that he was named in a lawsuit against Activision-Blizzard by the state of California. However, other names like David Kosak, Cory Stockton, Jesse McCree, Greg Street, and several others have been outed as members of the Suite or took part in some of the more reprehensible behavior. See Baalsamael’s thread for a full rundown of the lawsuit.

How the lawsuit has affected the story: Anything to do with any exdevs involved in the abuse removed (e.g. Afrasiabi and others purged, Mac’aree renamed Eredath because of McCree, etc) Various “inappropriate” items (e.g. third leg), flirts (e.g. some homophobic and meta-racist stuff) and emotes removed. Some removed emotes re-added but reworked Some lore changes, e.g. Twin Consorts changed to Twin Empyreans and their lore description altered Greenskin removed from the game (originally just the…

This hasn’t anything to do with the Sentinels.

Sentinels are military and nothing in this quote you’ve provided says otherwise.

The Silverwing Sentinels are military.

That never made sense to me.
So where was the Sentinel army during Garrosh’s invasion?

That’s cause none of it makes sense.

That the Orcs ever had a chance from vanilla onward was always a major discrepancy.

It’s still going to be two to one in that case. Also, see above about how I don’t wish a Teldrassil-style event on the Alliance, not even with reduced casualties.

A bit late on that since we’ve HAD our Teldrassil-style event… on Teldrassil itself.

At the very least the night elves should do a lot better than they ever have.

And not stop at only retaking Darkshore. -.-

Personally I’m on the side of just abandoning the franchise. I only resubbed with gold to talk to someone, I don’t actually care where the current devs take the game or story. You can rewind, ignore whatever you want, but if Shadowlands is any indicator, what comes next isn’t going to be anything inspiring.

You do understand that the Orcs perfected Forest combat in the First War? 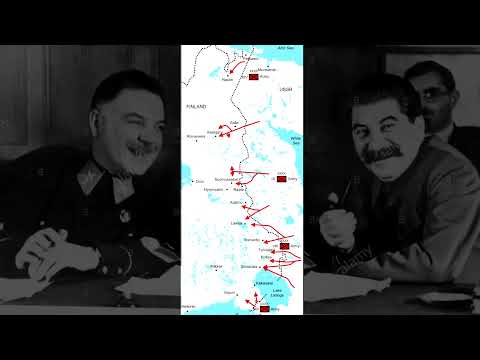 You do understand that the Orcs perfected Forest combat in the First War?

There is a difference between perfecting forest combat and invading a magical forest your enemy has been patrolling and fortifying for 10 thousand frigging years.
Ever heard of home advantage?

The only thing separating the forest trained orcs compared to some invader isn’t as well versed would be “yeah, this place is bad news, let’s not mess with it.” while the other invader would blindly march to their doom.

Yes perhaps a better example. Either works in that the cost would not be worth it and whatever army you used to invade is not going to be useful anytime soon.

If whoever was in charge of the actions, shots and dialogue in that cinematic hadn’t made those choices, it wouldn’t have become a meme.

And I think Afrasiabi was also one of the devs responsible for Sylvanas’ ridiculous plot armor.

I am not sure why we take practical, irl application of arms and armor into account with Warcraft.

Where entire armies have military issued bikini armor, and shoulder armor big enough to shatter your spine. Swords so thick they would weight a few hundred pounds (and that’s only considering the small ones).

There’s good reason for that meme. Plus, if I recall, when Arthas stabbed Sylvanas (according to the novel “Rise of the Lich King” and every cinematic), he stabbed her through the stomach - though I think it was a slash across the torso in the RTS cutscenes.

What Anyaceltica said is a good summary, but it left out one thing. There’s a picture of some of the worst offenders from the lawsuit, including Afrasiabi himself, posing on a hotel bed with a big picture of Bill Cosby (and Cosby was convicted of even worse; they claimed not to know of Cosby’s crimes… but after this I wouldn’t be surprised if it turned out they were lying).

There’s also a picture of a text exchange between David Kosak and Alex Afrasiabi about finding women for the “Coz” that happened around the time the photo was taken. The former - the Cosby suite photo - is seen here…

and the latter text exchange is seen here…

Saying the success of WoW went to their heads is an understatement.

We wish we could be as cool as Finland.

That’s the Alliance’s story every time there’s a faction conflict because they are supposed to be ashamed of their urge to defend themselves. The Dev’s can’t help but fistpump for the Horde whenever the faction conflict gets recognition. At least until they remember about the status quo and force the Alliance to Save the Horde’s Honor™ or whatever they are calling it now.

There’s also a picture of a text exchange between David Kosak and Alex Afrasiabi about finding women for the “Coz” that happened around the time the photo was taken. The former - the Cosby suite photo - is seen here…

Which is why I find it concerning that people are sweeping Kosak’s involvement under Afrabashi. Sylvanas isn’t the only female character in WoW to have her character assassinated to make room for toxic masculinity.

I struggle to think of a historical example of an enemy nation marching into a country, destroying everything and everyone in their path.
Then the invaded country starts fighting the enemy nation to a stand still, joins a coop and then signs a peace treaty with this said enemy country.

Has this ever happened?
Usually these things keep going until one country absorbs the other.